Paul O'Connell is finally set to take up a coaching role in Irish Rugby.

The former Ireland captain has been linked with a coaching role in Irish Rugby since his retirement from professional rugby in 2015, and although he has done some work with the Munster Academy over the past year, he is now set to join Noel McNamara's Ireland U20 team as an assistant coach.

O'Connell will join the Ireland setup this week as the U20 squad look to take on both the Lenster A and Munster A squads ahead of the Nat West U20 6 Nations Championship which kicks off against France on February 2nd. 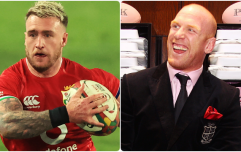 END_OF_DOCUMENT_TOKEN_TO_BE_REPLACED

The Hard Yards caught up with Mike Prendergast last month, a friend and former teammate of O'Connell, and learned that the former British & Irish Lions captain is enjoying his early experiences with coaching.

"Paulie saw, as a player, how much time he put into it," says Prendergast, who is backs coach at Top 14 side Oyonnax. "When it came to doing his job, he worked so much around those 24 hours when he'd be on the pitch and he did even more off the pitch.

"He looks at coaching and it's a long, long season and it takes up so much time. He sees that and he has done [those seasons] for a number of years.

"He's got a young family now but I know, from speaking to him, that some days he's up for it [coaching] and other days he's not so sure. But it would be great to get him into the game, there's no doubt about it. When you speak to him about the game, his approach is so intelligent and he has had so many huge experiences.

" It would be great to see him back involved as he has so much to offer to the game and he is so well respected around the world."

O'Connell was said to have run the Irish lineouts for the latter part of his career and British & Irish Lions coach tipped him as a potential coach when he stayed on in Australia to pass on advice, after he had broken his arm in the First Test victory over the Wallabies.

Prendergast recalls O'Connell, his wife Emily and the couple's children, paying him and Bernard Jackman a visit when they were coaching at Grenoble in March 2016. He says: 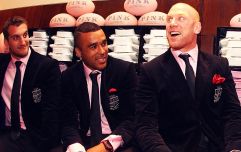 END_OF_DOCUMENT_TOKEN_TO_BE_REPLACED

"They were over more on a family break, for 10 days, but he came in every day, sat down with us and went through training and the way we played with the [forwards implementing] the 2-4-2 system, which he had played under Rob Penney at Munster... The minute he arrived he had that massive respect of the players, and Paul is very approachable and an easy guy to get on with.

"The French guys and the lads of different nationalities were just bouncing ideas off him and having a general chat. He filled in very well, enjoyed it and got a good taste of it."


popular
Solskjaer gamble on Harry Maguire backfires in most horrendous way
"Come on, who is better than Mo Salah at the moment?" - Jurgen Klopp
José Mourinho swaps Conor McGregor a Roma jersey for some whiskey
WATCH: Munster fans in Paris pay tribute to Anthony Foley with spine-tingling Fields of Athenry rendition
"I'll go back running the roads now and make sure my body doesn't get lazy"
Alex Ferguson wrote Mickey Harte a letter - ex Tyrone boss reveals in new memoir
GAA at its best as Bellaghy players run into team-mate who buried his father that morning
You may also like
7 months ago
"It's the best Scottish team I've ever gone up against, as a coach or player"
7 months ago
"People associate hardness, ruthlessness and 'Fear of God' with Paul, but that's 1% of him"
9 months ago
"He's ruptured his hamstring off the bone and he’s trying to get up into the defensive line"
11 months ago
"There is no doubting Baird is a future Irish second row, long-term" - Paul O'Connell
11 months ago
Paul O'Connell names four Irish certainties for Lions, and one bolter
1 year ago
Nigel Owens on how the O'Driscoll and O'Connell captaincy dynamic worked
Next Page