"Paulie was examining it then realised what it was and went 'Aaarrgghh' and threw it miles away."

The weekend past, Paul O'Connell was a guest on 'The Player's Chair' at Electric Picnic and, as he so often does, he provided an insight into his mind-set and what it was like to take part in some of Munster and Irish rugby's greatest days.

Following his chat with former Millwall and Ireland star Richie Sadlier, O'Connell went off to enjoy the sights and sounds of one of the country's finest music and arts festivals, with family and friends.

O'Connell caught up with his friend, and former teammate, Jerry Flannery while he was at EP and, soon after, the afternoon took a turn for the bizarre. 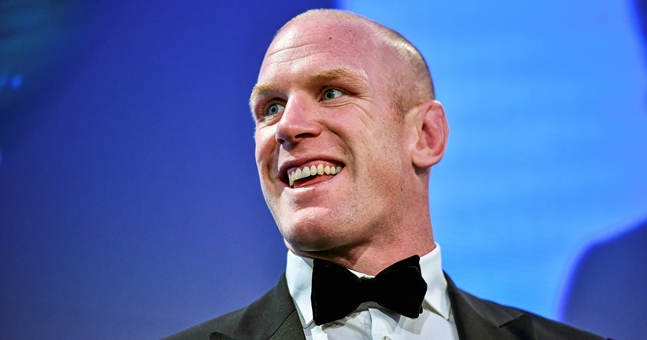 Flannery met O'Connell down by the food trucks and while he was happy to pose for pictures with fans, he was making tracks to head off when one brave soul stepped forward.

"Next minute," Flannery says, "one of them walked over and went, 'Boom', and just stuck this thing on his forehead. I looked at the youngfella and I turned around and thought, 'Is that... ?'

END_OF_DOCUMENT_TOKEN_TO_BE_REPLACED

"It was such an aggressive move," observed Murphy, "because you can't place it on the head. You have to slap it on the head, to get the suction."

"You've got to lick it," Trimble remarked.

YOU CAN WATCH THAT FULL PAULIE/E.P STORY HERE: