Let's hope Pat Lam's departure from Connacht later this year does not turn into one long, nasty break-up.

The Connacht coach is off to Bristol next season but has already stated his reasons to step out from beneath the IRFU's umbrella.

Lam has bigger issues on his mind right now. Ahead of their Guinness PRO12 game against Munster on New Year's Eve, Connacht issued an injury updated that featured the names of 22 players. The updates were mostly negative.

END_OF_DOCUMENT_TOKEN_TO_BE_REPLACED

They lost that game 16-9 and have also lost more players. Ultan Dillane is out for 'five or six weeks' while Jack Carty, John Muldoon and Nepia Fox-Matamua will all miss the next league game at least.

Carty's latest injury blow is the one that has Lam and Connacht in a tizzy. With Marnitz Boshoff, Shane O'Leary and Craig Ronaldson all on the sidelines, the westerners are woefully short of outhalf cover.

Lam felt he had the perfect solution in a Plan B (or Plan E) that he had conceived as far back as September. Mitch Lam, his son, arrived in Galway and started lining out for Galwegians before playing a couple of games with Connacht Eagles. 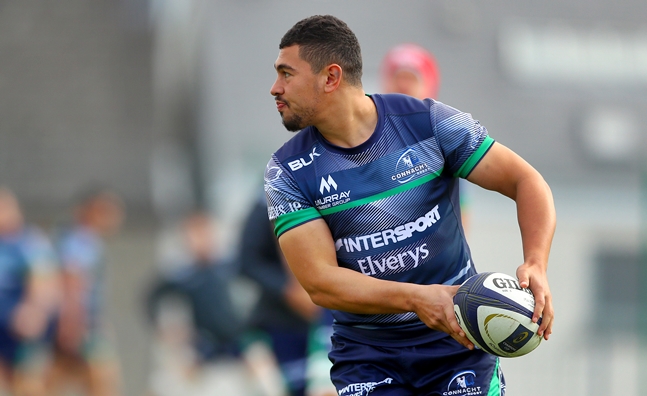 He trained with the senior Connacht squad so he could get used to the plays and calls if he was needed in a time of crisis. That crisis is upon Connacht now but Lam claims the IRFU has rejected the notion of his son lining out for the province... for free. Lam told freelance reporter John Fallon:

"It was just turned down by the IRFU because he is a foreigner.

"Mitch was going to cost nothing; he’s my son, so I wasn’t going to charge Connacht Rugby."

With the request rejected, Lam is now set to play scrum-half Caolin Blade in the No.10 jersey in this weekend's away date with Ospreys. Versatile back Rory Parata is also training as outhalf for the past couple of weeks with fullback Tiernan O'Halloran as emergency cover for the emergency cover.

Lam admits Connacht could have looked at an outhalf playing Ulster Bank Rugby but that player would need three or four weeks to learn all the necessary plays.


popular
"I remember someone saying, 'This guy's the best of the lot of them. Just wait for him'" - Brian O'Driscoll
"I trained with a guy that was born in 2004 the other day. We reckoned Earlsie could be his father!" - Peter O'Mahony
Nigel Owens on most annoying players to referee (three of them are Irish)
The story of the GAA's greatest ever minor
Six All Blacks but no Ireland players in world's top 20 list headed by Antoine Dupont
Longford GAA movie explores the tale so many young footballers can relate to
"I asked one question and lads slagged the arse off me!" - Johnny Sexton on Roy Keane chat
You may also like
1 month ago
"He's one of the best athletes, if not THE best athlete I've seen in the last while"
1 month ago
Connacht's huge victory captured by three emphatic tackles in 20 seconds
1 month ago
Billy Burns has night to forget as Connacht blow Ulster away
1 month ago
Joey Carbery put through the wringer before winning it for Munster
1 month ago
"I won't let that happen!" - Peter O'Mahony riled up by Connacht star
2 months ago
"My new second-favourite team" - High praise for Connacht's gunslingers
Next Page