When Bundee Aki tweeted those two words upon hearing Pat Lam was Bristol-bound at at the end of the season, Connacht fans may have been concerned their influential centre was losing faith.

Not a chance. First he cleared up that frustrated tweet: "Certainly I think I over-reacted. Pat has had a big influence on all of the boys, and especially myself, he has really improved my game. You have got to move on in rugby. People come and go and you have to enjoy every partnership you have and every professional you play with."

Then he put in a towering performance against Wasps as the English giants were dramatically beaten in Galway. 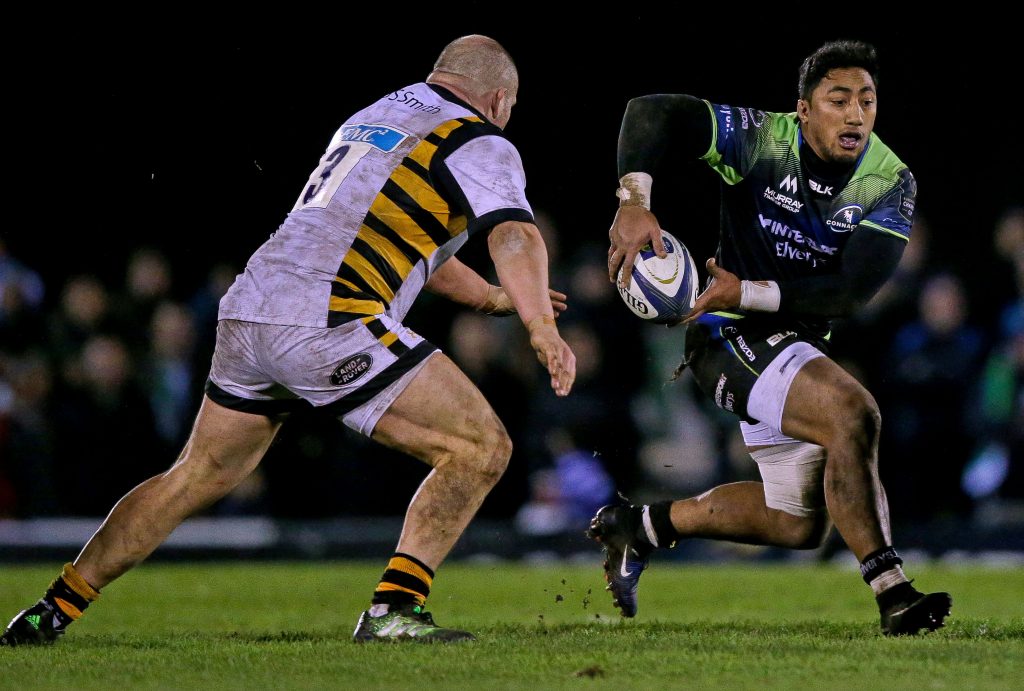 END_OF_DOCUMENT_TOKEN_TO_BE_REPLACED

And then he got injured.

However on Thursday Pat Lam revealed just how determined Aki was to avoid the ankle surgery that will keep him out until mid-February.

Despite the potential for long-term damage and the prospect of serious agony, Aki was ready to play on.

In fact, it took some serious persuasion from Lam to convince the reigning PRO12 player of the season to go under the knife.

"It was once the feedback came back from the surgeons. They got the second opinion, but it’s been ongoing for Bundee. He just gets on with it. He could press on, but as soon as they came back that we run the risk of further damage, we all made the decision to get in there and get it done now," Lam told reporters.

“We sat down and went through all the facts with him and explained it to them. He felt he didn’t want to let the team down, but we said: ‘Mate, you need to get it sorted, get in there and get it done'."

Further proof the big man is a good bugger.


popular
"I remember someone saying, 'This guy's the best of the lot of them. Just wait for him'" - Brian O'Driscoll
"I trained with a guy that was born in 2004 the other day. We reckoned Earlsie could be his father!" - Peter O'Mahony
Nigel Owens on most annoying players to referee (three of them are Irish)
Six All Blacks but no Ireland players in world's top 20 list headed by Antoine Dupont
The story of the GAA's greatest ever minor
"I asked one question and lads slagged the arse off me!" - Johnny Sexton on Roy Keane chat
Longford GAA movie explores the tale so many young footballers can relate to
You may also like
1 month ago
"He's one of the best athletes, if not THE best athlete I've seen in the last while"
1 month ago
Connacht's huge victory captured by three emphatic tackles in 20 seconds
1 month ago
Billy Burns has night to forget as Connacht blow Ulster away
1 month ago
Joey Carbery put through the wringer before winning it for Munster
1 month ago
"I won't let that happen!" - Peter O'Mahony riled up by Connacht star
2 months ago
"My new second-favourite team" - High praise for Connacht's gunslingers
Next Page