Paddy Jackson's move from Perpignan to London Irish has been confirmed by the newly-promoted Premiership side.

Jackson, who moved to France after losing his IRFU and Ulster contract in 2018, will join a side that is led by Declan Kidney and coach Les Kiss. Kidney commented:

"Players of the calibre of Paddy Jackson do not become available very often and both myself and Les are looking forward to working with him in the future.

"He is a player with proven international quality who we feel will add value to our squad, and it is pleasing that Paddy sees London Irish as a part of his future."

In March 2018, Jackson and former Ulster teammate Stuart Olding were found not guilty of rape and sexual assault of a young woman after a lengthy trial in Belfast. Jackson later apologised for some 'degrading and ­offensive' WhatsApp messages about the woman involved in said case. 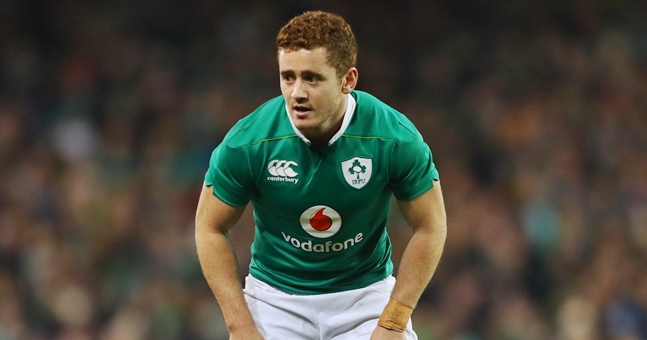 Jackson, who won the last of his 25 Ireland caps in June 2017, is excited to be making the move to England. He said:

"I’m delighted to be joining London Irish next season at such an exciting and pivotal time for everyone involved with the club.

"London Irish have a clear vision for where they want to be and I look forward to being part of it."

The move has clearly been in the works for a number of months as it was first reported by The Telegraph back in January.


popular
The SportsJOE 12 o'clock quiz | Day 75
SportsJOE 2000s Football Quiz | Round 4
SportsJOE 2000s Football Quiz | Round 3
The SportsJOE 12 o'clock quiz | Day 73
QUIZ: Name the footballers to have played for Manchester United & Real Madrid
The SportsJOE 12 o'clock quiz | Day 74
How Jacob Stockdale took the power away from online trolls
You may also like
2 days ago
Tadhg Beirne raring to go again after gruelling double injury rehab
4 days ago
"Paulie was like Casper the Ghost... he had lost about two stone in the two days"
5 days ago
You'll be hard pushed to get full marks in this Serie A quiz
5 days ago
Nigel Owens on how the O'Driscoll and O'Connell captaincy dynamic worked
5 days ago
Tadhg Beirne on the Wayne Pivac request that helped change his career
1 week ago
Baz & Andrew's House of Rugby - Tadhg Beirne and John Cooney
Next Page