Ireland's next game is against Japan in November.

Andy Farrell and his coaching team have assembled a group of 50 players for a one day camp at the IRFU’s High Performance Centre at the Sport Ireland Campus in Dublin.

The Ireland men’s squad have an action packed 12 months ahead with games against  Japan, New Zealand and Argentina at the Aviva Stadium in the Autumn Nations Series in November.

END_OF_DOCUMENT_TOKEN_TO_BE_REPLACED

In February and March there are tricky away games against England and France in the 2022 Six Nations Championships while Ireland host Wales, Italy and Scotland at the Aviva Stadium.

In July 2022 the team are also due to play a three Test tour against the All Blacks in New Zealand.

Also during this period Jack Conan, Tadgh Furlong and Robbie Henshaw started all three Tests for the British and Irish Lions against South Africa while Conor Murray featured in all three games starting the second Test. Tadhg Beirne was a replacement in the first two Tests and Bundee Aki started the series decider. 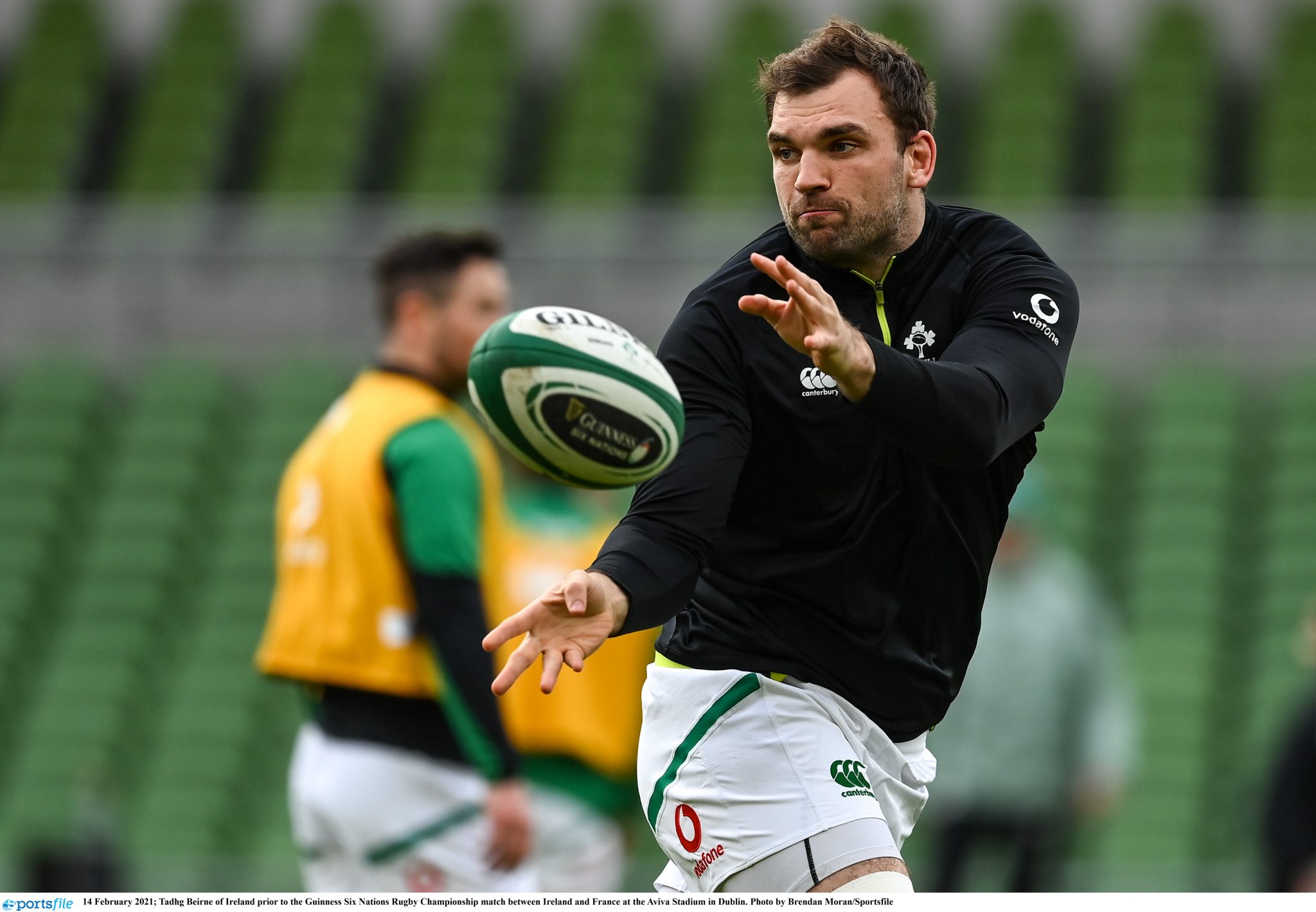 Ireland’s Autumn Nations Series games at the Aviva Stadium will be televised on RTE (ROI) and Channel 4 (NI).  The IRFU will finalise stadium capacity for these games following direction from government in October.


popular
Paul Scholes calls a spade a spade after comeback win
It's often forgotten that Tommy Walsh began his career with the same stardom and promise as David Clifford
Derry club win county final factfile games with extravagant set of jobs
Jordan Larmour primed for a season to remind everyone how good he is
Shane Walsh: 'That's not how I was coached to play football. No one was coached to play football that way'
Paul Scholes says Paul Pogba is a "daydreamer" and Fred and McTominay are "limited footballers"
Spicy Donegal semi-final the highlight of a rip-roaring weekend of GAA on the tv
You may also like
2 days ago
Seven exciting Ireland prospects pushing for November squad inclusion
2 days ago
"Where Johnny Sexton is so important to us now is being able to pass the baton"
2 days ago
"I'd love to finish on home soil but I can't see it. I won't be playing in the next Six Nations"
3 days ago
England select Marcus Smith and Manu Tuilagi as several big names miss out
3 days ago
Ireland star Will Connors on his rude awakening playing GAA in KIldare
3 days ago
New Zealand rugby star Sean Wainui dies in car crash, aged 25
Next Page