No room in rugby awards for PRO12's best Irish player

What a difference a year makes for Connacht.

This time last season, Pat Lam's men were preparing for the final league game of the season against Glasgow Warriors. They won that, beat Warriors in the semi finals and did for Leinster in the final.

Connacht players such as Matt Healy, John Muldoon, Tiernan O'Halloran, Jake Heenan and Ultan Dillane all had stand-out seasons but few were complaining when CJ Stander won Players' Player of the Year.

This time out, Stander is nominated along with Conor Murray, Robbie Henshaw and Tadhg Furlong. There is a sense that the quartet's international exploits may have tipped the balance as there is no room for the best Irish player in this season's Guinness PRO12. 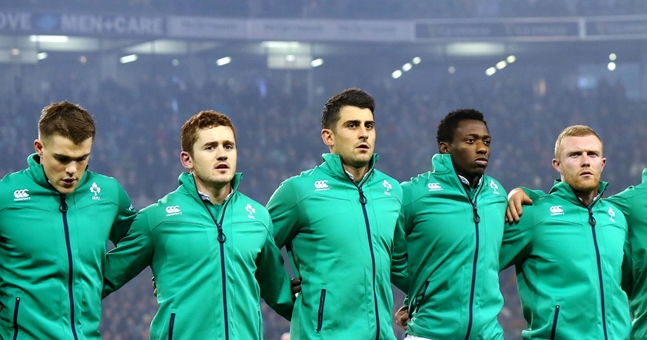 Connacht are on course for an eighth place finish after failing to cope with a Champions Cup campaign, player departures and a wincing injury list. They should still be okay for a Champions Cup playoff spot but only because Edinburgh, Dragons and the two Italian sides have been so poor.

It has been a bad season for Connacht, as a whole. For O'Halloran, it has been a season to remember.

The fullback has been, by far, the league's most dangerous and consistent performer. He has played 24 times for Connacht and started all but one game.

In the PRO12, he has made 280 carries for 1,942 metres gained. Indeed, during the Champions Cup pool stages, O'Halloran also topped the charts for carries and metres gained.

Added to his five tries and three assists, this season, he has also slotted over a conversion and nailed a crucial drop goal. When he got his chance for Ireland, against Canada, he scored two tries but there was no getting past Rob Kearney and then Jared Payne in the Six Nations.

END_OF_DOCUMENT_TOKEN_TO_BE_REPLACED

It is easy to see why Ireland's professional rugby players have opted to reward the players that defeated the likes of New Zealand, Australia, France and England over the past seven months but it would have been nice to see O'Halloran's scintillating league form rewarded.

Perhaps that will come with a summer tour call-up for Ireland.

YOUNG PLAYER OF THE YEAR

SUPPORTERS' PLAYER OF THE YEAR


popular
Gatland comments give insight as to why CJ Stander missed Lions call
The Garry Ringrose narrative around the Lions Tour is complete bull
"Original Conor McGregor" Nick Diaz recounts heartwrenching story of his girlfriend's suicide
The SportsJOE 12 o'clock quiz | Day 347
The English media reaction to Lions squad announcement was suitably spiky
'Jesus Christ! How am I going to put up with this lad for nine weeks?!'
So Anthony Johnson weighs 285lbs right now and wants fight with Jon Jones at heavyweight

You may also like
3 days ago
James Ryan and Iain Henderson may be fighting for one Lions spot
1 week ago
Tadhg Furlong declared 'single most important player for Lions touring party'
1 week ago
"It's going to be the biggest thing in this person's life, ever" - Rory Best reveals his Lions captain pick
1 week ago
When Gordon D'Arcy brought a coffee to a Joe Schmidt walk-through
1 week ago
Full Ireland ratings as Murphy-Crowe and Flood make the difference
2 weeks ago
Cliodhna Moloney's commendable attitude after Ireland's bumpy landing
Next Page