There have been five red cards in the World Cup so far, surpassing all other previous records.

Nigel Owens flashed his first red card of the tournament in England's comprehensive victory over Argentina, and it effectively killed what was shaping up into a real battle.

In fairness to Owens, he had no other option but to send Argentine lock Tomas Lavini off after he pole-axed Owen Farrell with a shoulder to his chin. There was no issue with that, but Owens failed to stick to the letter of the law with two bad tackles from English players.

In the first five minutes, with Argentina pressing for a try, tighthead prop Kyle Sinckler went with a no-arms tackle straight into the shins of ball-carrier Guido Petti. 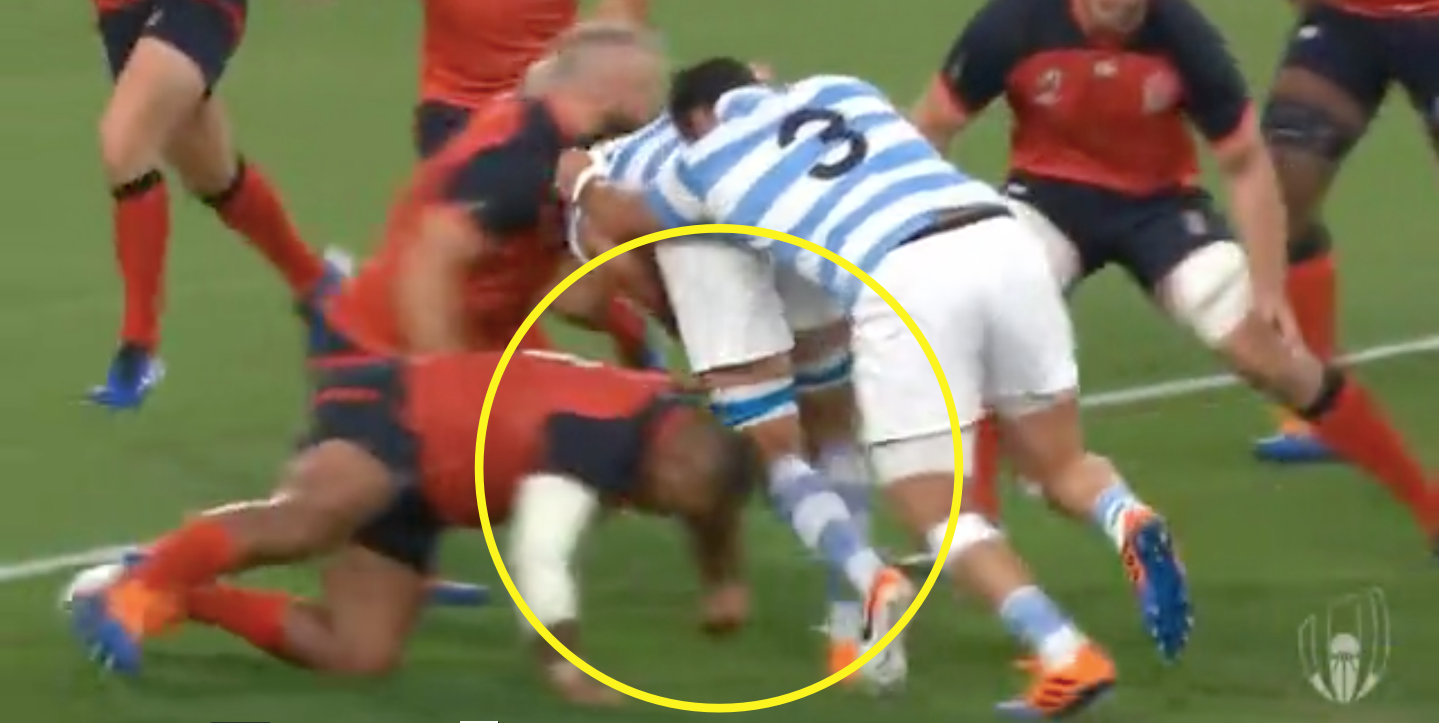 END_OF_DOCUMENT_TOKEN_TO_BE_REPLACED

Owens gave Argentina a penalty but it was a reckless cannon-ball tackle to Sinckler that put himself in as much danger as his opponent.

Later in the game, with Argentina down to 14 men and England leading 5-3, Manu Tuilagi hammered into an airborne Emiliano Boffelli after he had claimed a high ball.

Boffelli was still two feet from the ground when the Leicester Tigers centre hurtled into him and left him in a heap: 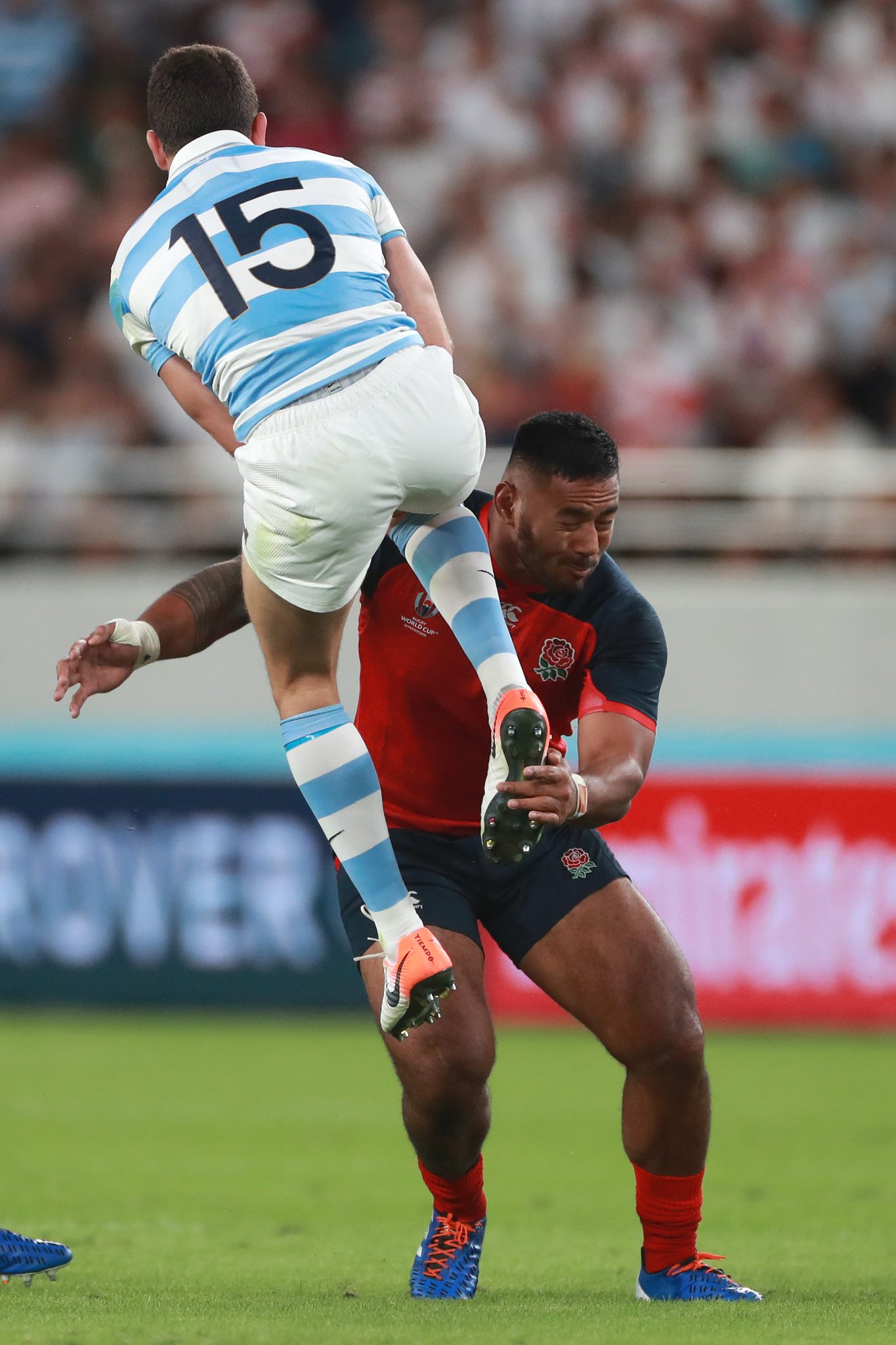 The Argentina players were baying for a yellow card, at least, but Owens deemed the offence to be merely a penalty.

The law does state that it should be just a penalty if the referee deems it to be a timing issue with the tackle. At half-time in the Pool C match, former England boss Clive Woodward said Owens had got that call wrong, and he was not the only one.

England should have two yellow cards in this opening 24mins #ENGvARG

Pity to see it but Nigel continues the ref issues at #RWC2019 Side expected to win getting all the decisions! 🙄 England should have 2 yellows!! Result probably the same but #SadToSee 😔 #ENGvARG #RefIssues pic.twitter.com/vnlzMlAN0Q

In the final quarter of the match, England sub Courtney Lawes was the next player to get the lenient treatment from Owens when he followed through on Boffelli, who had just kicked upfield, and left the Argentina No.15 flattened.

No connection with the head so, rash as the impact was, Lawes escaped a yellow and was just penalised.


popular
Paul O'Donovan busts the cliches and leaves the mystery behind him in one more emphatic interview
Ireland's rowing heroes on what everyone was shouting as they beat Team GB to bronze
Next time someone doesn't cut you slack for commuting to training, show them Joe Canning's words
Aidan O'Shea on gym work, training over lockdown and the importance of younger players bulking up
Warren Gatland with great response after being asked if he'll set up Twitter account
"Ah I suppose it's fine" - Paul O'Donovan and Fintan McCarthy are Olympic gold medallists
People are shocked after finding out how much an Olympic gold medal is actually worth
You may also like
1 year ago
Sinckler a stand-out, but more consistency needed - Flannery
1 year ago
"We haven't got a long-term or short-term estimate of when Joey is back" - Stephen Larkham
1 year ago
House of Rugby team agree on seven players in World Cup 'Best XV'
1 year ago
Pieter Steph Du Toit locks down World Player of the Year award
1 year ago
Kyle Sinckler knocked out by Maro Itoje elbow after only two minutes
1 week ago
How decision to bench Conor Murray impacted on other Irish players
Next Page