Munster have rediscovered just about everything that once made them legends. The only thing missing, for now, is silverware.

There were a number of remarkable moments at Thomond Park on Saturday evening, as Munster won 41-16, and a few of them arrived after the final whistle.

A hobbling Peter O'Mahony led the victorious lap of honour with a hobbling CJ Stander bringing up the rear, Keith Earls carried his daughter Ella May on his shoulders and a host of Munster players broke away from celebrations to console their Toulouse counterparts.

Munster know what it is like to find the weight of expectations too much to bear. They have been where Toulouse are now.

"It was the first quarter-final for a lot of us today," said Munster hooker Niall Scannell, "and there was probably fellas in the group pushing how important it was and that we haven't done ourselves justice in this stage of Europe a lot of times.

"There was lots of pressure there to get into the semis and we're just massively excited now to get onto the semi-finals. I went into the Toulouse dressing room and I can see where they are now; it's very tough.

"For us, we're just happy. We know there's still a long road ahead but we can only handle what we can handle at the moment and I thought we did a good job of that today."

Niall Scannell says himself and a few of the @Munsterrugby lads went into the @StadeToulousain changing room after to wish them well pic.twitter.com/jIjh6cp4pb

By heading straight into the Toulouse dressing room, to share some words and a beer [for those with a thirst], Munster paid their respects to a great rival that is struggling to live up to its reputation as a European giant. Scannell continued:

"A few of us headed in and I spoke to [Leonardo] Ghiraldini for a long while. Obviously I played against him when we played Italy as well. They're in a tough place and you could sense that in there.

"They have Toulon next week, so you can see that they're fighting a bit of an uphill battle. A team with that quality, you'd hope to see them pull through now and finish in the top six of the Top 14, which is probably their ambition for the next few weeks going forward." 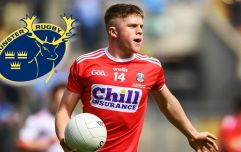 END_OF_DOCUMENT_TOKEN_TO_BE_REPLACED

The post-match gesture, and Scannell's words, were pure class and show Munster are reconnecting with the rugby values - of brotherhood and leaving rivalries out on the pitch - that served them so well in the past.

For Toulouse captain Thierry Dusautoir, the result sucked but 'it was something really special to be here and play against the Munster men'. Dusautoir was not up for offering Champions Cup predictions after his side's exit but he did hark back to Munster's last triumph, in 2008.

"I would hope for the best for the end of the season, maybe they will be able to put their names in the Munster legend."

Lovely words from the Frenchman and words that each and every Munster fan will agree with.


popular
Baz & Andrew's House Of Rugby - Twickenham carnage
Jacob Stockdale and Johnny Sexton not spared by English press
'Were they up for it more than us? That's my responsibility' - Andy Farrell
The Ireland XV that should definitely start against Italy
ROG hits the nail on the head assessing Ireland's performance
Triple Crown wrenched away as England scrape Ireland off their boots
Tyson Fury reveals what happened when he sparred Anthony Joshua
You may also like
1 week ago
"I'm going with my gut here and feel it's the right thing to do" - Andrew Conway
2 weeks ago
"It just has to stay alive" - Cork's battle to produce the goods
1 month ago
Baz & Andrew's House of Rugby - Munster on the ropes
1 month ago
Former Munster star Paddy Butler signs for top Japanese side
1 month ago
Six Leinster players that could benefit from a provincial switch
1 month ago
Not a single Munster player is guaranteed of starting for Ireland
Next Page