'A lot of teams in Europe would have given up at that stage... we just kept fighting'

"We can go back to Paris proud of ourselves."

So said Simon Zebo after his Racing side drew 21-21 with Munster at Thomond Park. Racing can be proud, the sure can, but most will have left Limerick asking themselves how they came so close to losing a game that was in their front pocket for so long.

Teams playing at Thomond Park know they are doing a good job if, for long stretches of the game, they can hear themselves think and hear their teammates' calls out on the pitch. Two wonderful tries - from Finn Russell and Teddy Thomas - spread apprehension through the Munster faithful and all they had to show for 39 minutes of effort were two JJ Hanrahan penalties.

A vital turnover, secured by Niall Scannell, and a slick backline move for a Keith Earls try got Munster, and the crowd, pumped and all was looking a sight better when Hanrahan's third penalty, on 47 minutes, levelled the scores at 14-14. 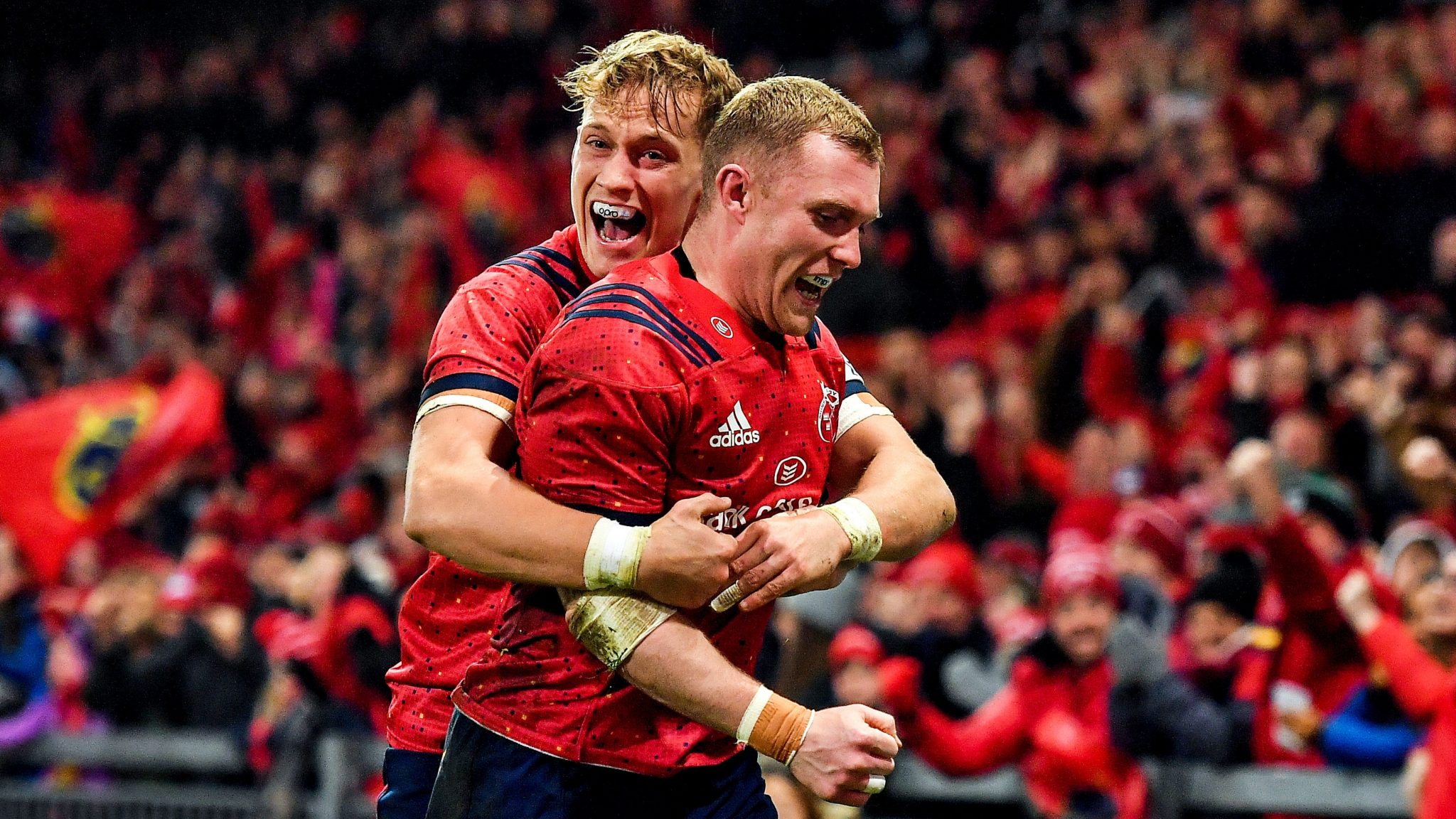 Many would have expected Munster to kick on from there but the next 15 minutes saw Racing reef the initiative. Russell sliced through the Munster line and set up Juan Imhoff for a try before Racing twice went close to getting the try-scoring bonus point.

The final blow never came, though, as Russell missed a penalty that would've pushed his team 10 clear. Munster sensed their opponents had punched themselves out and, allied with the bench making an impact, on they came.

Hanrahan set up Andrew Conway for a lovely try, out on the right wing, and then landed a tricky touchline conversion to leave it at 21-21. The Currow native could have ended as uber-hero but he pulled a relatively simple drop goal wide in the closing stages and left Racing off with two points for the draw.

Following the match, Munster head coach Johann Van Graan reflected on the fighting spirit that kept his team in the hunt.

"You see that the players gave it their all. I thought the crowd played a massive part. You’ve just got to keep hanging in there. We made a few big calls in the first-half to go to the corner and it paid off with Earlsy’s try. In the big matches, like you saw out there today, it’s inches literally right through the game, and we held on and we held on, and we got some momentum and we scored that try, we got ourselves literally within one kick of winning this game." 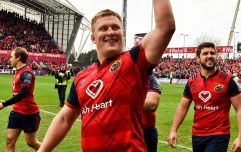 END_OF_DOCUMENT_TOKEN_TO_BE_REPLACED

Up next for Munster are Saracens, who rebounded from their opening round loss to Racing by pummelling a hapless Ospreys at Allianz Park.

For all the talk of Sarries sending a shadow team to Munster, they will surely include some of their bigger guns as an away win, before they get the Irish province back to their place a week later, would set them up with a decent shout of reaching the last eight.

"What we’ve learned in this competition is you take the points on offer," said Van Graan. "We got ourselves in a winning position. Unfortunately, it didn’t go over. That’s just rugby.

"I said to the players afterwards as a coach all you can ask is that they gave everything they got and we did. The players most certainly did. Racing from minutes 50 to 60 put a big squeeze on us, two/three phases put it in behind. I think it was something like three 22 metre drop outs in a row they put it in behind us, we dotted it down and went again. So they were also playing for field position.”

"We got that scrum penalty, and we got some field position and we unfortunately couldn’t get a penalty advantage at the end and we had to go for a drop goal, and unfortunately it went to the left."

After 60 minutes, Munster were down but Racing never put them out. They were left to regret it but it could have been so much worse.

popular
The SportsJOE 12 o'clock quiz | Day 144
"No doubt he'll say he played shit like he normally does, but I thought it was a good game."
Portumna prodigy streaks to eight shot Irish Boys win with bogey free round
There's a very simple reason why PSG have signed Maxim Choupo-Moting
SportsJOE 2000s Football Quiz | Round 12
The SportsJOE 12 o'clock quiz | Day 143
Three teams Leinster can pit against each other to prepare for Munster
You may also like
1 week ago
"When I signed for Munster, I didn't know Damian was coming as well" - RG Snyman
2 weeks ago
"If you can do something for your fellow man, that says a lot about you"
3 weeks ago
Dates and times confirmed for Irish province's return to rugby
3 weeks ago
"Get jacklers into your team" - How Munster should line up when rugby returns
3 weeks ago
Munster need JJ Hanrahan to wear the crown if they are to end Leinster's reign
3 weeks ago
"There was a Watt-bike, weights and a piece of grass waiting for him"
Next Page