Munster were in such a comfortable position, with seven minutes to go, that they could afford to take off Damian De Allende to finish with 14 men.

Munster effectively wrapped up their bonus point victory over Connacht, in their final game of the Guinness PRO14 regular season, after 50 minutes and were able to rest a number of key players.

Off came Conor Murray, JJ Hanrahan, Peter O'Mahony, Tadhg Beirne, Niall Scannell, Jeremy Loughman, John Ryan and even - a rare event, this - CJ Stander. So, when De Allende took a blow to the cheek after 73 minutes, they could have asked him to finish out the game.

END_OF_DOCUMENT_TOKEN_TO_BE_REPLACED

At 49-12 up, however, Johann Van Graan called him ashore. They were playing against 13 men, too, so no harm in finishing out with 14. It was that kind of a game. Frantic yet inevitable for ill-disciplined Connacht.

Asked about the health of the World Cup-winning South African centre, after the game, Van Graan commented:

"No, we just took him off the pitch. The game was won and we just tried to protect him. He hasn't played a lot of rugby. There's absolutely nothing wrong with him, we just said we'd finish the game off with 14 for the last 10 minutes." 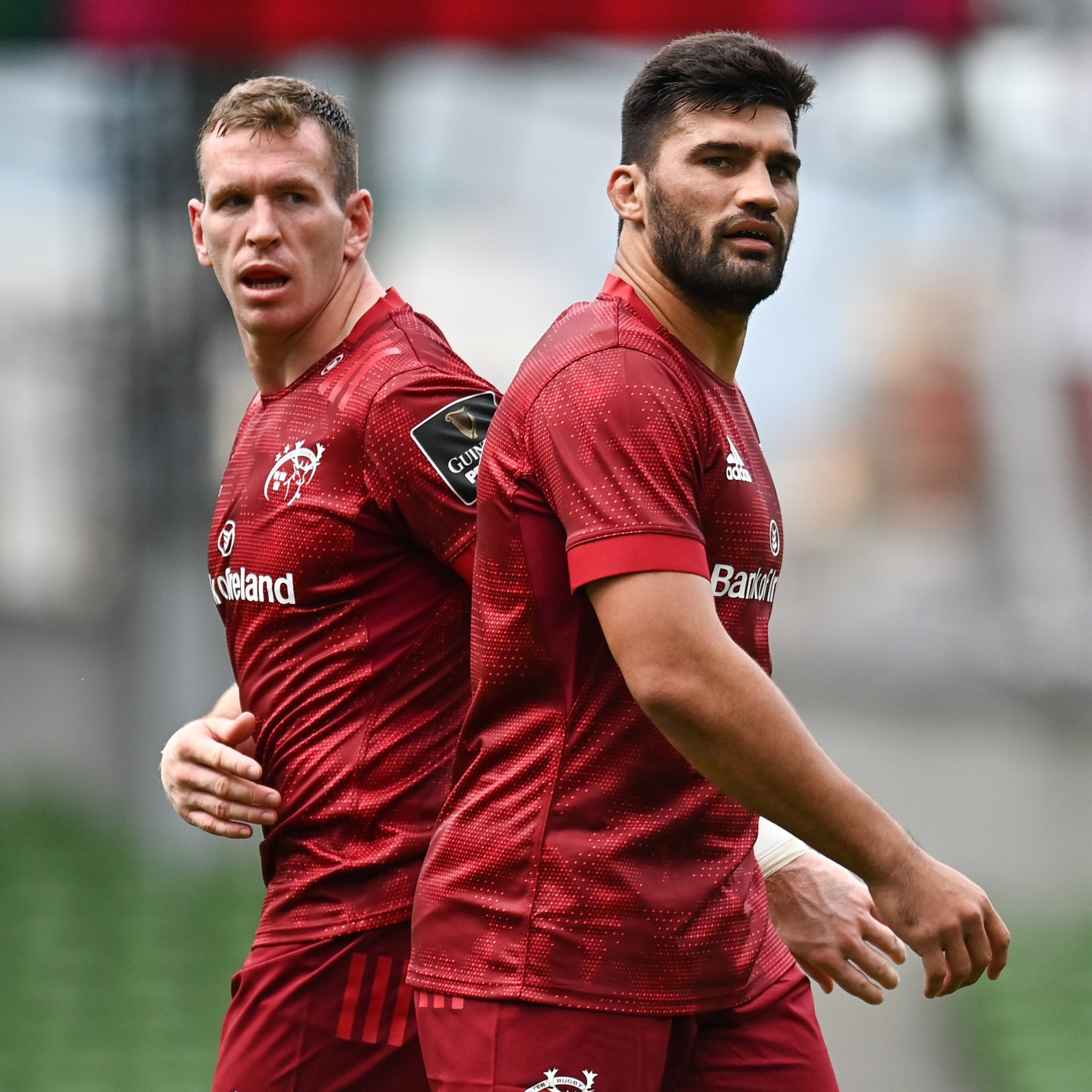 The bonus point victory puts Munster on a collision course - yet again - with Leinster in a Guinness PRO14 semi-final. The reigning champs have done for Munster a couple of times in recent history and they are getting an extra days' rest before the Friday evening encounter [back here at the Aviva Stadium].

Van Graan left us in no doubt what he reckons of enforcing a five-day turnaround on his side. He commented:

"It's the shortest turnaround that we've had in years. Those are the cards we've been dealt, so we'll get back to Limerick and Cork tonight, literally have one training session and we're back here on Thursday.

"It's all about recovery but that's the challenge of sports and that's what we've got to do. We'll be back here on Friday evening against the champions in their back yard."

END_OF_DOCUMENT_TOKEN_TO_BE_REPLACED

The Munster head coach says his players will only have 60 minutes of on-pitch training time during the week. Leinster - with a home semi-final secured months ago - also had the chance to rest several senior players when they played and defeated Ulster on Saturday evening.


popular
The most Stone Age tackle you've ever seen gets South African lock straight red card
Galway fans' frosty reception for Davy Fitz doesn't make any sense
"Johnno went, 'We’re not moving! You're trying to mess us about!'" - Ben Kay recalls red carpet controversy
"Some of the generals wanted me executed" - Irish rugby legend on flag caper that went wrong
Neil McGee hasn't worked in eight weeks after back injury but still won't rule out championship return
'Brian was a genius... he would've killed you to even win a game of touch'
Wallabies star bounces off Duane Vermeulen like a brick wall, gets yellow-carded
You may also like
4 months ago
The incredible run of events that saw Tadhg Beirne become a Lion
4 months ago
Kieran Marmion sends reminder to Andy Farrell as two young guns front up
4 months ago
Dream on hold for Munster fans as O'Gara agrees to new deal at La Rochelle
5 months ago
"Munster was like playing for your local GAA club. The craic was 90"
5 months ago
"I'd like Ronan O'Gara at Munster in the next 12 months" - Niall Ronan
5 months ago
"Gavin Coombes was outstanding" - Munster's ray of hope as European light snuffed out
Next Page