Mike Haley produced a moment of solo genius to set Munster on the road to the PRO14 final, but they still required a defensive lapse from Bundee Aki.

The match came to live from the very first minute as the visitors ploughed forward in the hopes of striking the first blow.

Munster faced a scrum on their own five-metre line but were caught out when their pack was turned to the left-hand touchline before Connacht spread play wide to the opposite wing, and Jack Carty made them pay.

Anticipating that Matt Healy would have held his position, out wide, the Connacht No.10 flung a looping pass that he took on the charge before evading a desperate Chris Farrell tackle to score.

Jack Carty dialled in from the start at Thomond Park

Connacht had the better of the opening 20 minutes but could not add to their 7-0 lead. Munster would always have a period of dominance and it arrived over the next 10 minutes. Having twice been held up over the Connacht tryline, it was James Cronin that made it third time lucky from close in.

Andy Friend's side were in Limerick to show what they were made of, however. With Gavin Thornbury, Bundee Aki and Tom Daly impressing, Connacht forced another scoring chance and Carty made it 10-7 before half-time before Ben Healy missed a chance to respond with the last kick of the half. 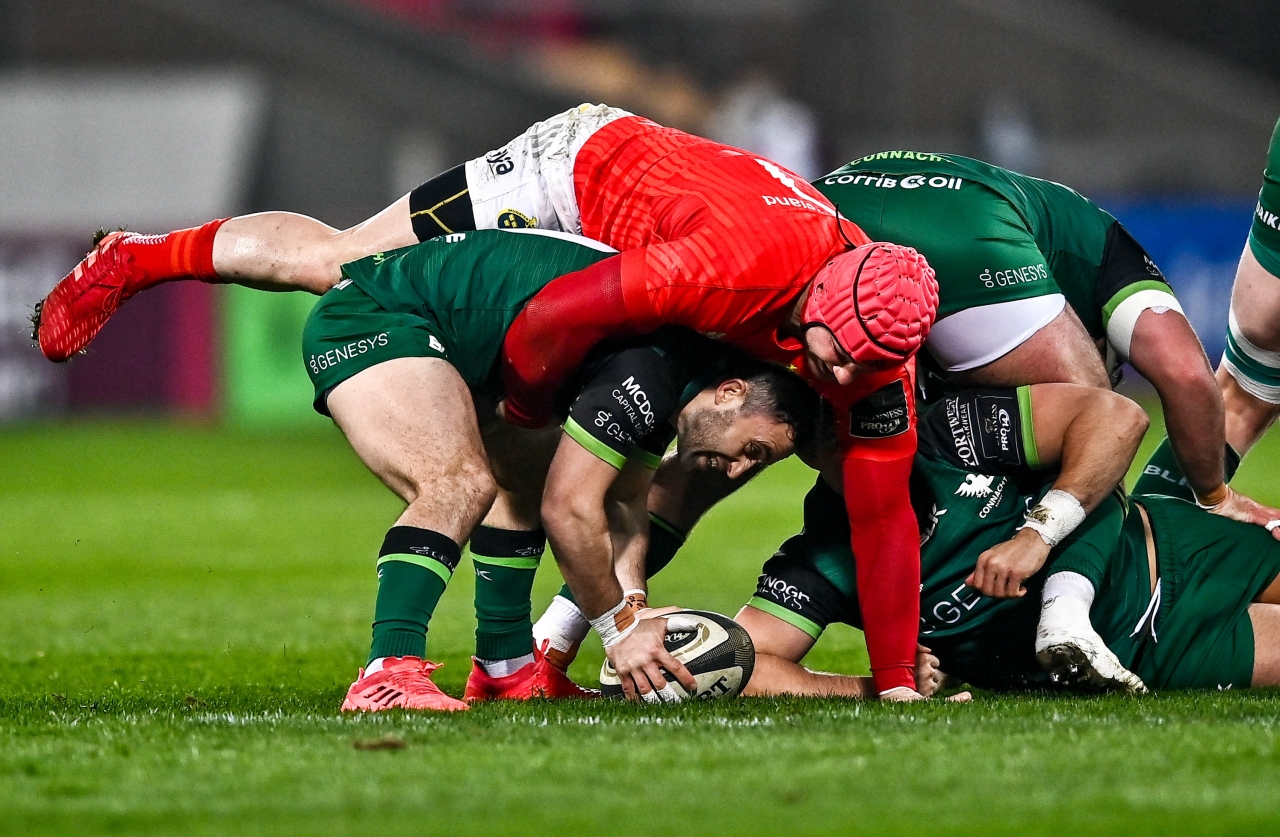 Caolin Blade is tackled by Chris Cloete during the Guinness PRO14 match between Munster and Connacht at Thomond Park in Limerick. (Photo by David Fitzgerald/Sportsfile) 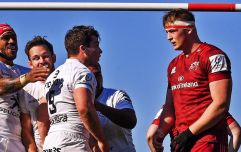 END_OF_DOCUMENT_TOKEN_TO_BE_REPLACED

Healy levelled it up at 10-10 just after the break and Connacht looked in trouble when Bundee Aki was yellow-carded. They hung on, however, and the scores remained the same as Healy missed wide with another penalty attempt just as Aki re-took the field.

Munster had just brought on Jean Kleyn, Kevin O'Byrne, Damian De Allende and Joey Carbery, around that time, but it was Munster fullback Mike Haley that smashed the westerner's resistance with a wonderful solo try after a high aerial take.

Mike Haley flaming it up in Limerick tonight 🔥🔥 pic.twitter.com/1YowoxMhg9

Just as that looked as if the hosts could be ready to put this tie to bed, Connacht responded brilliantly. Jack Carty was almost through for a score but Chris Cloete prevented any quick ball retention from Connacht and was sin-binned. As he settled in for his 10 minutes of stewing, Paul Boyle punched through for a try that Carty converted.

We were level for all of four minutes, though, as Aki gave away a silly penalty in front of his own posts. Carbery made no mistake and Munster were back in front, 20-17.

Try as they might, over the final 13 minutes, Connacht could not get the score to give them a chance of coming from behind in the Conference B standings. Munster did enough and they are in the Guinness PRO14 final.

Barring any Ulster miracles on Saturday, and beyond, Johann Van Graan's side should meet Leinster there.

Our Man of the Match: Gavin Thornbury (Connacht)


popular
"Twas often I felt like firing a boot at him' - Micko's words of consolation didn't go down well in Cork
"I couldn’t speak, but Rhys could see that something serious was going on"
Endearing Keith Earls story proves he will never forget his roots
Springbok star Eben Etzebeth's lockdown workout would break most of us
Why Jude Bellingham wears the No. 22 jersey
Eric Cantona confirms famous Roy Keane story about him
Cabrera and Woods miss their Champions Dinner as biggest week in golf kicks off
You may also like
6 days ago
Munster's Champions Cup dreams blown away by late Toulouse burst
6 days ago
Worrying footage as Tadhg Beirne suffers "bad injury" to ribs
1 week ago
Pieter Steph du Toit comments on Munster move demonstrate biggest stumbling block
1 week ago
Leinster break Munster hearts, all over again
2 weeks ago
Some of the stuff said about CJ Stander this week would wilt your spirit
3 weeks ago
CJ Stander inherited a great man's jersey, and made it even greater
Next Page