As 2018 winds down, we are getting a lot of Team and Player of the Year awards, votes and opinions. Conor Murray's name is not in enough of the debates, conversations and, for that matter, teams.

END_OF_DOCUMENT_TOKEN_TO_BE_REPLACED

The likes of Faf de Klerk, Aaron Smith and even Ben Youngs have all been picked ahead of Murray in various votes and media selections. To our mind, Murray is the best scrum-half in the world and his missing the November internationals does not mean he was the best No.9 in world rugby this year.

On Sunday afternoon at Thomond Park, Murray proved his undoubted class again, weeks after his comeback from a neck injury, to inspire Munster to a Champions Cup romp against Castres.

It was a scrappy affair in Limerick but Munster eventually ground the Top 14 champions down.

In fairness to Johann van Graan's side, their preparations would have been hit by the late withdrawals of Joey Carbery (tight hamstring) and Chris Farrell. JJ Hanrahan and Sam Arnold were drafted in and the former was kept busy throughout.

END_OF_DOCUMENT_TOKEN_TO_BE_REPLACED

The first half was particularly grim viewing as the conditions - strong winds and rain showers - contributed to a slew of errors. Not all of it can be blamed on the inclement weather, though, as some of it was pure carelessness.

Castres were content to kick the ball away whenever they got it and Munster ended the first 40 minutes with 75% possession. They also went in 6-0 up after two JJ Hanrahan penalties. 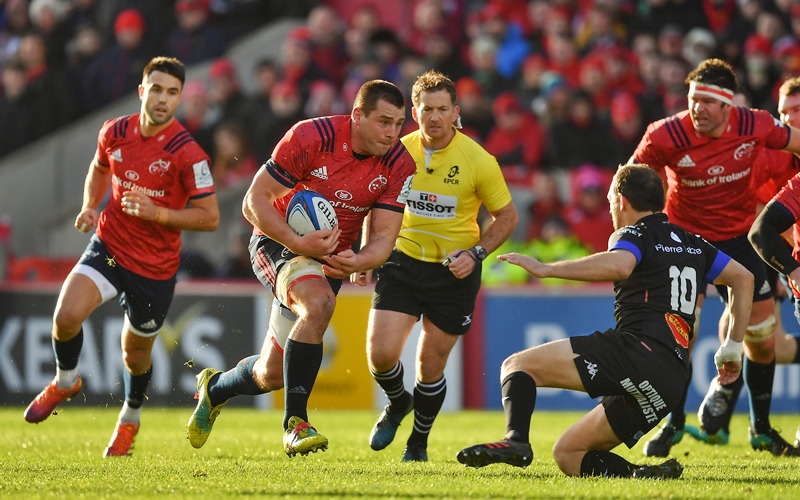 Munster figured Castres out after the break and some familiar faces came to the fore.

Conor Murray started to make snipes around the ruck and showed strength and awareness to get an offload to Rory Scannell for Munster's first try. 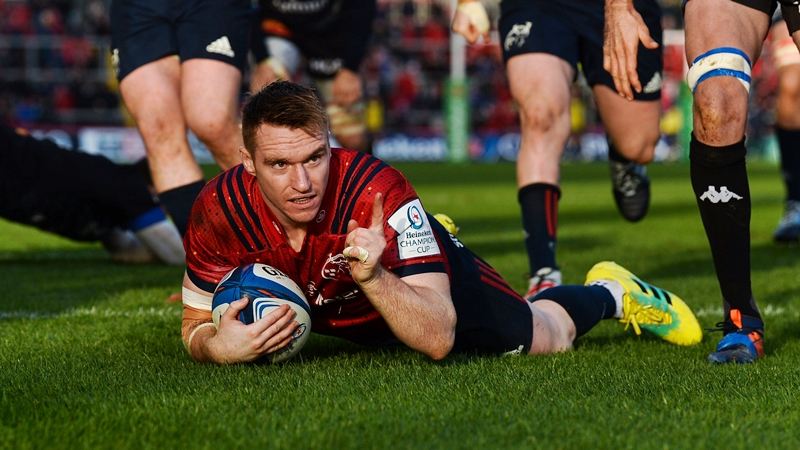 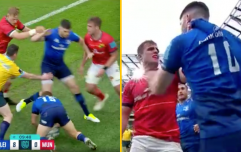 END_OF_DOCUMENT_TOKEN_TO_BE_REPLACED

When Castres tried to answer back, Tadhg Beirne, Peter O'Mahony and Chris Cloete all chipped in with crucial turnovers.

The win looked on but the tryscoring bonus did not seem likely until a superb Conor Murray break and offload to CJ Stander got try number two. JJ Hanrahan converted to make it 23-0 and there was suddenly hope of another late miracle in Thomond Park.

Mike Haley had the crowd out of their seats when he made a 30-metre break after taking a Beirne skip pass high above his head and streaking forward. Castres survived that flurry, but not for long.

Scannell and Alby Mathewson, on for Murray, set up Hanrahan for a try-scoring chance that he gleefully grabbed before lopping over another conversion (his sixth successful kick).

Munster were denied the tryscoring bonus at the end and Castres even helped themselves to a late, consolation score themselves.

OUR MAN OF THE MATCH: Conor Murray


popular
Noel Gallagher left 'covered in blood' after headbutt from Ruben Dias’ dad
Cutting through the contradictions from one of the worst television segments of the year
Aiden McGeady details the abuse he suffered after playing for Ireland instead of Scotland
BBC apologise after accidentally posting mocking Man United message live on TV
Roy Keane shows great comic timing after Jack Grealish party invite
France the sore losers as Ireland Men reach first ever Sevens World Series final
The FootballJOE Pub Quiz: Week 38
You may also like
2 weeks ago
Jack O'Donoghue and Alex Kendellen play themselves into Ireland's summer plans
2 weeks ago
Romain Ntamack apologised to Munster players after his premature shootout celebration
2 weeks ago
Maro Itoje makes Munster shoot-out suggestion as province reels from dramatic exit
2 weeks ago
Peter O'Mahony heroics in vain as Munster suffer shoot-out heartbreak
2 weeks ago
Conor Murray primed to face man that took his crown as world's best
3 weeks ago
Adding Mike Prendergast to Munster coaching staff makes all kinds of sense
Next Page