In fairness to those at Munster that had a say in these concerts, last season's quarter finals were held much earlier.

Munster won the right to host Toulouse in a home quarter final of the Champions Cup, after they saw off 2020 champions Exeter on their home turf, on Saturday afternoon.

Inspired by Joey Carbery and Peter O'Mahony, Munster were comfortable winners over Exeter. Had Ulster beaten Toulouse, they would have been heading north to face Ulster in the last eight, at Kingspan Stadium.

END_OF_DOCUMENT_TOKEN_TO_BE_REPLACED

However, with Toulouse coming out victorious, albeit by a razor-thin winning margin, that meant Munster got the home quarter final.

All well and good, so far, but plenty of Munster fans already knew what was coming. Ed Sheeran is playing at the Limerick venue on the Thursday and Friday of weekend the province are due to tackle Toulouse. He could yet play a third or fourth night at the venue on the Saturday and Sunday. Even if he does not, de-rigging the concert set would take a couple of days to fully do.

Sheeran's Thursday and Friday concerts are sold out and the same is likely to happen with Thomond Park gigs if further dates are announced. Whether it is a two-, three- or four-night stand, Munster will now have to shift up the M7 and welcome Toulouse to the Aviva Stadium for the knock-out tie.

Many supporters have complained that the decision-makers at Munster have chased money over rugby priorities. Sell-out gigs will definitely bring money to Limerick, and the Munster branch, but it takes away that real home advantage of hosting sides at a febrile Thomond Park. 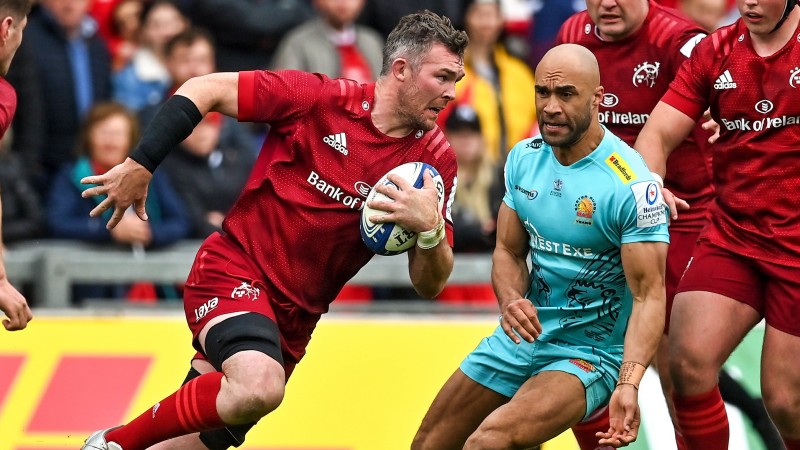 All roads lead to Dublin 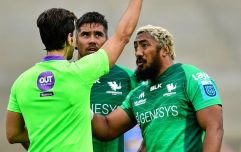 END_OF_DOCUMENT_TOKEN_TO_BE_REPLACED

The stadium was hopping and heaving on Saturday as Munster took the fight to Exeter and saw them off in the second half. The final five minutes of the game saw Fields of Athenry ringing out across the ground. To give up that advantage and up sticks to decamp to Dublin for their quarter final certainly won't do Munster any favours.

What may help Munster is the amount of their fans that live in and around Dublin. Plenty of them will snap up tickets to go see their side take on a Toulouse side led by Antoine Dupont and Romain Ntamack.

END_OF_DOCUMENT_TOKEN_TO_BE_REPLACED

For the Munster fans living in their province, they face an expensive show of faith. Tickets have yet to go on sale - the EPCR are still to confirm quarter final dates and times - but they can be expected to cost anywhere between €25 and €45 for adults. Add to that rising fuel costs, and all other expenses incurred with travelling up from the likes of Cork, Kerry, Limerick, Clare, Tipperary and Waterford, and it all stacks up to a pricey day out.

It has been pointed out that last season's quarter finals took place on April 10 and 11. However, the Round of 16 was straight knock-out, and not over two legs, last season.

As mentioned in The Irish Times, though, the clubs would have been informed of the planned knock-out fixture dates by the EPCR in July 2021. The Sheeran gigs were confirmed in September of last year.

For now, and until the game takes place, it is something Munster have to take on the chin and get on with.

They will hope for a crowd north of 30,000 at Lansdowne Road. Should they fall short against Toulouse, the concert clash issue will arise again, no doubt.


popular
Roy Keane wasn't having Ronny Johnsen's lovely gesture in Man United legends game at Anfield
"How long does this go on for?" - Damien Delaney challenges Stephen Kenny's record
James McClean's battle with John McGinn worth the attendance fee alone
"It is hard, especially when you’re 18 and I’d never left Ireland by myself," - Tuohy reflects on tough days after Grand Final win
Ireland player ratings as Stephen Kenny's team lose 2-1 to Scotland
Paul O'Donovan briefly breaks character in remarkable gold medal interview
Bundee Aki angrily confronts referee on-field after red card tackle
You may also like
5 days ago
AJ MacGinty and a Pat Lam promise from that was kept, six years on
6 days ago
"He would have been a phenomenal rugby player" - Jack Carty on Michael Murphy
6 days ago
Damian de Allende and Colm Cooper shared the same pre-match routine, and it worked wonders
6 days ago
"He's eating four steaks a night" - Ireland stars dish dirt on teammates and reveal weirdest rugby diets
1 week ago
Callum Sheedy motivated by arrival of AJ MacGinty as Bristol Bears target league glory
1 week ago
Six of the most exciting inclusions in Emerging Ireland's squad for South Africa
Next Page