"Sometimes, you more remember the losses than the wins."

For Mike McCarthy, for all his hard graft and strong performances, success came late in his rugby career. There were close calls too, with Leinster and Ireland, and he admits a couple of games still cause some troubled nights.

The London-born lock first made his name, on these shores, as a versatile forward with Connacht. He played the 2003/04 season in Galway and went back to England for three seasons, where he played for a Newcastle team that contained Jonny Wilkinson, Colin Charvis and Toby Flood. When Rob Andrew left the Falcons, McCarthy left soon after and was back with Connacht, where he played 136 times over six seasons.

There had been an offer, in 2007, from then-Leinster coach Michael Cheika, but McCarthy figured he would get more game-time out West. He says:

"This is probably one of the things I wish I was better at, when I was playing. I wish I had more confidence in myself because I should have just said, ‘Oh, back yourself. You’re going to go to Leinster, you’re going to play, you’re going to start’. But I didn’t back myself."

McCarthy, having established himself in the Ireland team in 2012, eventually moved to Leinster in 2013 and won a PRO12 title with his new side by the end of his first season.

As much as he revelled in that achievement, and winning 18 of his 19 Ireland caps on the elder side of 30, McCarthy spoke very well on the two games that still give him pause, even though he has been retired for over three seasons.

On the latest House of Rugby Ireland episode, McCarthy (LISTEN below) spoke with hosts Eimear Considine and Ian Madigan about those two games, for Leinster and Ireland. 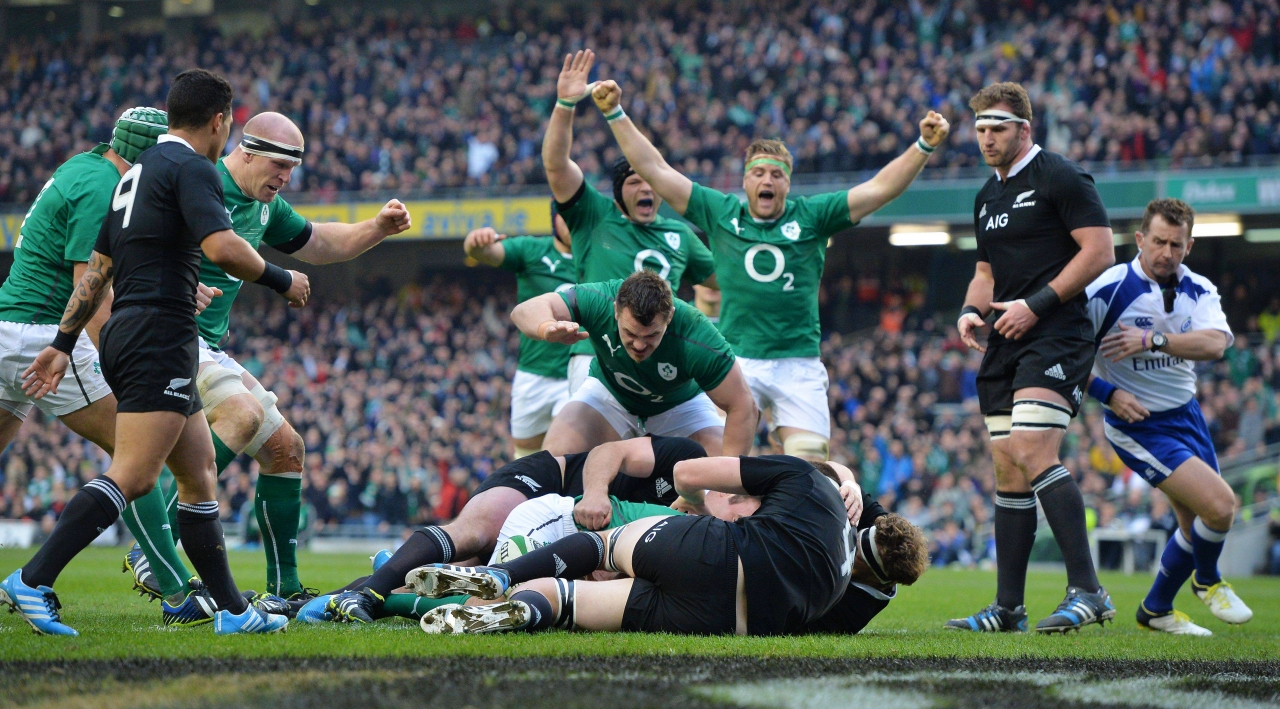 "That, for me, was an amazing memory. Unlike yourself, who has won multiple trophies, I wasn’t in that boat, like you. That was amazing for me, and a big highlight. And also, the fact that I was out for about six weeks before that final with a calf injury. And I just made it back to play in that final, and the family were there. So that’s a big day."

That league victory was somewhat of a salve for being on the brink of Irish sporting history, only for the All Blacks to produce a stunning (heart-breaking for Ireland) comeback at the Aviva Stadium. McCarthy and Madigan reflected on that 24-22 defeat to the world champions:

MCCARTHY: Sometimes, you more remember the losses than the wins. And a couple stick out for me. Two games we both played in again. That game against the All Blacks in 2013, where we were winning on 80 minutes but they kept the ball for four and a half minutes and scored in the corner. I’d never cried after a game, but that was one game I did cry after. Another one I did cry after was (in 2014) that semi-final away to Toulon, when they scored in extra time. That was a game, Mads, that we should have won before extra time, shouldn’t we?

MADIGAN: Two glorious mess-ups that you’ve touched on. A missed tackle by me, in the corner, and an intercept against Toulon. But, sure, look!

MADIGAN: No, no, look. We both know we could have beaten Toulon and that was a real killer that year. You know, we hadn’t gone well in the league and all our eggs were in the European basket. We knew that we could have gone on to beat Toulon and won the final that year. That’s a loss that has stuck with me to this day. There’s times you go, ‘I’d love to have those two or three games back’. Just to have another go at them.

Athletes, and they don't necessarily have to be professionals, will relate to McCarthy's feelings here.

No matter how many games/races/bouts you have won over the years, the ones that got away never truly leave you. That, in essence, is what drives so many of us on, and to distraction.


popular
Mario Balotelli, Luis Suarez, Fernando Torres and why Rio Ferdinand "hated them"
"I remember just hugging this Irish guy" - How one Kiwi rugby star reacted to Ireland's historic series win
"I don’t trust you" - Joey Barton delivers brutal dismissal of Irish defender
Javier Hernandez offers to play for Manchester United for free
Down county football is in tatters, but Conor Laverty is the man to piece it back together
"I'll ask for everyone that comes to the game to wear purple and roots for us" - Pat Fitzgerald
Amad Diallo scores twice as Cristiano Ronaldo sits out behind-closed-doors friendly
You may also like
1 week ago
Eight Ireland players make final cut in 'World Class' 33-man squad selection
1 week ago
“My confidence was on the deck" - Aaron Connolly explains why he has made the move to Italy
2 weeks ago
Every Irish transfer in football, this summer, as several big deals get done
2 weeks ago
The Top 20 rugby players in Ireland, right now
2 weeks ago
Six Irish players make damn impressive 'World XV' that would take some beating
3 weeks ago
The frontrunners for Ireland's 33-man squad for the 2023 World Cup
Next Page