"It depends what you classify as pressure... "

There were not that many people discussing Mike Catt and his role with the Ireland team, heading into the 2021 Six Nations. Two games, and two defeats, in, Catt has been a hot-button topic this past week.

Ireland did as well as could be expected of them against Wales as they went close to victory with only 14 men for most of the match. Against France, though, they looked short of both ambition and ideas. The only genuine try-scoring chance they created [Ronan Kelleher's try came from a lucky lineout bounce] was when the French had a man in the sin-bin.

"If you're not scoring tries, everybody has got room to criticise, haven't they?" Catt, the Irish attack coach, offered at his Monday press briefing.

What aggrieved many Irish supporters watching that 15-13 defeat was the trucking it up approach to much of their carries and how so much possession was hoofed away in the hopes of 10- and 15-yard gains.

With only two tries scored over 160 minutes of action, Ireland are bottom of the try-scoring pile with even 6th place Italy crossing the white-wash three times in their two heavy defeats.

On House of Rugby Ireland, [LISTEN from 42:30 below] the lack of Irish spark in attack was covered, as well as why so many teams are choosing to kick the ball in the air and hope for the best. 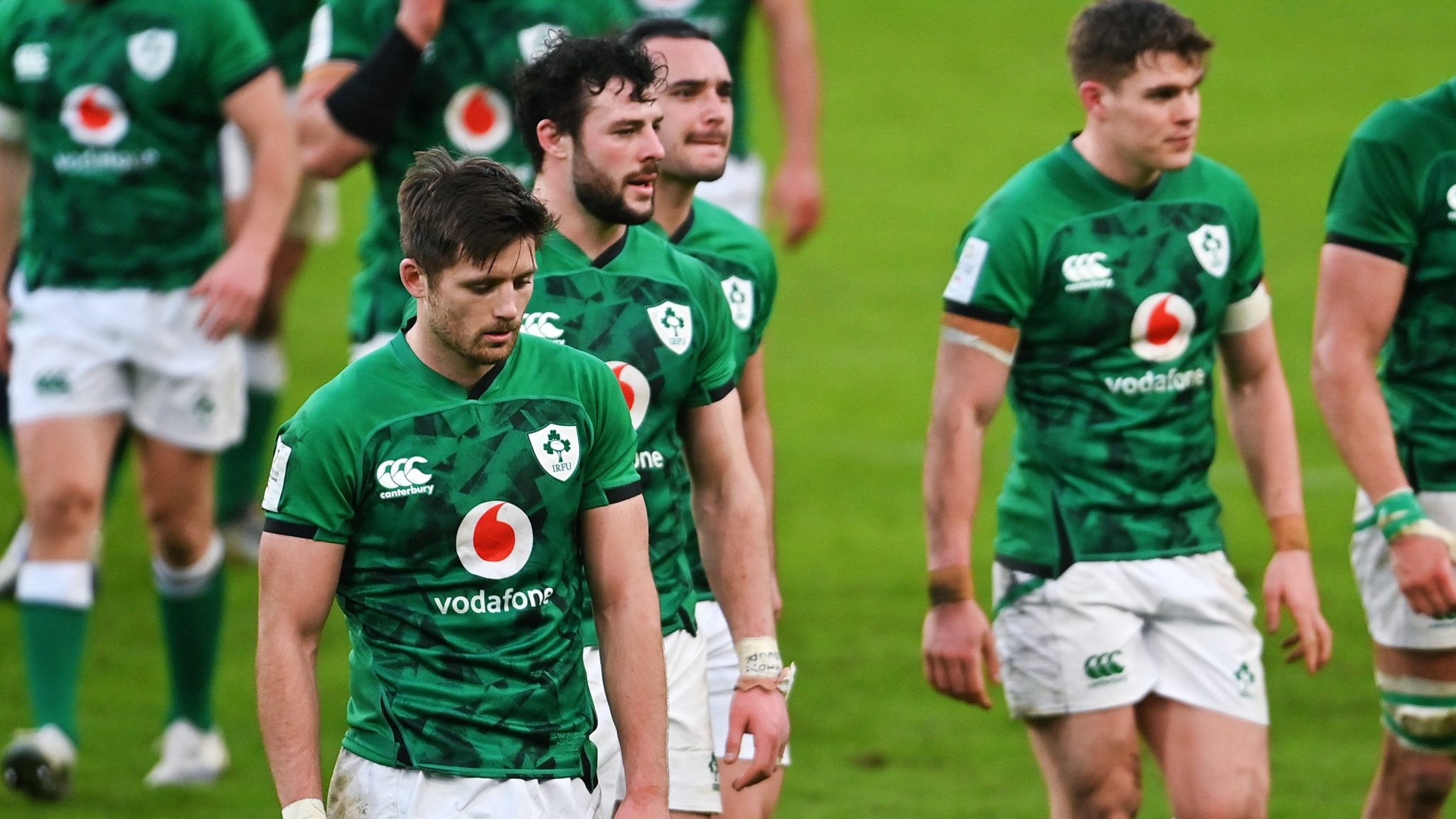 After 15 months in the job as Ireland head coach, House of Rugby host Eimear Considine asked what fans and followers should be expecting from the side as an attacking entity.

END_OF_DOCUMENT_TOKEN_TO_BE_REPLACED

"Tries," Tracy simply replied. "At the end of the day, we're in the entertainment business and that's what Ireland are setting up to do. International defences are very good so it is that bit harder to score tries."

Tracy points out that teams are now filling the defensive line by often bringing an extra back into that wall of bodies, thereby leaving the back field more open. That, then, leads to more kicking to exploit those gaps in behind, even though "it can be frustrating to watch, as a supporter".

As for Mike Catt, he was putting an optimistic spin on Ireland's upcoming Six Nations games despite recent evidence suggesting this is a side that lacks true cutting edge.

"The thing is [with France] you're playing against one of the best defensive sides in the world currently so you're not just going to go and score a try every single time. They've smart defenders, good work-rate, they're well-organised. The big thing for me is the decision-making, not necessarily just in attack but across the board.

"We missed opportunities to really put the pressure on France in terms of playing in the right areas of the pitch as well. It's not just about the attack, it's making sure we can change the momentum of the game. Again there were opportunities when we had to do that in the game and we didn't. These are the things we need to be a lot better at."

Asked if he was aware of the increased chatter about his role within the Ireland coaching set-up, Catt insisted he had not seen his name in any headlines and had not dug much deeper than that.

"I’m doing my job and I am thoroughly enjoying my job" he said. "That’s how I put my focus into it.

"My job is working with the team and making sure we perform. Unfortunately, we haven’t done that to the standard that everybody else expects us to, and we expect to. I will continue doing the job and won’t worry about the stories on the outside."

"It depends what you classify as pressure," Catt added. "If you feel like you are going in the direction, and you believe that things take time to get ready – I know we don’t have a lot of time at international level and expectation is no higher from Andy and the rest of the coaches in terms of how we want to play the game.

"Winning at this level is ultimately the be all and end all. From a pressure point of view. I see it as us continuing what we need to do to make the players better, to understand how we want the game to be played and ultimately we will see the regards on the back of it."


popular
Conor McGregor bought out of Proper 12 whiskey company
Leinster reach PRO14 Final but Ulster have every right to feel aggrieved
The SportsJOE 12 o'clock quiz | Day 312
Sean O'Brien's parting gesture won't soon be forgotten by Scott Penny
Longford leaving cert schools Europe's finest with measured masterclass
"I'm sorry" - New bantamweight champ in tears as UFC history is made
QUIZ: How well do you remember the 2010 World Cup?
You may also like
4 days ago
"There would be a boot in the sink, a dish there, a toothbrush under the bed!"
4 days ago
Ugo Monye's Lions XV features two Ireland players and Welsh captain
5 days ago
Strong Ireland team Andy Farrell should pick to turn over Scotland
5 days ago
Welsh star backs Ringrose and Henshaw for Lions backline
6 days ago
Full text of Craig Casey's interview after lively Ireland debut, and initiation song
6 days ago
Ireland release Craig Casey, Bundee Aki and 11 more back to provinces
Next Page