Going through the image galleries of Mike Brown on Getty and Sportsfile, there is a common thread - relaxed training photos, Brown running in a try or Brown with a snap or a snarl as he gets under the skins of an opponent (or an entire set of fans).

The Harlequins and England fullback is the type of player that gets his home fans revved up and right behind the team. Opposition players and fans? He can push their buttons.

Once the final whistle blows, and the pulses slow, it is straight back to an easy-going demeanour that has made him well liked in both club and national squads.

Week nine of remote recording for Baz & Andrew's House of Rugby saw Brown join us to chat with Barry Murphy and Andrew Trimble. During the show, Brown discussed his charitable fundraising efforts, 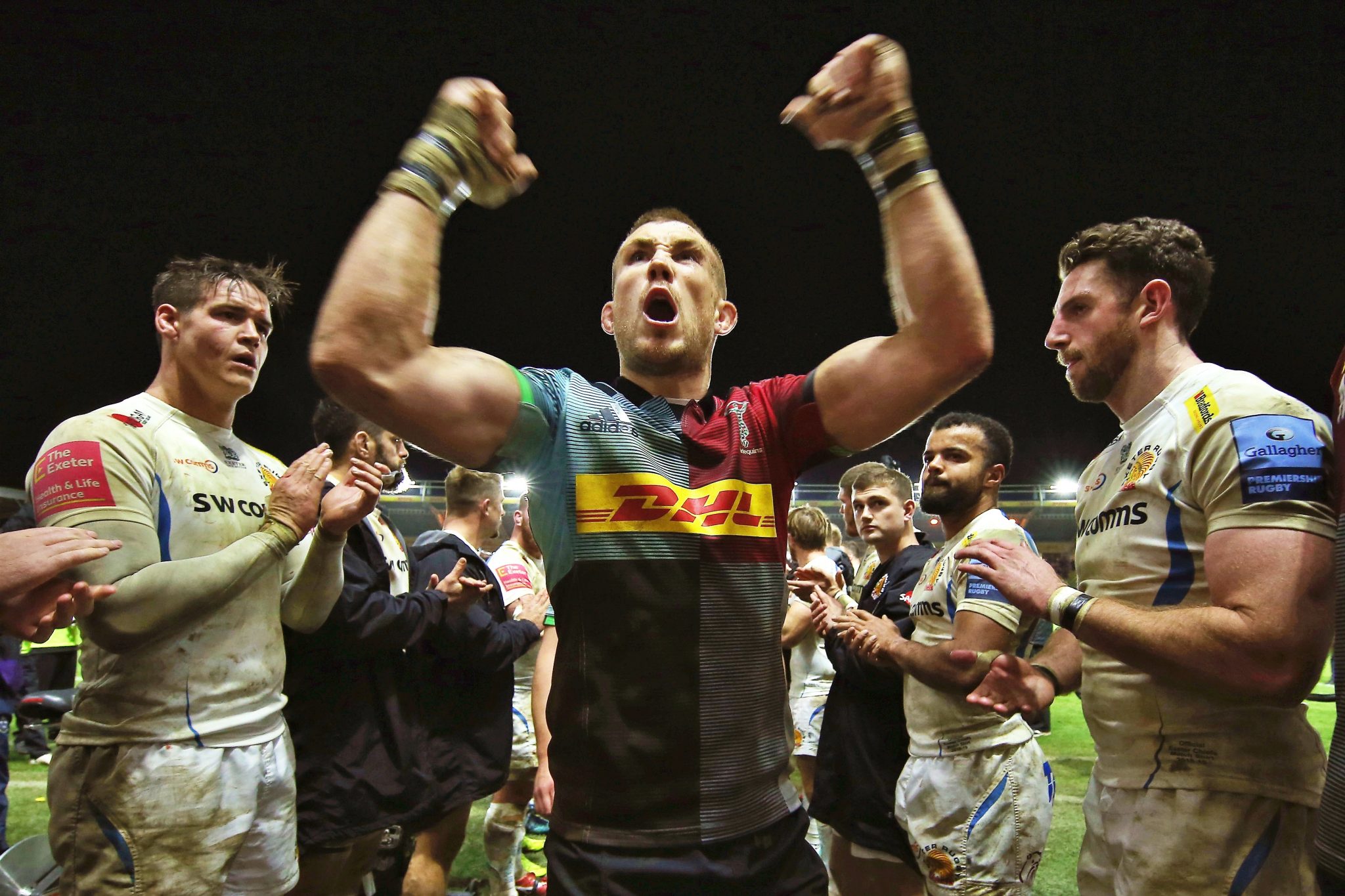 "Mike, you’re known as a competitor," Trimble began. "Your reputation is that you’re not afraid to get fired up; get confrontational.

"But I believe you’re lovely and, having a quick chat with you before, you’re a nice guy. Why do you not let it out on the pitch?! Why do we not see smiles on your face?"

<BROWN: Yeah, well, I don’t know if I’m a nice guy. Depends on who you ask, I guess. But that’s why I took to rugby at a young age - being competitive - and I think rugby just gets that side of me out. It’s what I need to do to get the best out of myself on the field. I think it’s one of my strengths, it helps with my game so, yeah, that’s just why I enjoy rugby.

TRIMBLE: And, recently, you’ve just started raising money for a Covid rapid-response fund. Is that correct? That’s your heart of gold, Mike. Tell us about it

BROWN: Yeah, I guess so! Look, like everyone else in this tough time at the moment, we’re all trying to do what we can; as much as we can. It was just a simple thing of clearing out a lot of kit. Obviously, I’m not using a lot of it at the moment. I’ve got a bit spare from getting ditched from England! So selling that, which I’ve done for a while but instead of giving it to my normal charity - GB Wheelchair Rugby - at the moment, I’ve decided to give it to the NHS and help any little way I could. That was an easy way to do that.

The 34-year-old, who has 72 Test appearances for England and was part of their 2016 Grand Slam triumph, was glued to the ESPN documentary 'The Last Dance' on Netflix over the past month and a half.

An avid fan of various sports - and the documentaries, biographies and autobiographies that emerge from them - Brown was fascinated at the character study of Chicago Bulls' basketball legend Michael Jordan in The Last Dance.

"That documentary is amazing," he says, "like everyone knows. Just to see behind the scenes and that mentality that Michael Jordan has - that winning mentality - and the way he is perceived by his teammates, and how they feel about him. It’s all so interesting and I take so much out of it, being a sportsman, but also just being a fan of the sport and seeing all those behind the scenes things. But he’s just… that guy’s incredible.

"I think that is one of my strengths - my attitude and maybe my fighting spirit. Never give up, never take a backward step. That’s always how I’ve tried to play, in any jersey and for any team. So to see someone of that level and, obviously, a much greater level than I could ever dream of doing that, and being like that. But he just takes it to the absolute extreme, doesn’t he? What an absolute beast of a person and an athlete. The things he’s achieved are just incredible."

As Brown says, it is a documentary worth seeking out and absorbing. Also discussed on the show:

popular
"I was like, ‘My ear is hanging off my head. Can you not see that?!'"
The SportsJOE 12 o'clock quiz | Day 307
Japanese rugby players living off the classic Irish school lunch for pre-match-meal
"Hang on lads, there is more to life outside of Dublin" - Connellan is a rebel with a cause
QUIZ: How well do you know Manchester United players of the 2010s?
QUIZ: Identify the missing sponsors from these football jerseys
QUIZ: Name all 50 of these 2000s Champions League players – #4
You may also like
2 days ago
"I’ll work towards getting into the real world and start another life" - Johnny Sexton
3 days ago
'We haven’t performed to the standard that everybody else expects us to"
4 days ago
36-man Ireland squad announced for Italy clash
5 days ago
"People associate hardness, ruthlessness and 'Fear of God' with Paul, but that's 1% of him"
1 week ago
"You’re not pushing robots around the place. We all have bad days" - Ronan O'Gara
1 week ago
Tomás O'Leary calls for Craig Casey to get No.9 jersey for Italy
Next Page