John Muldoon's Connacht farewell was a critical day for the western province last season as they said their final goodbye to their longest serving player.

Connacht ran in seven tries to one against Leinster at the Sportsgrounds as they pummeled the PRO14 and European champions with Muldoon signing off on his playing career with the final conversion in a 47-10 rout in Galway.

The day belonged to Muldoon but his 76th minute place kick did not sit well with some of the Leinster players with prop Cian Healy taking particular exception to the ploy. 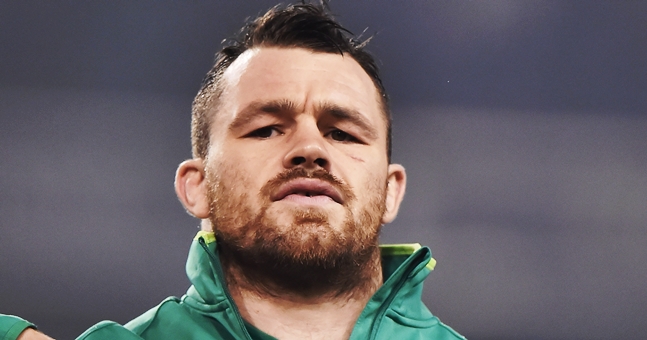 “Leave it to the kickers," Healy told newspaper reporters after the Edinburgh game.

"I suppose, on a personal note, that was nice for him to finish off his career, but it is something you have to take a bit of offence to when you’re not taken seriously.”

Leinster scrum coach John Fogarty said that there was a big desire within the province this week to make amends for their poor showing last season and that the players were a bit embarrassed by their performance in Galway.

"For some of the lads," Fogarty replied at Monday's squad update when asked if the Connacht game would be taken personally given Healy's comments after the Edinburgh game.

"But I think it's more their own performance. To lose a game in the manner in which we lost the game - we lost the physical battle, we lost the set-piece, obviously the scoreboard was terrible - so I think it's those parts that hurt more than anything.

"I don't think anything else matters. The lads will be disappointed in their own performance and a little bit embarrassed because they didn't play collectively. We were mentally weak if you ask me leading into that game and that showed up on the day.

"It's important for us to be clear in our heads what the threats are against Connacht and for us to arrive physically ready to play. All the other stuff - the John Muldoon stuff - it doesn't feature too much in our chats this week or in our heads as coaches. It's more how can we prepare this team to play and perform."

Fogarty added that Leinster will place a big emphasis this week on getting set early in defence from the set-piece and that they must be wary of Connacht's tendency to look for runners on the inside.

"Defensively we need to be really good," added Fogarty.

"I think first and foremost we need to be on point defensively and our set-piece has to function. Last year we came undone in our set-piece so the fundamentals of the game they're going to test us in but I think for us we're going to work very hard on getting set early in defence off the set-piece and in phase defence we're up off the ground making sure we're plugging the whole time because they'll massively test you."


popular
Rory O'Connor gets Wexford out of jail as Shanagher throws it back
Conor McGregor sends message to new UFC lightweight champion
Alisson gives moving post-match interview after scoring late winner for Liverpool
Burnley report Leeds' Ezgjan Alioski over gesture made towards Dwight McNeil
The SportsJOE 12 o'clock quiz | Day 352
QUIZ: Can you name these La Liga cult heroes?
'Stop, stop, STOP!' - Texas crowd left stunned as UFC legend has arm snapped
You may also like
2 weeks ago
Leinster run out of steam as Ronan O'Gara's La Rochelle reach Champions Cup final
2 weeks ago
One more outstanding game and Jack Conan could be a Lion
4 weeks ago
Madigan, McFadden and Henry on one game they'd change if they could go back
1 month ago
Rating the chances of Leinster's 16 Lions hopefuls
1 month ago
Leinster coach Robin McBryde on Lions honour and facing Springboks 'Bomb Squad'
1 month ago
Leinster announce signing of Michael Alaalatoa from Crusaders
Next Page