Just a week before, Rob Kearney and Fergus McFadden had stood at the front of a small stage and raised the Guinness PRO14 trophy in front of their Leinster teammates. On Saturday, all they could do was offer a few commiserating words as their defeated colleagues trudged off.

Leinster had it all set up for them. It was no gimme from the Champions Cup organisers as they had earned their top seed status.

END_OF_DOCUMENT_TOKEN_TO_BE_REPLACED

When rugby returned from it's pandemic-enforced break, Leinster were facing the realistic scenario of playing six of their final seven games at their home away from home, the Aviva Stadium.

In the PRO14, they swatted away Munster and Ulster then did it again in the semis and final. It was as dominant a league campaign as one is ever likely to see. On Saturday, against Saracens, it only took 15 minutes for everyone to realise they were up against a different beast.

Saracens effectively won their trilogy of clashes with Leinster 2-1 after their excellent quarter final victory in Dublin. Leinster won the opening bout, on their way to a cup double in 2018, but Saracens have come back harder and meaner. Their 25-17 win at the Aviva Stadium was eerily similar to their Champions Cup final win, in Newcastle, in May 2019 and the last three Ireland vs. England Test matches. 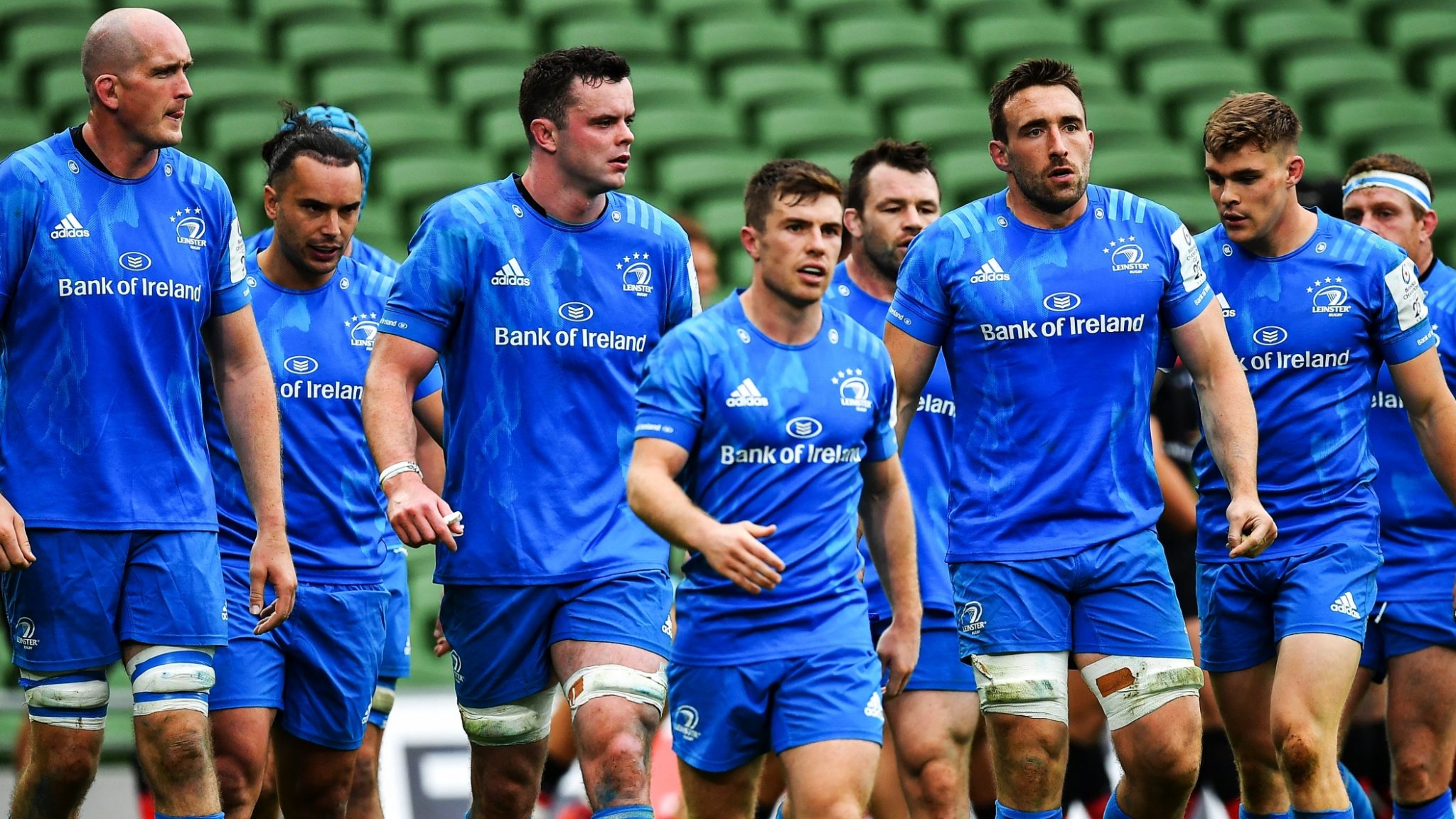 It is useless cribbing about who Leinster had missing - McFadden, Scott Fardy, Dave Kearney and Tadhg Furlong the notables - as the Saracens 2019/20 squad had been savaged [due to player departures, injuries and suspensions]. You could argue that more experienced Leinster heads may have helped navigate the rough patches better, but it must be noted that Hugo Keenan, James Ryan and Ryan Baird [all 24 or under] were their best players on the day.

Leinster rallied in the second half and got to within a score of the reigning European champions, but the response was a renewed Saracens effort and much of the final 15 minutes was played in Leinster's half. The scrum was the real killer and that was ultimately where the game was lost.

END_OF_DOCUMENT_TOKEN_TO_BE_REPLACED

And so it was left to the likes of Kearney and McFadden, who have now played their final games for the province, to pat beaten backs and tell their Leinster teammates there will be better days ahead.

Following the game, it was Garry Ringrose and not captain Johnny Sexton that fielded post-match questions from the written and online media. On the retiring Kearney and McFadden, Ringrose said:

"It's hard to put into words what those two individuals mean to Leinster. When I say four stars on the jersey and the domestic success that we've enjoyed, that obviously doesn't fall on any one person's shoulders. Johnny has played a big part in that but, equally, Rob and Ferg are part of that same conversation.

"As good a moment as it was to see them lifting that PRO14 trophy last week, it would have been ideal to give them the opportunity to lift the European Cup. Obviously, that can't happen. I'm disappointed that we can't give that to them. Certainly, they could have played those games and had that opportunity to lift the trophy. So that's another layer of how heartbreaking it is."

Leinster are stacked with Test-ready forwards and look healthy for outhalves and centres, over the coming season. They do appear light for quality back three options so the departures of McFadden and Kearney will be sorely missed, in more ways than one.

With James Lowe nearing qualification to play for Ireland, too, Leo Cullen and Stuart Lancaster will be focusing on this area. They do not have much time, however, as the new season starts in early October. Problem-solving will have to be achieved on the fly.


popular
When Liam Brady lit into Brian Clough for his dismissive Mick McCarthy comments
Roy Keane pays Declan Rice highest compliment possible as United move discussed
Galway fans' frosty reception for Davy Fitz doesn't make any sense
"I'm pretty angry... Kane's body language and performance, oh my goodness!"
Roy Keane and Graeme Souness had plenty to say about David Moyes' crucial penalty decision
Wayne Rooney found out about Derby administration threat on Sky Sports News
The most Stone Age tackle you've ever seen gets South African lock straight red card
You may also like
2 months ago
Lions coach heaps praise on "outstanding" Ronan Kelleher ahead of Japan Test
4 months ago
Tadhg Furlong, playing with all the chips, doesn't flinch at World Cup question
4 months ago
Leinster run out of steam as Ronan O'Gara's La Rochelle reach Champions Cup final
4 months ago
One more outstanding game and Jack Conan could be a Lion
5 months ago
Madigan, McFadden and Henry on one game they'd change if they could go back
5 months ago
Rating the chances of Leinster's 16 Lions hopefuls
Next Page