If Paul O'Connell says it then it has to be true.

There are few head coaches in world rugby who divide opinion more than England's Eddie Jones.

The Australian is known for his often straight forward talking and his ability to tell it as it is, even when such comments may cause some disruption. Even here at SportsJOE, we've been on the receiving end of some of Jones' tirades.

END_OF_DOCUMENT_TOKEN_TO_BE_REPLACED

You can't argue with his performance as England's head coach, however, the Tasmanian has overseen an incredible run of form which has yielded an unbeaten 2016.

Some say Jones knows exactly what he is doing when it comes to his dealings with the media, with the particular focus of taking the pressure off his team by himself becoming the centre of attention. 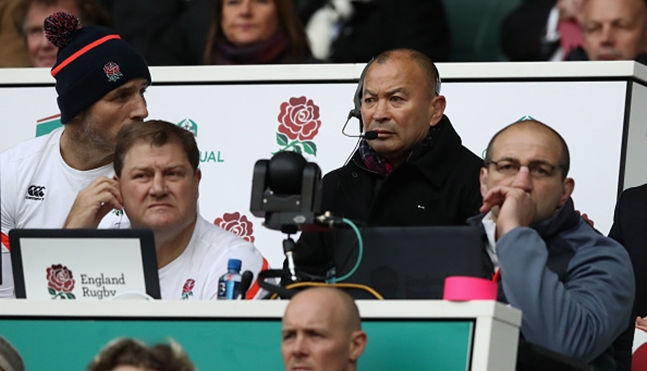 Regardless of whatever the intentions are behind his relations with the media, most rugby fans, particularly Irish ones, took offence to the comments which Jones made about Jonathan Sexton's parents in last years Six Nations.

Former Ireland and Munster legend, Paul O'Connell was speaking on BBC Radio's 5 live Sport where they discuss Jones and the way he portrays himself.

Although O'Connell admits that the comments surrounding Sexton were "silly", the Limerick man is a keen admirer of how the 57-year-old speaks about the game.

"Yeah, the Sexton stuff was silly I thought and he said recently that he would apologise when he gets the chance. I enjoy him in the media, I really like when he talks about coaching and what he wants the team to do and all that kind of stuff.

"I really like the detail of what he talks about, but I do enjoy him when he is in that position as well and he has to come back with a response."

O'Connell then tries to explain why Jones speaks the way he does, citing the fact that it is much easier to be a straight talker when you are confident.

"I've met him a few times and I've had dinner with him once or twice and I have to say he's great company and he's a great man to talk about rugby."

In a way, Jones is a breath of fresh air when it comes to speaking about rugby. So often is the case nowadays that there is an ever increasing element of 'media trained' answers and responses during press conferences.

We are sure to see more of Jones' distinct style over the next seven weeks.

You can see the full discussion below.


popular
Rob Kearney taught a classic GAA lesson when he tried to have the craic in second game back
The scenes in Newbridge as the biggest hit and hope ever knocks Moorefield out
Rob Kearney on defying union "bigwig" that told him he'd never play GAA again
Kieran McGeary on his relationship with Mickey Harte and his role in Tyrone's success this year
When Liam Brady lit into Brian Clough for his dismissive Mick McCarthy comments
'Solskjaer has started the new season the same, so why would you expect a different result?"
How one text message a teammate sent Kieran McGeary proves that Tyrone's success was a team effort
You may also like
3 days ago
Cork duo demolish Hull in Championship clash
6 days ago
Katie McCabe believes that equal pay deal with FAI "doesn’t add pressure"
1 week ago
Clinton Morrison shares advice Roy Keane gave him on morning before Saipan showdown
1 week ago
Full Ireland player ratings as underdogs Spain put World Cup hopes in danger
2 weeks ago
Ireland's best XI under Stephen Kenny starting to take shape
2 weeks ago
Serbian media react to 'True Football Tragedy' and hail "amazing" Gavin Bazunu
Next Page