The world champions were left shell-shocked by a revved up England side. Maro Itoje was immense but Sam Underhill and Tom Curry backed him to the hilt.

England will go into the 2019 World Cup final as deserved favourites after dismantling New Zealand in Saturday's semi, in Japan.

END_OF_DOCUMENT_TOKEN_TO_BE_REPLACED

With 'Swing Low, Sweet Chariot' ringing out for long stretches of the night, Eddie Jones' men bossed the All Blacks and, in truth, should have won by much more.

The tone was set in the first 90 seconds as England tore into the ABs and made ground on just about every carry they made. They bull-rushed into the New Zealand 22 and Manu Tuilagi scored from close range, with the Owen Farrell conversion making it 7-0.

Every England player broke the line

What a bruising start from them

England had a Sam Underhill try ruled out for crossing and they had four handling errors inside the Kiwi's 22 during the first half. New Zealand were completely rattled and it looked as though they might get into the dressing room just one score back but they conceded a late penalty and George Ford made it 10-0 at the break.

Most rugby pundits and fans would have expected England to be under the cosh in the opening 20 minutes of the second half but, instead, it was Jones' side upping the tempo. 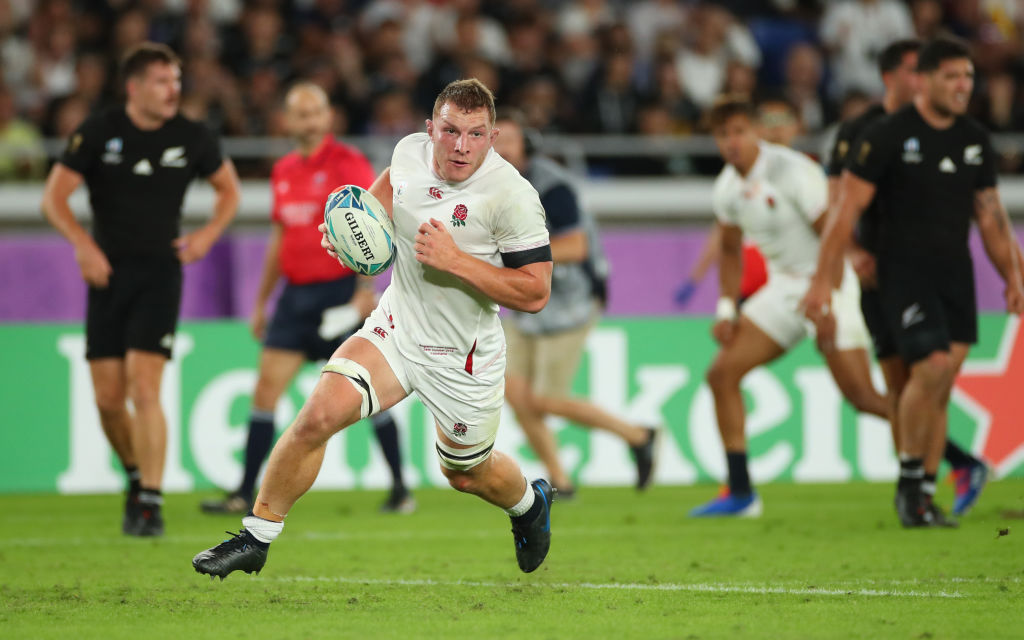 END_OF_DOCUMENT_TOKEN_TO_BE_REPLACED

Sam Underhill and Tom Curry, England's two young back-rows, were beasting All Blacks in attack and defence and they combined for four turnovers, but Maro Itoje was the alpha dog. The Saracens lock had 10 carries for 30 metres, stuck 10 huge tackles - including a whopper on Sam Whitelock - and he was personally responsible for three turnovers.

Ben Youngs was denied a try by the TMO but England added another penalty to go 13-0 ahead. They had 90% of the territory and 67% of the possession at the start of the second half.

In the final minutes, New Zealand completely ran out of ideas and they were left without a single answer to England's ferocity.


popular
WATCH: Paul O'Connell proves for the umpteenth time that he's not like us mere mortals
Kieran Donaghy set to break 30-year-old club record this weekend
"He's one of the best athletes, if not THE best athlete I've seen in the last while"
Shane Walsh: 'That's not how I was coached to play football. No one was coached to play football that way'
Sean O'Brien shares some of the worst player forfeits from his Leinster days
Study shows GAA players more prone to binge drinking than their peers
Danny Mills forgets he's on air as he calls Man Utd 's***' on Sky Sports