"The severity is getting worse and worse. Every single day, there’s more deaths"

"I'm getting to the realisation that I may have to hit the road soon."

Mark O'Keeffe was supposed to be flying into Dublin from New York, via Paris, to surprise his mum during a week off from his season over at Rugby United in America's Major League Rugby.

That was the original plan.

As it stands, Mark is staying home in the Staten Island house he shares with his Rugby United New York teammates Will Leonard, from Shannon, and Alex MacDonald. RUNY has another six Irish players on their roster but all bar O'Keeffe and Leonard headed home as the Covid-19 pandemic effectively ended the 2019/20 season (and many others around the globe).

The former St Michael's and Lansdowne winger spoke with Barry Murphy on the latest episode of Baz & Andrew's House of Rugby and [from 41:00 below] offered a stark insight into how New York has been set reeling by the Coronavirus outbreak. 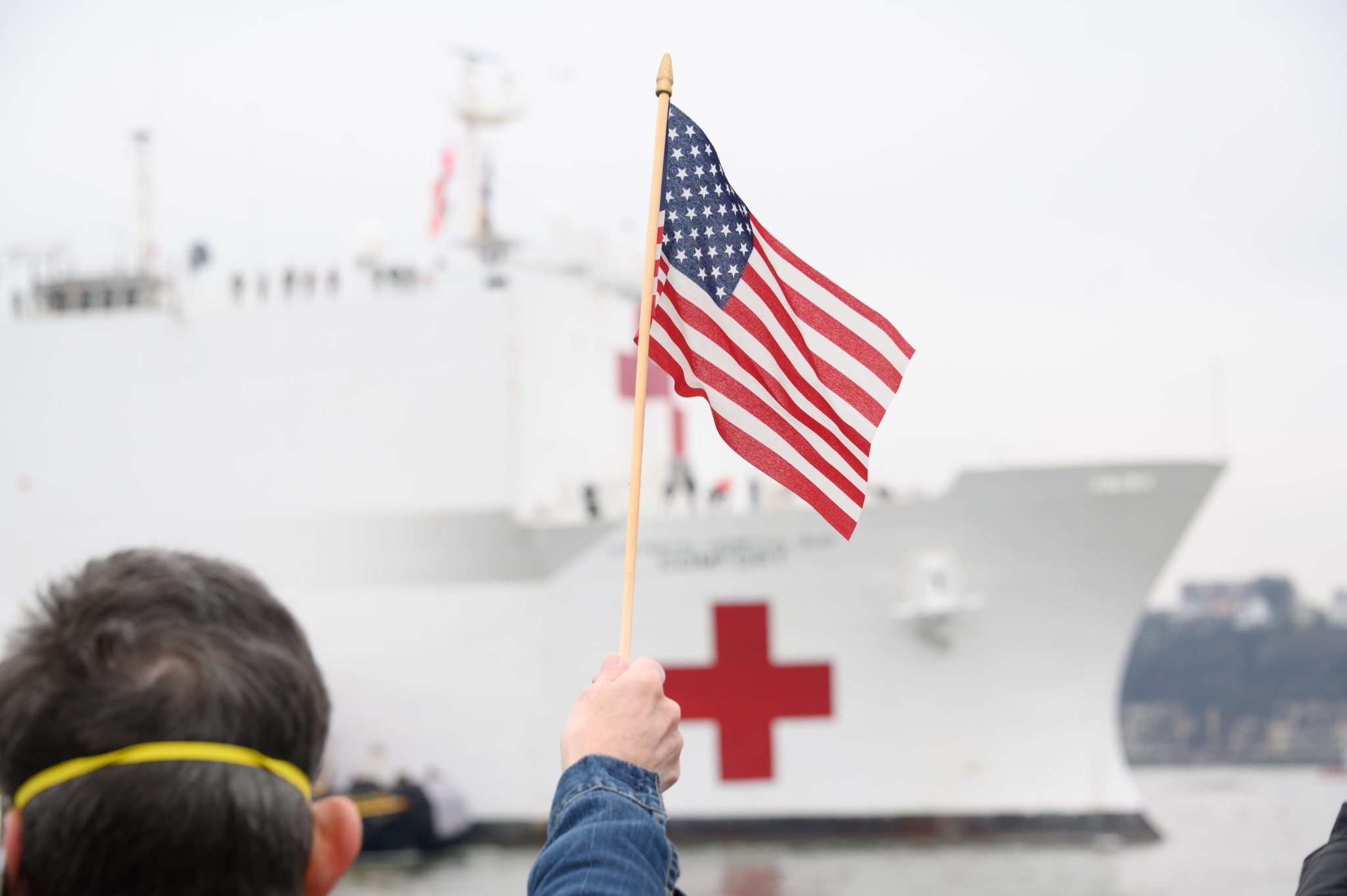 The 'USNS Comfort' hospital ship travels north on the Hudson River as it heads to Pier 90 on March 30, 2020 seen from pier 86 in New York City. The Comfort's 1,000 beds and 12 operation rooms will help ease the pressure on New York hospitals, many of which are now overwhelmed with COVID-19 patients. (Photo by John Lamparski/Getty Images)

O'Keeffe and Leonard were previously living in Harlem but recently moved out to Staten Island, where RUNY has their training facilities. "So you’ve pitch, gym, physio," says O'Keeffe. "Everything that we need is on Staten Island.

END_OF_DOCUMENT_TOKEN_TO_BE_REPLACED

"Our owner just got us a house on Staten Island. It’s kind of different; it’s good that we have a house instead of an apartment. So we have a back garden, a front garden, a basement and three floors. It’s more like home out here."

In the space of weeks, O'Keeffe has gone from preparing for a RUNY home-stand in the MLR with teammates that include Mathieu Bastareaud, Ben Foden Mike Petri, Dylan Fawsitt and Cathal Marsh, to staying at home as much as possible and getting his Covid-19 updates from the TV. New York has had (as of today) over 164,000 confirmed cases of the disease with 3,175 resulting deaths. O'Keeffe says:

"Every single morning we wake up and we all reconvene in the sitting room where we stick on the news. It seems like every single day it gets worse and because the vast majority, or vast people that live in New York City, it seems that every time (President Donald) Trump talks or the Governor or Mayor of New York talks, the severity is getting worse and worse. 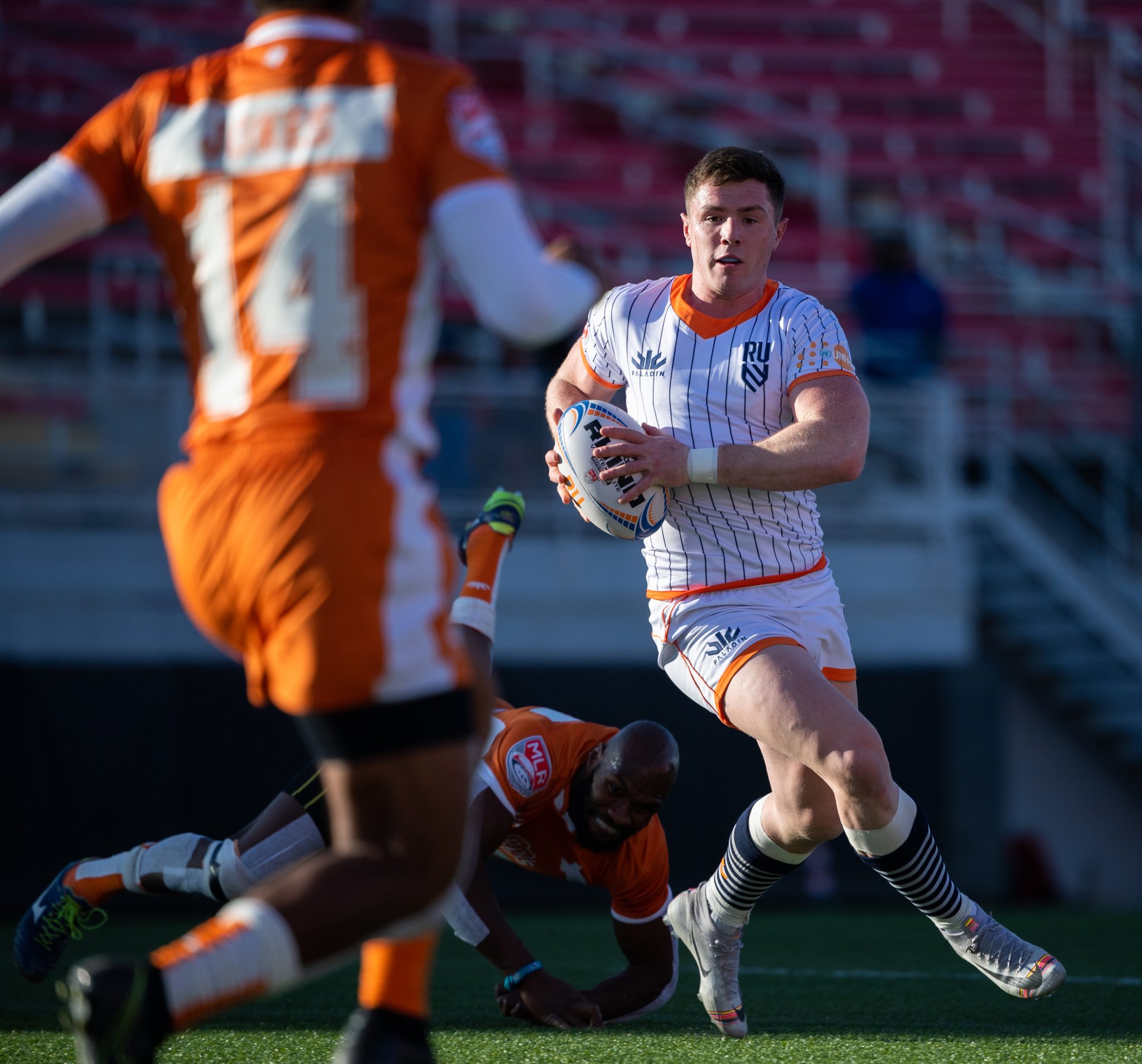 O'Keeffe, who was in his second season with the New York club, does not believe the state, or country has handled the impending chaos caused by Covid-19 as well as they could have. He has been in regular contact with friends and family back in Ireland and he feels his homeland has acted swiftly.

"It seems that Ireland have done a lot and have done quite well in terms of locking down the place. I know it’s on full lockdown now - you can’t go anywhere outside for two kilometres. B, over here, last week, I know, was sunny as well and there were a lot of people in parks. People were feeling like it was just a holiday. It was a really long bank holiday or something; like they get the days off work. But, no, I think the severity of it is going to hit here a lot quicker than they think."

The 25-year-old's planned trip to Dublin was kiboshed when Air France cancelled a lot of their flights to and from Paris. O'Keeffe is sitting tight for now as he understands any trip home would be tough to arrange and that there would be a 14-day self-isolation required should he travel back to Ireland.

"It’s just kind of nice to be away sometimes, but now I’m getting into the realisation that I might have to hit the road soon."