"Ealing are a mid-table Premiership side, in my opinion."

Remind us to bookmark these comments for if and when a hulking Springbok side tear a Lions team littered with Saracens players to shreds on the Highveld, this summer.

England struggled badly in the 2021 Six Nations as several of their Saracens players, without much club action at all to their name, underperformed throughout the championship.

Maro Itoje was the only one of Sarries six players that performed close to his usual high standards during the championship, and even he looked human in the defeats to Scotland, Wales and Ireland. So often on the borderline of offside and illegal at the breakdown, referees took a dim view of his spoiling tactics and it has softened the cough of those that wanted him as Lions captain.

When former Lions captain Sam Warburton was asked about the Saracens hopefuls for the 2021 tour to South Africa, at a Canterbury jersey launch last week, he stated that, 'Jamie George, Maro and Owen will 100% go on tour'. That leaves Elliot Daly, the Vunipola brothers Mako and Billy and even outside bet Alex Goode with anxious waits.

"What Warren really backs is his training methods and getting players match-fit without having to play," Warburton commented. "He did it with a lot of players – including myself – over the years. He will take comfort in that he has got four or five games to get those guys ready for the first Test and it’s not really the first Test that is the thing."

Those Saracens players will be clinging to those Warburton comments for comfort, while being thankful to their director of rugby, Mark McCall, for trying to compare the English Championship to the PRO14 and, where Ulster and Leinster are concerned, the Challenge and Champions Cup competitions. 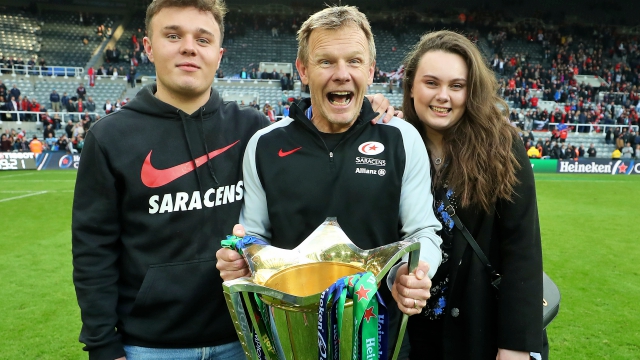 Following his side's 48-20 win over Ealing Trailfinders, the former Ulster coach took aim at those calling his charges under-cooked.

"Our players are getting more rugby than the Welsh, Scottish and Irish," he told The Daily Mail. "They're hardly playing at all. Alun Wyn Jones didn't play for the Ospreys on Saturday. We don't worry about that.

"These games are physical. Ealing are a mid-table Premiership side in my opinion. Our players won't be undercooked in any way. Look at the Scottish, Irish and Welsh players and see if they're undercooked." 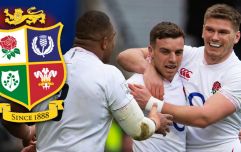 END_OF_DOCUMENT_TOKEN_TO_BE_REPLACED

From an Irish perspective, the Leinster and Ulster players are playing plenty of meaningful matches while Munster went full bore against Toulouse and Leinster.

Scarlets were the only Welsh side to make the Last 16 of the Champions Cup while Edinburgh flew the Saltire for Scotland. Both sides were badly beaten by respective English and French opponents. They will be looking to reintegrate many of their Lions hopefuls from next month, when we get a run of Rainbow Cup games.

McCall may try and present a picture of his Saracens players being in the best possible condition if Gatland needs them for the Lions, but evidence from the Six Nations suggests otherwise.

The Saracens lads will be hoping their 2017 (and 2013 for Mako Vunipola and Owen Farrell) experiences with Gatland are enough to convince the Kiwi if he has any tight calls to make. Billy Vunipola has not travelled with the Lions before, so his chances look slim.