England are 2020 Triple Crown champions. For the first time since 2007, Wales have lost three Six Nations games on the spin.

Those are two of the main takeaways from an absorbing, bruising encounter at Twickenham but a lot of talk, over the coming days, will be about citings and ill discipline.

England found themselves 33-16 ahead of the 2019 Grand Slam champions with a quarter of the game to play. However, as it was against Ireland, the hosts fell away in the closing stages and the final scoreline reads closer than the contest ever was.

Wales battled gamely but found themselves 20-9 down at half-time after English tries from Anthony Watson and Elliot Daly. There was a dust-up, midway through the half, when Owen Farrell got into it with George North.

Joe Marler couldn't help getting involved (below) and although many will see his interaction with Alun Wyn Jones amusing, he could be facing a ban for interfering with the genitals of an opponent [Law 9.12]. Even at the low-end of the scale, Marler may be out for 12 weeks.

Wales opened up the second half with one hell of a try and it was a case of game on.

Nick Tompkins received the kick-off and wales streamed up the left, with Justin Tipuric finishing off a stunning move under the posts. England responded with a scrum penalty that Owen Farrell lapped over and momentum was stung. 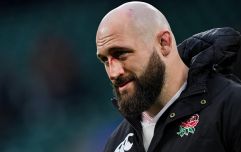 END_OF_DOCUMENT_TOKEN_TO_BE_REPLACED

The clincher arrived when George Ford's nifty pass teed up Manu Tuilagi for England's third try. It should have been game over but England eased off the gas.

North, who has a worrying concussion history, was fortunate that Tuilagi's shoulder did not make a clean connection with his head but the tackle smarted, all the same. O'Keeffe reviewed the footage with the TMO and it was agreed that red was the only option.

North so lucky that shoulder didn't catch him flush pic.twitter.com/q92Tx7tvhy

While Alan Quinlan, commentating on Virgin Media, agreed with the red card call, former England captain Lawrence Dallaglio was slightly more rose-tinted with his appraisal over on ITV.

"I just wonder whether they'll have another look at this tackle. I don't think there was any intent there...

"You can see what Tuilagi's trying to do there. He uses his arms; he just doesn't wrap them. It's no more than a penalty."

O'Keeffe, his officials, Quinlan and the majority of those watching disagreed with Dallaglio and Tuilagi himself had no complaints when the red card was flashed his way. Ronan O'Gara, speaking post-match on Virgin Media, said the incident was 'so close to being a horror show' for North and that the red car was warranted.

The Leicester Tigers centre even sought out North and apologised to him, with both men sharing a hug. 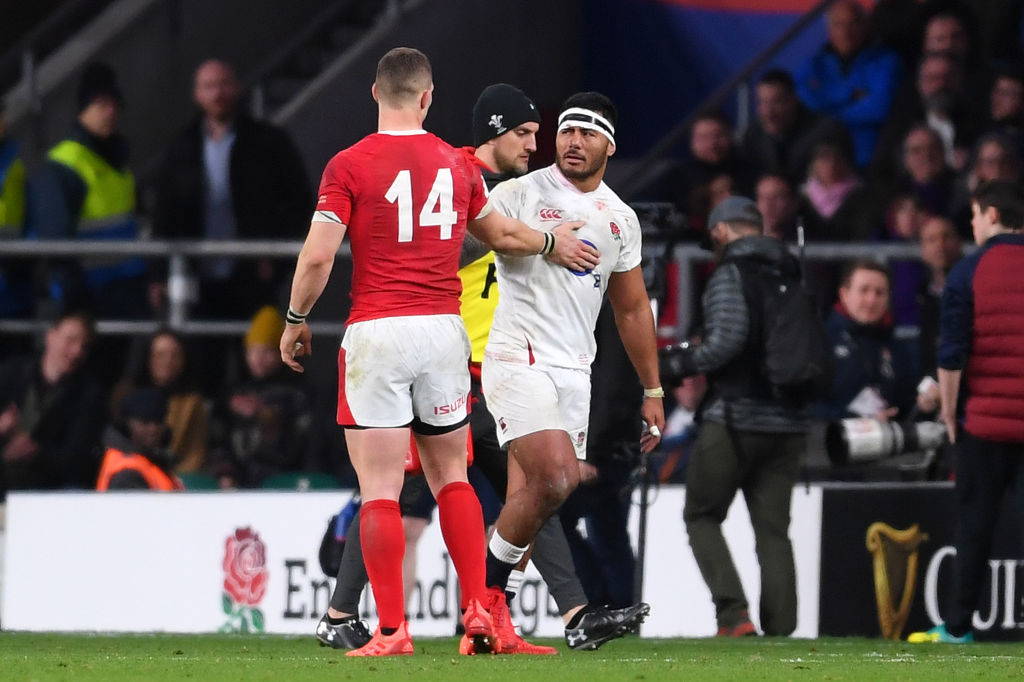 Wales finished the game with a Dan Biggar try and another for Justin Tipuric. England still need France to slip up but they will hope their late lapses do not cost them the 2020 Guinness Six Nations trophy when the final tallies are being totted up.

OUR MAN OF THE MATCH: Maro Itoje (England)


popular
QUIZ: Name every Chelsea manager hired by Roman Abramovich
Conor McGregor wants immediate Dustin Poirier rematch, for UFC title
The SportsJOE 12 o'clock quiz | Day 293
The SportsJOE 12 o'clock quiz | Day 292
SportsJOE 2000s Football Quiz | Round 20
"If Munster hadn't given him a contract, I'd say Leinster would have gone after him"
Quigley's shot from heaven is worth a year without hurling
You may also like
1 month ago
"The greatest goal we've ever seen would've been chalked off"
2 months ago
"Boys to men", insists Andy Farrell as Ireland hit string of bum notes
2 months ago
"We dominated physically" - Eddie Jones puts Ireland in their box again
2 months ago
Full player ratings as Ireland left battered and bruised by England
2 months ago
CJ Stander responds to "softies" remark ahead of England battle
2 months ago
Andy Farrell explains his big team selection calls for England clash
Next Page