"We hated England because they were so good, but they made us so much better"

When victory finally arrived, it was part of a remarkable Grand Slam-winning campaign.

Lynne Cantwell can remember her Ireland debut all too well.

"79-0 in Worcester," recalls Ireland's most capped female player. "I went on as a winger and it was a frightening experience, honest to God. But, hey, look, you have to start somewhere."

That chastening loss was the first of 78 caps Cantwell would eventually amass. From those stark, humbling beginnings, the former Leinster star became a mainstay in a team that would go on to win a Six Nations Grand Slam and reach a World Cup semi final, beating New Zealand along the way, within the space of 16 months.

To mark the launch of the 'Liberty Fields' documentary, about Japan's first women's rugby team, Cantwell spoke to Baz & Andrew's House of Rugby, about her own rugby journey and what Ireland Women need to do to compete with the best. 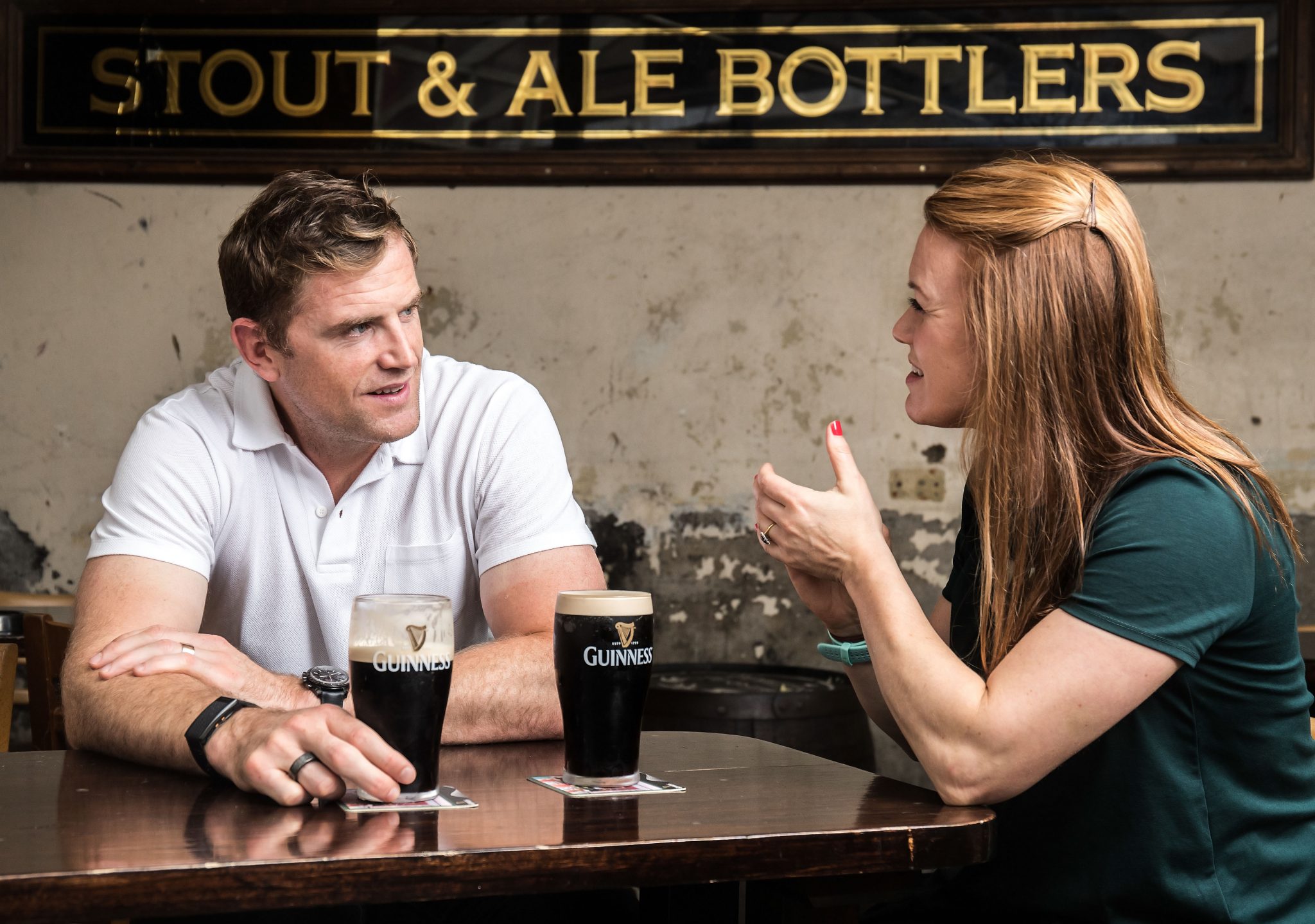 A large part of the Liberty Fields documentary centres around the fact that aiming for a long career in women's rugby was such an alien concept in the late 80s and early 90s. Ireland played their first women's international in 1993, four years after the Japanese, and Cantwell came into the side around 2001.

"The [Japanese players] were speaking about how strong they felt when they were playing rugby, and they're speaking with a tooth missing and hands all taped up. But it just resonates so much, as we know that sport has the ability to give that feeling to you in buckets."

"The culture they were in was so averse to it," Cantwell adds, "but yet that feeling was so addictive. They were like, 'This has to be good!'"

Cantwell got that feeling, herself, when she first took up rugby. She recalls training outside one snow-laden Christmas and finding a relatively clear, uphill path where she could do her interval running. "At the time," she says, "we didn't have any strength and conditioning or any proper training programmes. But I remember thinking, 'It's the 17th of December. When are we going to hear about training for the Six Nations'."

Cantwell's family was supportive but she recalls her mother taking some convincing before she finally went to watch her play for Ireland.

"My mother didn't come and watch me play for about five years. When she did, it was down in Thomond Park and I remember her coming.

"She came around the corner and we were lined up for the anthems. I hadn't realised I was doing it, but I shake my legs during the anthems. It's just because you're nervous or something. But I was shaking my legs an my mum saw this, thought I was afraid and left." 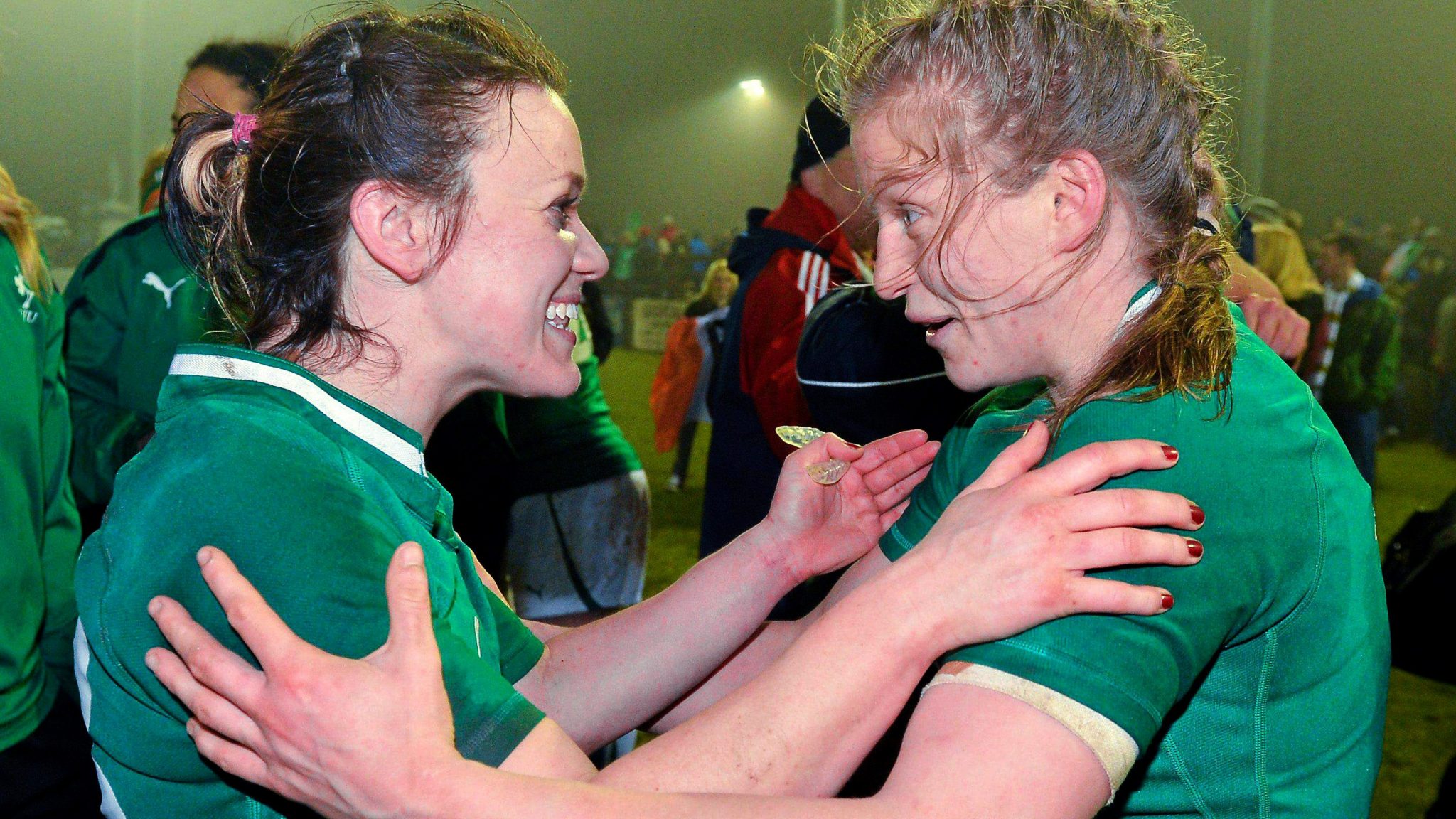 Whereas the Irish men have often looked to the All Blacks as the standard bearers in world rugby, Cantwell and her teammates had a mighty foe much closer to home.

"It was England; always England! Everybody has that rivalry. It's probably a bit like that tennis rivalry, between Federer, Nadal and Djokovic. They probably hate each other so much, but love each other because they're better because of it.

"We hated England because they were so good, but they made us so much better. And what I love so much is the flagbearers - this is us and this is the way we are going, instead of shrinking back to the common denominator. So crack on England and the things they are doing [like going professional] and it's our fault because we're not keeping up with it. We have the capability, it's just that we're not doing it."

Having come up against such a dominant England outfit for over a decade, it was so much more satisfying when she was part of an Ireland team that beat England down at Ashbourne RFC, in 2013, on their way to a historic Grand Slam.

Cantwell took the flag from those early flagbearers and did it proud. It has been passed on to the next generation and nothing would make her happier than for her own impressive achievements to be surpassed by an Irish team in the near future.


popular
Carragher pushes all the right buttons and Keane delivers in gold
Jermaine Jenas' reaction to Eamon Dunphy punditry is absolutely hilarious
Ireland name team to play England
Conor McGregor's next fight narrowed down to two options
The Tony Kelly show in the storm as forgotten man Shanagher shows his worth
Rovers to continue Direct Provision initiative for 2020 season
"At the end of it, you're just saying, 'thank God I didn't block that ball down'"
You may also like
2 days ago
Andy Farrell names Ireland squad for crucial England game
2 days ago
Ireland expected to make only one change for Triple Crown decider
6 days ago
These three men have proved a point but are far from done
1 week ago
"CJ Stander, for all his praise, could have got carded a lot earlier that that"
1 week ago
Keith Earls and the role that could prolong his Ireland career
1 week ago
"I'm going with my gut here and feel it's the right thing to do" - Andrew Conway
Next Page