'Why would you kick it out?!' - In defence of Luke McGrath's big call

Luke McGrath backed up the pre-match comments of Leinster attack coach Felipe Contepomi - to play the Leinster way - but it backfired badly.

Surrounded by a rake of journalists, with the Leinster team bus already filling up, Luke McGrath was trying to explain a big play that ended up biting his side in the ass.

It would have been easy for the Leinster scrum-half to wave away requests for a quick post-match interview but McGrath stopped for a chat.

There were many moments in Leinster's 2-10 Champions Cup final loss to Saracens that could be looked upon as having a huge say in the final result - Garry Ringrose not passing on a 4-on-2 overlap, Scott Fardy's yellow card, Jerome Garces not going back to look at a Liam Williams knock-on.

Still, McGrath keeping the ball in play - and kicking for Rob Kearney to contest a high ball with Billy Vunipola - rather than kicking it out for half-time felt big at the time. It felt bigger at full-time when the scoreboard told us that Sarries had scored 17 unanswered points after that kick, sparked by a Sean Maitland try in first half added time.

"You'd probably just stop the game there and go in at half-time but we probably thought we'd go up in the air, challenge and maybe get a penalty out of the game and go in 13-3 possibly.

"But to give away a penalty at that ruck was fairly crucial and then their score at half-time was tough to take; especially when we had a good bit of the momentum in the first-half. They're a class outfit and they took their chance."

Leinster captain Johnny Sexton echoed those comments, and supported his half-back partner, after the game but McGrath has taken some criticism since the final.

On Baz & Andrew's House of Rugby, Barry Murphy argued [from 8:30 below] that McGrath should have played to the match situation and kicked for touch. Andrew Trimble, his co-host, was adamant that the Leinster No.9 did the right thing. 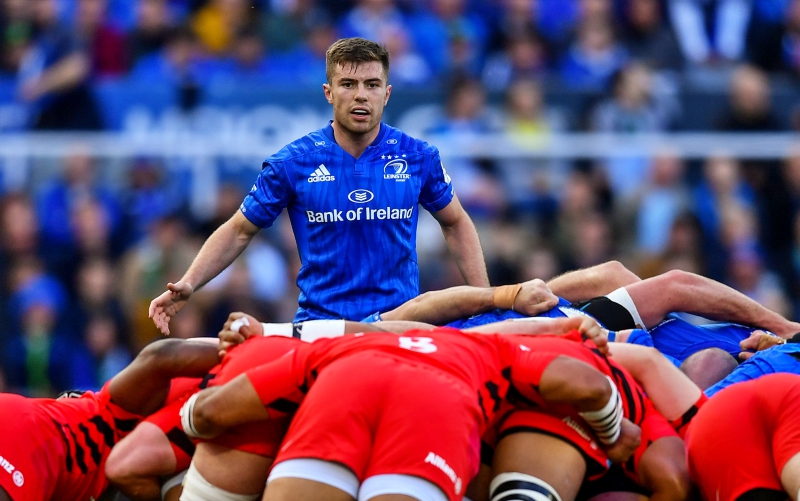 Going back to that moment, after the first half clock had ticked past 40:00, McGrath put up a steepler as Billy Vunipola was in the back-field. It was hoped, by Leinster, that Rob Kearney would get to the ball ahead of the big No.8.

As it turned out, Vunipola jumped and caught the ball and fended the on-rushing Kearney. He then crashed onto the fullback and Kearney was unable to roll away from the breakdown. Sarries won a penalty, kicked for touch, won the resulting lineout and, within 90 seconds, were scoring through Maitland.

"I think too much is being made of that moment," said Andrew Trimble.

"If you've got Kearney chasing that, and you've got the chance of a contestable [high ball], which is slightly more than 50/50 when Kearney is under it... if you forget about what happened afterwards and just look at what happened there and then, why would they not play? Absolutely, 100% you play.

"They've got a seven-point lead... the lead almost doesn't come into it as there is so much to be played. You definitely play there. You have a chance of getting the ball back at the Saracens 22 and maybe picking up another three points." 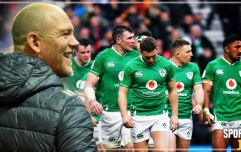 END_OF_DOCUMENT_TOKEN_TO_BE_REPLACED

"As you said, they had to work so hard for everything in this game," Murphy responded.

"To go in 10-3 up at half-time was a massive achievement for them, in my opinion. But look, hindsight is everything but I just think that was a huge point, and a huge turning point in the game. Such a shift of momentum for Saracens."

Upon hearing me, as producer, side with Murphy, Trimble fired back. Here is how it played out:

ANDREW: Lads! Honestly... honestly, wise up! Why on earth would you kick it out? This doesn't make any sense.

ANDREW: Yeah, and you've got a greater opportunity of attacking Saracens. They didn't get that many opportunities. Why would you kick it out?!

Just as it seemed as if Trimble was wavering, he steadied himself and argued that, all day, he would put his best chaser up against an opposition No.8 with a contestable.

The issue, for Trimble, McGrath and Leinster, is that the No.8 was the world-class Vunipola.


popular
"Conor Murray was hung out to dry"
Kilkenny youngster pulls off the no-look hand-pass once more
"Ireland don't ever do anything different and that's the worry" - Mike Tindall
"If Murray is playing that first half for England, he's probably Man of the Match"
Tyson Fury reveals what happened when he sparred Anthony Joshua
Four features of Mason Greenwood's goal vs Watford that shows he is going to the very top
Jacob Stockdale and Johnny Sexton not spared by English press
You may also like
2 days ago
Baz & Andrew's House Of Rugby - Twickenham carnage
3 days ago
"Next thing, all I see is this 'BANG' coming in over me... It was O'Driscoll"
4 days ago
"Emotions will be charged" - Sean O'Brien backing Ireland for Triple Crown
5 days ago
Guinness Pro14 Preview: Ulster v Cheetahs
5 days ago
QUIZ: How well can you remember this season's Premier League results so far?
5 days ago
Guinness Pro14 Preview: Edinburgh v Connacht
Next Page