We can't imagine Joe Schmidt going for this, but Luke Fitzgerald was asked for his Ireland team to face Italy.

The Ireland squad will reassemble at Carton House on Sunday evening before another week of hard work culminates in Rome's Stadio Olimpico.

Joe Schmidt's men - the reigning champions - are already six points behind table-toppers England after two rounds and, for all the respectful talk to come, they need to be targeting a bonus point victory over Italy. England face Wales in Cardiff and the winner of that contest will be well fancied to claim the Guinness Six Nations title.

Ireland looked a lot better in their 22-13 win over Scotland than they did in their Aviva Stadium loss to England. Still, there are many that feel Schmidt should shake up his starting XV for the trip to Rome to take on Conor O'Shea's side.

Jackman went for a new-look front row, teamed Joey Carbery up with Munster teammate Johnny Sexton and brought Rhys Ruddock in to an all-Leinster back row. 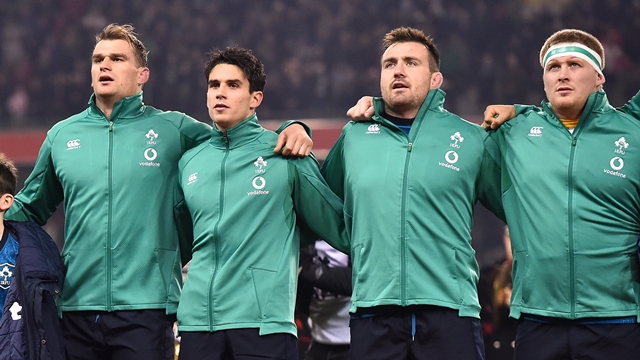 Fitzgerald's XV contained two surprise calls and a midfield of Will Addison and Munster's Chris Farrell.

The former Leinster and Ireland winger included Racing 92's Simon Zebo at fullback and Ian Madigan, who has not played for Ireland since June 2016, in the No.10 jersey. Fitzgerald said:

"Ian Madigan. I brought him in from the cold. I just think he is playing good rugby over at Bristol at the moment and I think he is still probably our second best ten even though I thought Joey Carbery went well last week."

Schmidt is currently playing Sean O'Brien in his side despite the Leinster back-row confirmed for a December 2019 move to London Irish. Still, for Schmidt to call back Zebo and Madigan seems highly unlikely.

Leinster get the job done in Viadana.

While we are all here, this was the Ireland team Barry Murphy and Andrew Trimble agreed on (with the help of David O'Doherty) on the latest episode of Baz & Andrew's House of Rugby.

Since that was recorded, Iain Henderson made a successful comeback from a hand injury to do well for Ulster in an 8-0 win over Ospreys. The big Ulster lock would presumably start in Murphy and Trimble's revised XV.

You may also like
5 days ago
Anthony Stokes has Livingston contract terminated after Astro Turf struggles
1 week ago
Andy Farrell will be sorely tempted to finish the Six Nations with these lads
1 week ago
Controversial disqualification gives Sam Bennett massive green jersey boost
1 week ago
Not a dry eye in Ireland as Sam Bennett breaks down after Tour de France triumph
1 week ago
Ireland set to face England, Wales and Georgia in 8 Nations tournament
1 week ago
"My gut was like, 'Stick Shane Duffy up front and let's go long'"
Next Page