With no pre-season friendlies planned, all four provinces could do with more hit-outs to get ready.

Leinster released a squad update, earlier today, that stated James Ryan, Dan Leavy and Tadhg Furlong were all progressing well in training and still in the selection mix for Friday's Guinness PRO14 semi-final against Munster.

In all likelihood, that trio of players are being prepped to feature in the Champions Cup quarter final against Saracens on September 19. Leinster senior coach Stuart Lancaster says 38 players featured in training today, at at UCD, and 45 could lace up for the final session of the week before bodies are rested up and Munster come into clearer focus.

Dropping the likes of Ryan, Leavy and Furlong into the mix for the semi-final would be a big roll of the dice, considering their respective times out and how well the wider squad have coped with Munster and Ulster in their two games back.

That trio may have to look on, this Friday, and hope to impress and progress again in training next week. Fergus McFadden is another Ireland international rehabbing well from an injury [calf] and targeting game-time before the curtain closes on this long and already unforgettable season.

END_OF_DOCUMENT_TOKEN_TO_BE_REPLACED

Connacht were the first of the four Irish provinces to finish out their 2019/20 campaign when they took on Munster at the Aviva Stadium, on Sunday. Andy Friend, their head coach, says the senior squad will have a week off before going into the 2020/21 pre-season.

With the return to rugby going well, at the Aviva Stadium, all of the provinces are keen to get 'A' games going so that their wider squad can get meaningful rugby in before we launch into another season. For Leinster and Ulster, games on September 11-13 would be ideal for some players - like Leavy, Ryan, Furlong, McFadden, Luke Marshall and Will Addison - to get minutes under their belt before the Champions Cup re-launches on September 19 and 20.

"There's been some talk [about 'A' games]," Lancaster comments. "I've not really seen the exact details, but I know the IRFU were hoping to arrange games like that.

"They're not confirmed yet, and certainly not pencilled in. The bizarre thing is that this season is coming to a culmination but the next season is going to start very soon. Round one of the PRO14 starts in a few weeks' time, only.

And, before long, the Ireland internationals will start and we'll lose a lot of players. While the lads aren't getting a lot of opportunities at the moment, come mid-October and all of November we'll be missing... I don't know how many Andy Farrell will pick but, traditionally, it's between 10 and 15, if not a little bit more." 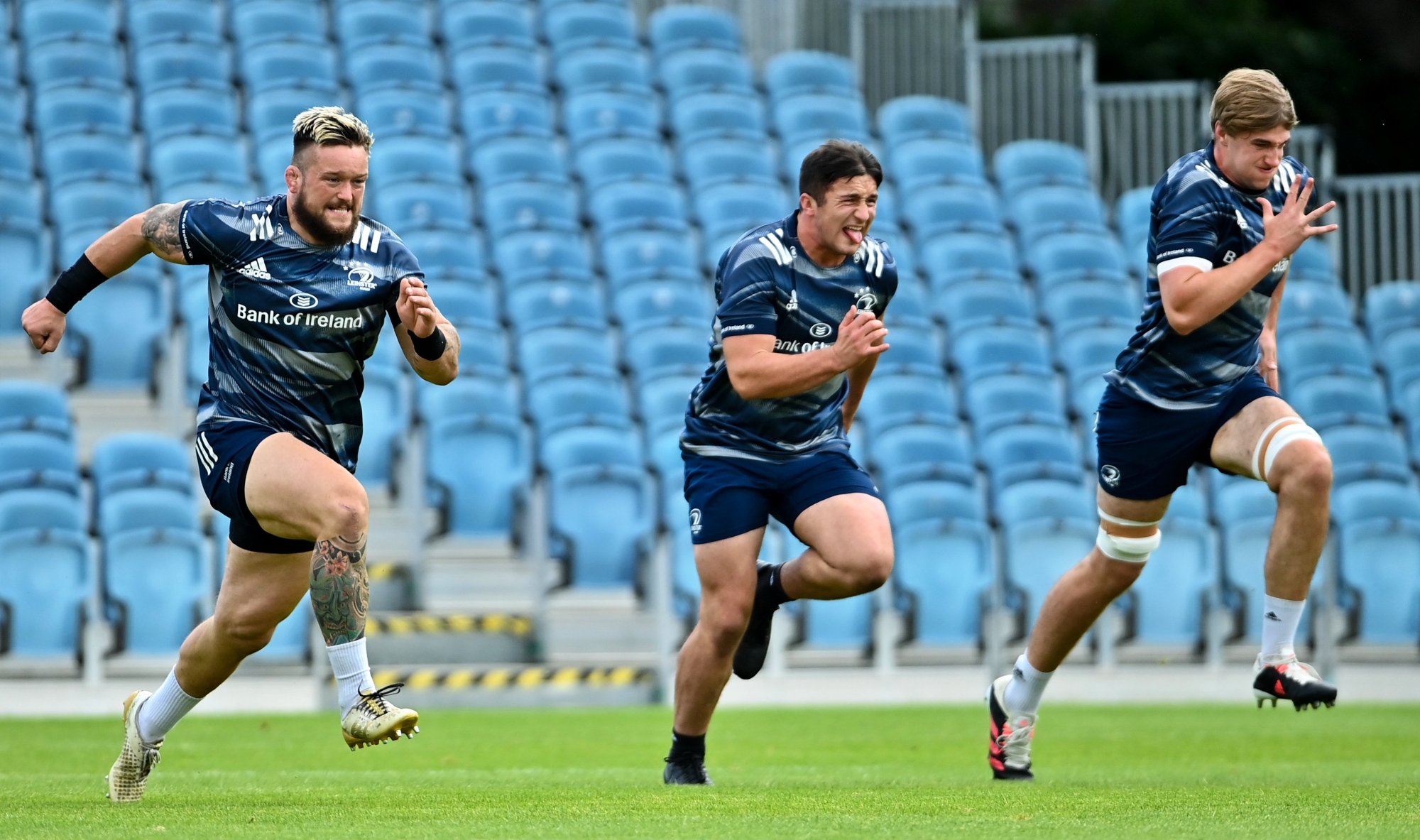 END_OF_DOCUMENT_TOKEN_TO_BE_REPLACED

Ryan and McFadden have both made tremendous progress with their respective injury rehabs, while Furlong has been close but not close enough to get a game due to a back injury.

Lancaster was asked if he, and his fellow coaches, would have to be 'cruel to be kind' with the needs of the team coming ahead of individuals eager to get involved in the business end of the season.

"We'll make the right decisions," he replies, "but it's all based on the medics and the conditioning team, really. From a rugby point of view, they've done enough sessions with us to satisfy us that they're good enough to be picked, in terms of selection.

"We wouldn't put them in if they weren't ready. But, equally, if they are ready, have trained and have proved themselves in training, they are high quality players and they are clearly going to push for selection."


popular
Talksport presenter puts Martin O'Neill to the pin of his collar over Declan Rice and Jack Grealish
Rory McIlroy explains 'falling out' with Shane Lowry that lasted a few years
The FootballJOE Qatar World Cup 2022 Geography Quiz
Roy Keane scores winning goal past Micah Richards in ITV v BBC pundits match
Ariel Helwani shares Paddy Pimblett WhatsApp messages as spat becomes public
World Cup Power Rankings: The top eight pundits of the tournament so far
World Cup Power Rankings: The top 10 players at the tournament ahead of the quarter-finals
You may also like
2 weeks ago
Alternative World Rugby Dream Team selected, with two extra Ireland stars
2 weeks ago
"Two Irish players are best in the world" - Rugby reacts to big Josh van der Flier and Terry Kennedy awards
2 weeks ago
Two baffling omissions as four Ireland stars make World Rugby 'Dream Team' of the Year
2 weeks ago
Josh van der Flier claims World Rugby Player of the Year at Monaco ceremony
2 weeks ago
"Highlight of my Ireland career" - Behind the scenes as Jack Crowley and Ross Byrne covered for a legend
2 weeks ago
Bundee Aki reminded us all of his best qualities, on a night Ireland couldn't do without him
Next Page