What are the odds of someone from Tallaght or Clondalkin playing for Leinster?

Interest in rugby picked up in the late 90s, participation levels have sky-rocketed and the talent is there. Still, no-one has made the breakthrough.

In order to build Shamrock Rovers' stadium into Tallaght, the community had to lose two playing pitches - one GAA, one football - just off the road we now know as Whitestown Way.

Tallaght has come a long way since the stadium was agreed in principle. And yet, despite the area having huge numbers of young people participating in sport, the area has still to produce a single person to play for Leinster Rugby. Clondalkin too.

Ahead of the 2016/17 season Leinster played host to Gloucester Rugby at Tallaght Stadium. While Leo Cullen and David Humphreys were giving half-time notes to their players, youngsters from Tallaght RFC played Clondalkin RFC out on the pitch. Five minutes each way.

For many of those young players, it may have been the biggest stage they will ever grace. What are the odds, though, of even one of them doing for rugby in Tallaght and Clondalkin what Robbie Keane, Richard Dunne, Glenn Whelan and many more have done for football?

We asked some folks in the know.

Charged with 'responsibility for rugby development in the province', the former Leinster and Ireland No.8 is highly involved with over 40 development and community rugby officers and has various projects on the boil.

Thanks in large part to cooperation from South Dublin County Council and clubs in the area, 3,500 primary and secondary students played the game, or gave it a spin, in the last school year. A proud achievement has been the establishment of the SDCC Cup, which features schools from Tallaght, Firhouse, Clondalkin, Rathfarnham and Rathcoole and has its final held at Donnybrook Stadium. 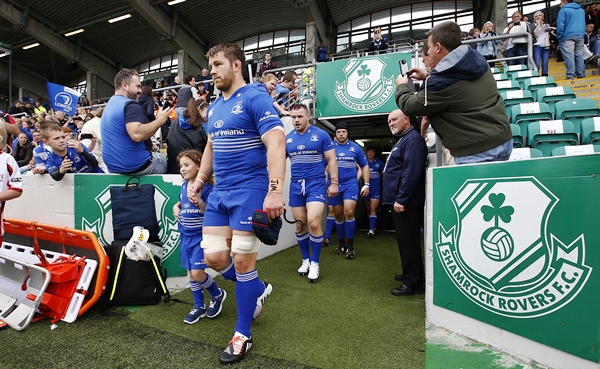 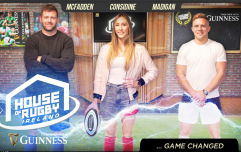 END_OF_DOCUMENT_TOKEN_TO_BE_REPLACED

Lawlor feels there is a common misconception that the schools route is the only way to make the breakthrough into the Leinster set-up. He points to current Leinster players Sean O'Brien (Carlow) and Tadhg Furlong (Wexford) as good examples of ones that were picked up through clubs.

"You'd be identified if you were that little bit special," he says.

Lawlor baulks at the example of Munster's Keith Earls - a Moyross, Limerick native - as an example of someone from a traditional, working-class background making it in rugby. Earls' father Ger, of course, is a former Munster player and was damn unlucky never to be capped by Ireland.

"Keith Earls is not someone who sprung up from the ether and arrived at Thomond Rugby Club," he argues. "The rugby background, that connection, was there."

The community officers are out there. If a young lad, or girl, is tearing it up, they will be identified. Leinster's Player Pathway goes from U14 to U19 with the province divided into five regions. So, you don't necessarily have to be with a big name club or vaunted school to be brought into the programme. Lawlor says:

"If your dream is to play rugby for Leinster or Ireland, we'll be there for you. We'll give you that opportunity."

Still, Lawlor admits, at present there are no players, male or female, in Leinster's senior team [male or female], academy, sub-academy or Sevens programme. 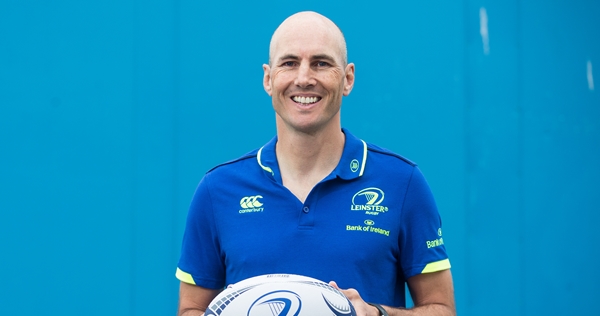 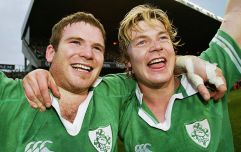 END_OF_DOCUMENT_TOKEN_TO_BE_REPLACED

Route: Terenure to Leinster to Ireland

"Definitely, there is a chance," Dempsey replies when he is asked if youths from Tallaght can allow themselves to dream of playing for Leinster.

His is a qualified opinion as he oversaw the Leinster Academy before he stepped in as backs coach under Cullen. Dempsey's pathway to Leinster was through Terenure [spotted by Jim Glennon playing All-Ireland League] but GAA was his first love.

The former Ireland fullback lists the projects across communities and the development officers but his voice picks up as he speaks about the Minis rugby that has swept the province. "It's hugely encouraging to see... There are clear avenues [now] for kids to be involved, even in non-traditional rugby areas. That's why we are out here, training to grow the game."

"I can't see us making the breakthrough," Kinsella concedes.

"It's a bricks a mortar issue. We don't have a home. No ground, no pitch to call our own. If we had that, we'd have someone in the Leinster Academy within three years because the talent is there." 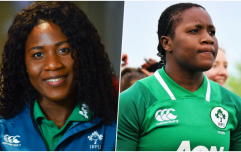 END_OF_DOCUMENT_TOKEN_TO_BE_REPLACED

Kinsella may come from a family where "bogball" is king but rugby is his passion. Originally from Clondalkin, Kinsella played rugby when attending I.T Tallaght as a student. It was there, through rugby development officer Eoin Hogan, that he got involved with teaching children the game. Over 15 years later and he is still plugging away to spread the game in Tallaght. 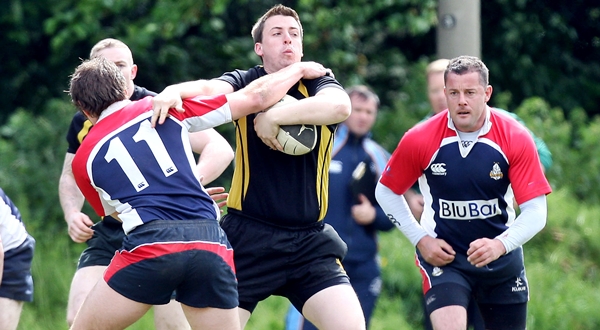 Tallaght RFC are a club that will readily admit they don't have 'a pot to piss in'. They don't have a home ground and currently use two pitches in Firhouse for games. They can use one, near a NAMA-owned church, on the proviso that they keep the grass cut. Kinsella says:

"With the sheer, raw talent we have here, as a community, it's shocking that we haven't had a break-out rugby star from Tallaght. Having absolutely no facilities doesn't help.

"What do I do if a guy has talent? Ask him to get changed in the back of his car? I export every good player I have. We're a feeding factory for the likes of St Mary's or Clondalkin."

There are a few of players that made it close to being that first one from Tallaght to play professional rugby with Leinster. Sean Preston and Andrew Grace [both props] played for Leinster Youths as did Kris Greene [scrum-half], who played for Ireland U20s in 2008.

Last August, Kinsella was at Tallaght Stadium. He was cheering on Leinster and beaming with pride as the next generation of Tallaght RFC players peg it around the pitch and spot those gaps.

"It means so much that Leinster are coming here," he says. "The players are always so good. I know, after the game, that Leo will have each one of them outside the ground signing autographs and chatting to the kids. It will inspire so many."


popular
"There's a nice bit of balance in that full forward line" - Mayo moving well
You have five minutes to name these four footballers, but it probably won't be enough time
The SportsJOE 12 o'clock quiz | Day 212
Bruno Fernandes had an endearing reaction to being named Man United captain
Alfredo Morelos on ultimate wind-up as Shane Duffy has day to forget
The SportsJOE 12 o'clock quiz | Day 211
Sergio Aguero brain-freeze as he grabs Sian Massey-Ellis
You may also like
2 days ago
"I don't take any pleasure whatsoever from not picking lads... but you've got to make the call"
5 days ago
Time to end the Jeff Hendrick No.10 experiment
5 days ago
Second row complications could tee up a fearsome Irish partnership
6 days ago
U21 qualification on a knife edge after Irish defeat in Pisa
1 week ago
"Two absolute bulldozers" - Gordon D'Arcy on the toughest centres he ever faced
2 weeks ago
"That would be a positive" - Stuart Lancaster backs South African heavyweights for Guinness PRO14
Next Page