Leinster have reportedly signed an Australian international... and he's a flanker

So it may come as a gigantic surprise to hear Australian flanker Scott Fardy's comments to the Canberra Times today.

The Wallabies star has told the newspaper he will join Leinster at the end of the 2017 Super Rugby season. He said:

"It's still a big year ahead at the Brumbies and I'm looking forward to the season ahead in Canberra.

"I'm also excited about the chance to join Leinster next season. But I've got a lot that I want to achieve at the Brumbies and it should be a great year with the boys."

Many would argue that Leinster have back-rows coming out of their ears but Leo Cullen and Stuart Lancaster could argue that Sean O'Brien, Jamie Heaslip, Jack Conan, Jordi Murphy and even Dan Leavy will be regularly in Ireland camp over the coming months and years.

Fardy can also cover second row and his versatility may have been key in getting the two-year deal over the line. 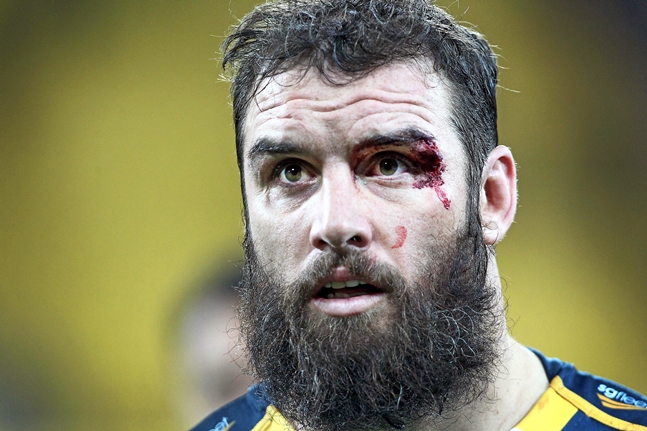 END_OF_DOCUMENT_TOKEN_TO_BE_REPLACED

News of the 32-year-old's signing comes on the back of Wednesday's announcement that captain Isa Nacewa would be staying on with the province for another year.

Fardy has played 39 times for Australia and started in the 2015 World Cup final loss to New Zealand. He could still feature for the national team at the 2019 World Cup because he has played enough seasons in the country.


popular
Ireland team to play Wales: Andy Farrell's XV, the big calls and bold cuts
Ireland's self destructive mentality kills Croke Park fight for Katie Taylor
Roy Keane reminds everyone of his feelings towards Newcastle United ahead of cup final against Man United
Everton release brutal 59-word statement to confirm Anthony Gordon departure
Even Roy Keane felt Michael Dawson went too far with his remark to Tom Heaton
Five confirmed changes and guidelines to have big impact on 2023 Six Nations
Owen Farrell praises Johnny Sexton in revealing interview ahead of Six Nations
You may also like
1 month ago
Johnny Sexton damages cheekbone in match-ending collision with Jarrad Butler
1 month ago
"They got walked over, like schoolboys" - The Leinster try that will stick in Munster's craw
1 month ago
Caelan Doris proves world-class credentials as Leinster annihilate Racing 92
3 months ago
"Thomas Ahern is going to be the new Paul O'Connell, in my opinion"
3 months ago
Munster bloody Leinster's nose but get hit with late, knock-out blows
3 months ago
"You throw a stone across the river, you're in Waterford, boy!" - Tadhg Furlong on growing up near Munster border
Next Page