Leo Cullen has probably spent more time fretting on the availability of players than plotting for Bath's downfall.

Now, at the very least, Leinster know the hand they have been dealt.

We will start with the good news. Isa Nacewa, Luke Fitzgerald and Ben Te'o are all back for Saturday's Champions Cup pool game with Bath.

END_OF_DOCUMENT_TOKEN_TO_BE_REPLACED

Unfortunately, they will face Mike Ford's side without Sean O'Brien [concussion] and Rob Kearney [hamstring].

Added to that are the exclusions of Mike McCarthy, Richardt Strauss [both concussion] and Jack Conan [broken foot] and the size of this weekend's task mounts.

Cian Healy comes in to start at loosehead while Isaac Boss replaces Eoin Reddan at scrum-half.

With a double header against Toulon in December, this game must surely rank as a must-win. 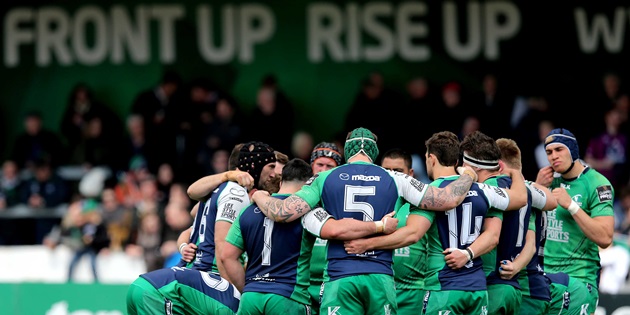 END_OF_DOCUMENT_TOKEN_TO_BE_REPLACED

Connacht, meanwhile, have made 13 changes from the team that travelled to Siberia last weekend and claimed an opening day Challenge Cup win.

Most of that travelling squad only returned to Ireland on Tuesday afternoon after countless frustrating delays.

The head coach is able to recall Irish internationals Robbie Henshaw, Kieran Marmion and Nathan White to his XV for Saturday's date with Brive. 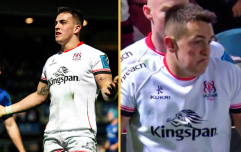 "I'm not a fan of that celebration" - James Hume earns praise, and a gentle scolding

END_OF_DOCUMENT_TOKEN_TO_BE_REPLACED

You may also like
1 week ago
"Let's just say the truth - Connacht hate Leinster so much" - Darren Cave
1 week ago
Ulster make massive statement as they out-gun Leinster in Dublin
3 weeks ago
Felipe Contepomi on how dual playmakers can wreak havoc on Test defences
1 month ago
Westmeath minor and Leinster u20 star Fionn O'Hara signs for AFL club
1 month ago
"Where Johnny Sexton is so important to us now is being able to pass the baton"
1 month ago
"I'd love to finish on home soil but I can't see it. I won't be playing in the next Six Nations"
Next Page