Having been on the end of a few tough assignments, against Leinster and Ireland, in Dublin, Sam Warburton had nothing but empathy for Connacht.

The first half saw Leinster go 3-0 down and almost go behind, on the day and on aggregate, when Jack Carty lined up a penalty to make it 6-0. The outhalf missed and that was as good as it got for the Westerners.

END_OF_DOCUMENT_TOKEN_TO_BE_REPLACED

Jamison Gibson Park finished off a Leinster burst from deep in their own have that had Sam Warburton, on commentary duty for BT Sport, describing it as 'All Blacks-esque'.

"That man Josh van der Flier again, making yards. It's not an understatement to say Josh is one of the best 7s in the world, and he has been for some time.

"He's putting in big performances week after week and playing at such a high level with real consistency."

This was certainly not the first time the former Wales and British & Irish Lions captain had talked up the Leinster and Ireland flanker. Ahead of the 2021 Lions Tour to South Africa, Warburton insisted that van der Flier should have been part of the travelling party.

Back on the Aviva Stadium pitch, a grim first half for Connacht ended with Bundee Aki in the sin-bin and James Lowe got over for a try, deftly created by Johnny Sexton. 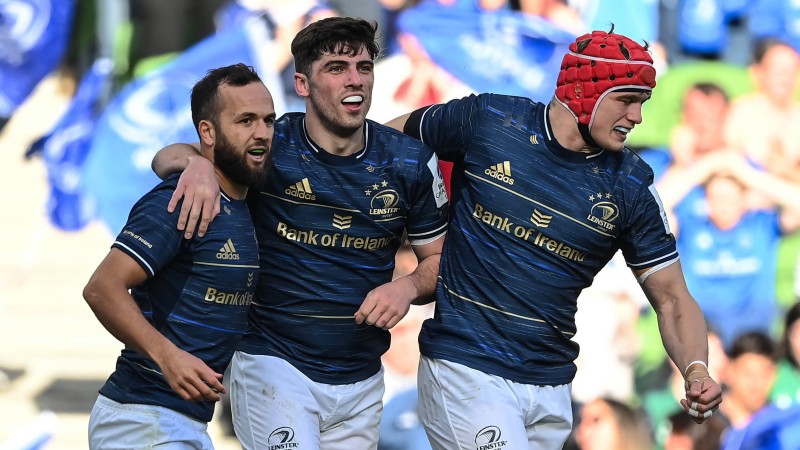 Leinster show no second half mercy 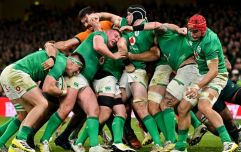 END_OF_DOCUMENT_TOKEN_TO_BE_REPLACED

If Connacht were hoping to claw their way back into a contest that looked well lost, and at least finish with a respectable final scoreline, they would be left disappointed.

Connacht did bite back with a Tiernan O'Halloran try, but Jack Augnier was their next player sin-binned after a needless and messy clear-out on Josh van der Flier.

To make matters worse for Connacht, the fact they had lost Finlay Bealham to concussion and Augnier to the sin-bin, the visitors were temporarily reduced to 13 men. Leinster got James Lowe for his second try while they had their numerical advantage.

Restored to 15 men for the final stages, Andy Friend's side scored late tries through Sam Arnold and Abraham Papali'i, either side of what turned out to be James Lowe's hat-trick try.

The final act saw Ross Byrne convert the James Lowe try [his fourth] after a wonderful chip over the top.

Our Man of the Match: James Lowe (Leinster)