On the latest episode of House of Rugby, former Leinster back-row Sean O'Brien was making Welsh star Jonathan Davies extremely jealous of the set-up at his old team.

Leinster have just claimed their fourth consecutive PRO14 title and are the only non-French side in the last four of the Champions Cup. Last Saturday, they went to the home of 2020 European champions Exeter Chiefs and beat them by a distance.

Davies' Scarlets team made the last 16 of the tournament but were thrashed by a Sale Sharks side that were summarily dispatched by La Rochelle in the quarter finals. O'Brien told 'Foxy':

"That's been the key to Leinster's success over the last number of years - performing when the big boys are away. They used 56 players in the PRO14 season, a lots of young academy lads, and bits and pieces... when it comes back to finals rugby, because the boys do so well in those periods, there's an expectation on the senior lads coming back in to raise their game again. That's what is expected at Leinster.

"The standard they have at Leinster," he added. "The standard at training is absolutely phenomenal. That's one of the things were I think, Foxy, if you went to Leinster for a week's training, you'd just be shocked at the intensity of it." 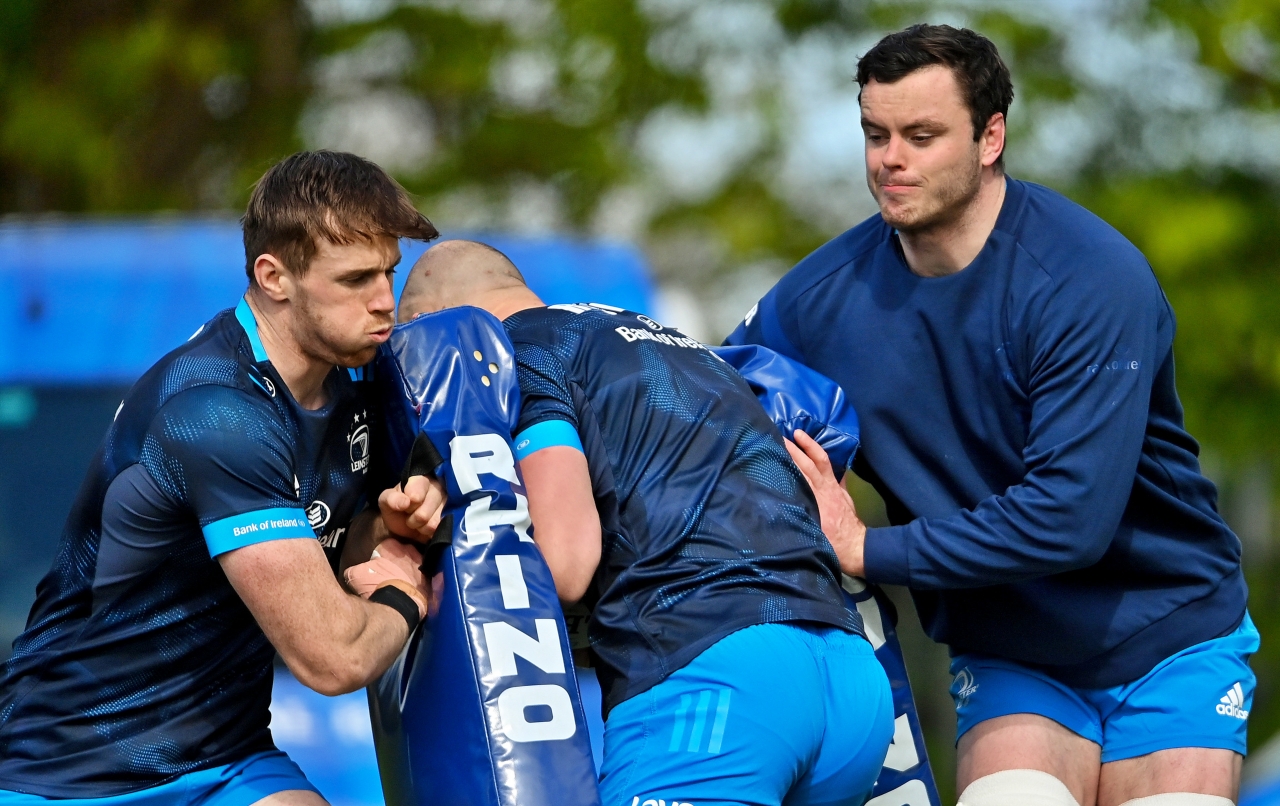 END_OF_DOCUMENT_TOKEN_TO_BE_REPLACED

The announcement, today, that four Leinster players - Tadhg Furlong, Josh van der Flier, Robbie Henshaw and Hugo Keenan - have been shortlisted for European Player of the Year will come as no surprise to supporters that have followed this side closely. The only grumble may be that, like La Rochelle, their was not a fifth name on that list.

Leinster scrum coach Robyn McBryde was named as part of the British & Irish Lions coaching staff, on Tuesday, and he believes his charges have boosted their ambitions of touring South Africa by making it to the Champions Cup semi-finals. He said:

"You want to be playing at the business end of the season and there's no-one better than Leinster, who've been involved time and time again. Consistent performers. It's a great opportunity for them."

Back in 2017, Leinster had five players included in Warren Gatland's Lions squad to tour New Zealand. O'Brien [London Irish] and Jack McGrath [Ulster] have moved on, but the three that are still at the club - Henshaw, Furlong and Johnny Sexton - are all odds-on to travel again. 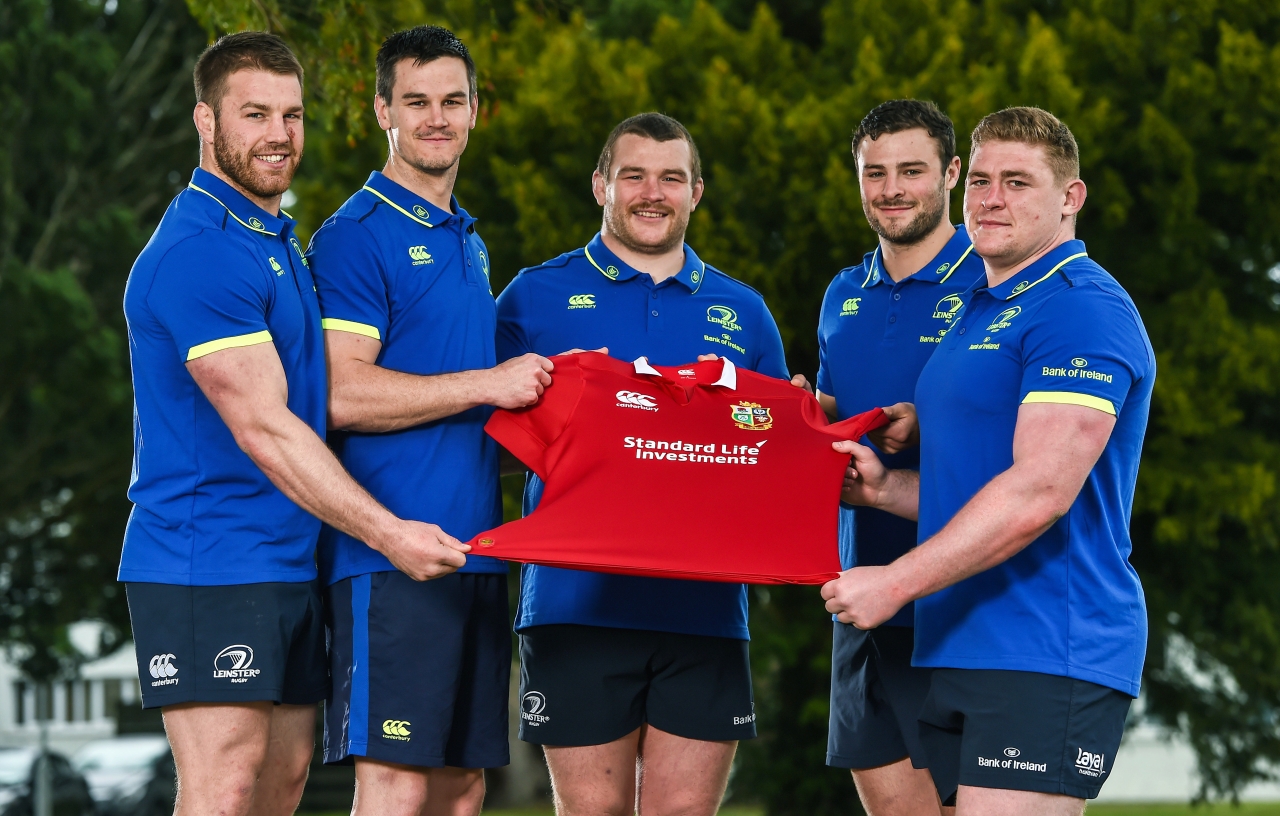 END_OF_DOCUMENT_TOKEN_TO_BE_REPLACED

This time around, there are 16 Leinster players that will have genuine hopes of making the 2021 tour.

We will take a brief look at each potential Leinster Lion and rate their chances of a call-up out of 10.

In really good form, for club and country, but up against it. Mako Vunipola is likely to get a show of faith while Wyn Jones - with two man-of-the-match awards - was the form Six Nations loosehead. Could be a toss-up between Healy and Joe Marler to travel, with Scotland's Rory Sutherland also in the mix. (6/10)

Has to be listed as an outsider, but many involved in Irish rugby are backing him as a sleeper selection. Ken Owens is a lock and Jamie George has a strong 2017 tour in the bank, but Saracens being in the Championship hurts him badly. Kelleher may find himself dicing with Luke Cowan-Dickie and Ireland teammate Rob Herring for that last hooker spot. (5/10)

The moment he returned from his long lay-off, he showed us all what we had been missing. Andrew Porter manned the fort excellently, but Furlong is another level up again. Definitely going. Definitely starting. (10/10)

Now, here's an interesting one. In with a good shout for that third tighthead spot, but his ability to play loosehead, too, could swing it for him. His biggest competition is Zander Fagerson. (6/10) 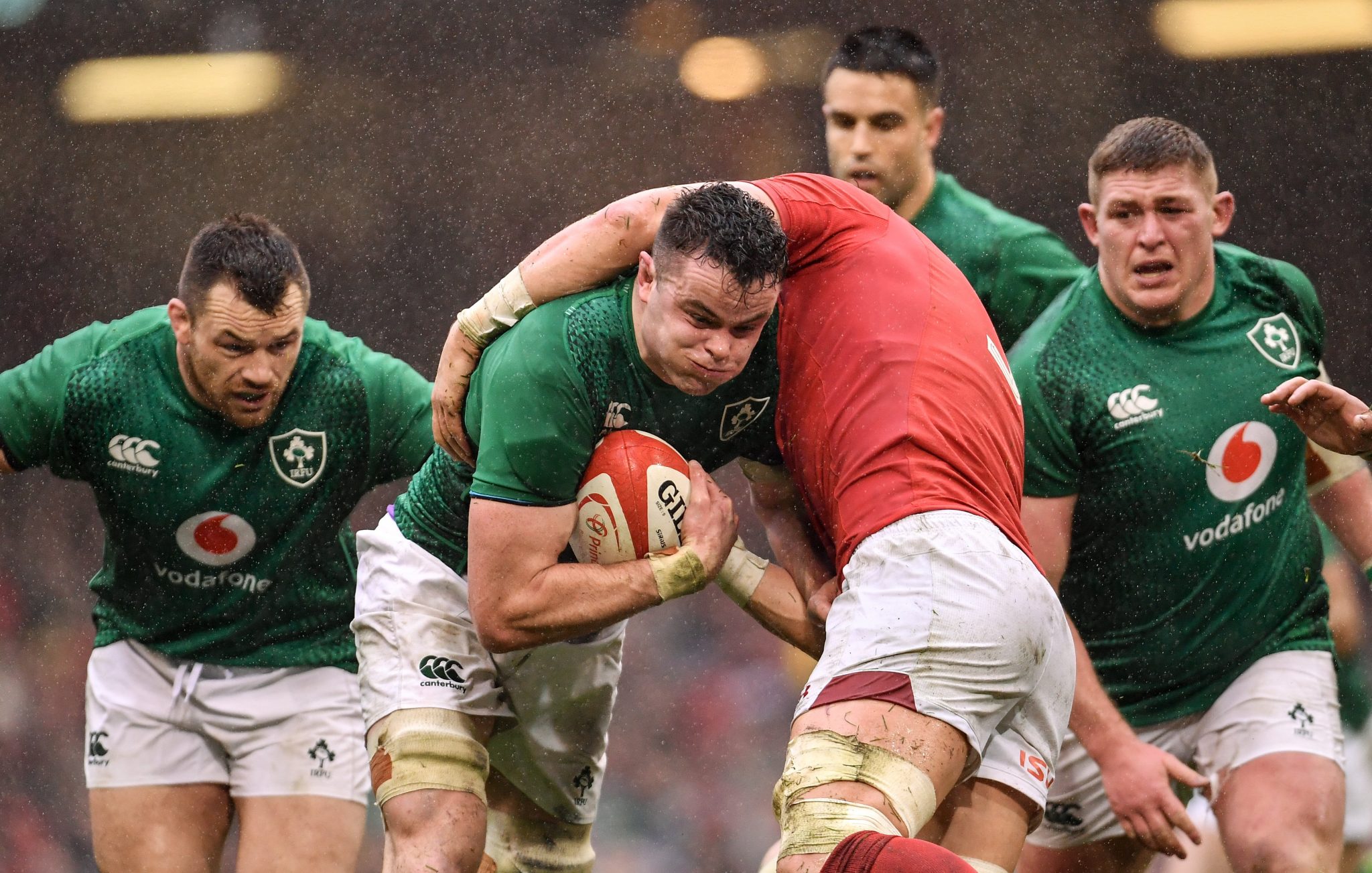 If Ryan can get back playing for Leinster and get clear of some worrying concussion issues, he is a certainty for the squad. A head injury-hit Six Nations have seen him miss out on many pundits' Lions Test XV selections but expect him to press for selection against the Springboks. (9/10)

Another of the outside bets and the closest thing to a Leinster and Ireland bolter, given that he has just three sub appearances at Test level. His impact sub cameos - such as that charge down against Scotland - saw Martin Johnson put him in the Lions tumbler. Ability to play flanker and lock strengthens his case. (6/10)

Given that Ireland will be going up against a beastly South African pack, having a fine physical specimen like Ruddock in the touring party would be a handy addition. His case is harmed, though, by only making one Six Nations appearance, in the home loss to France. (4/10)

Was on a fast-track for the Lions until a bad knee injury before the England game saw him miss out on all that fun. He could return for the latter stages of The Rainbow Cup, but not in time to convince the Lions coaches he is fully fit. A late call-up possibility if injuries hit the squad. (3/10)

Was in the squad selection debates for 2017 but missed out. Was dicing with Connors for the Ireland No.7 jersey but grasped his chance against England and followed it up with a superb game against Exeter Chiefs. The back row spots will be hotly contested but a strong showing against La Rochelle could get him in there yet. (5/10)

"He's someone, who, if he can keep building on the early form he’s shown this season, there’s no reason why he can’t put his hand up for Lions selection." So said said Ian Madigan, in late 2020. One of Irish rugby's bright lights, last year, ongoing concussion issues saw him withdrawn from the fray for the past few months. He was discussed by Lions coaches, on Monday, but would need to feature in Rainbow Cup and Champions Cup games, over the next few weeks, to stand a chance. (4/10)

An excellent 'finisher' off the bench for Ireland in the Six Nations, he got his chance for the finale against England and had a stormer. Like van der Flier, followed that up with a super game against Exeter. Can play blindside too, but up against No.8s like Billy Vunipola, Toby Faletau and Sam Simmonds for a spot. (5/10) 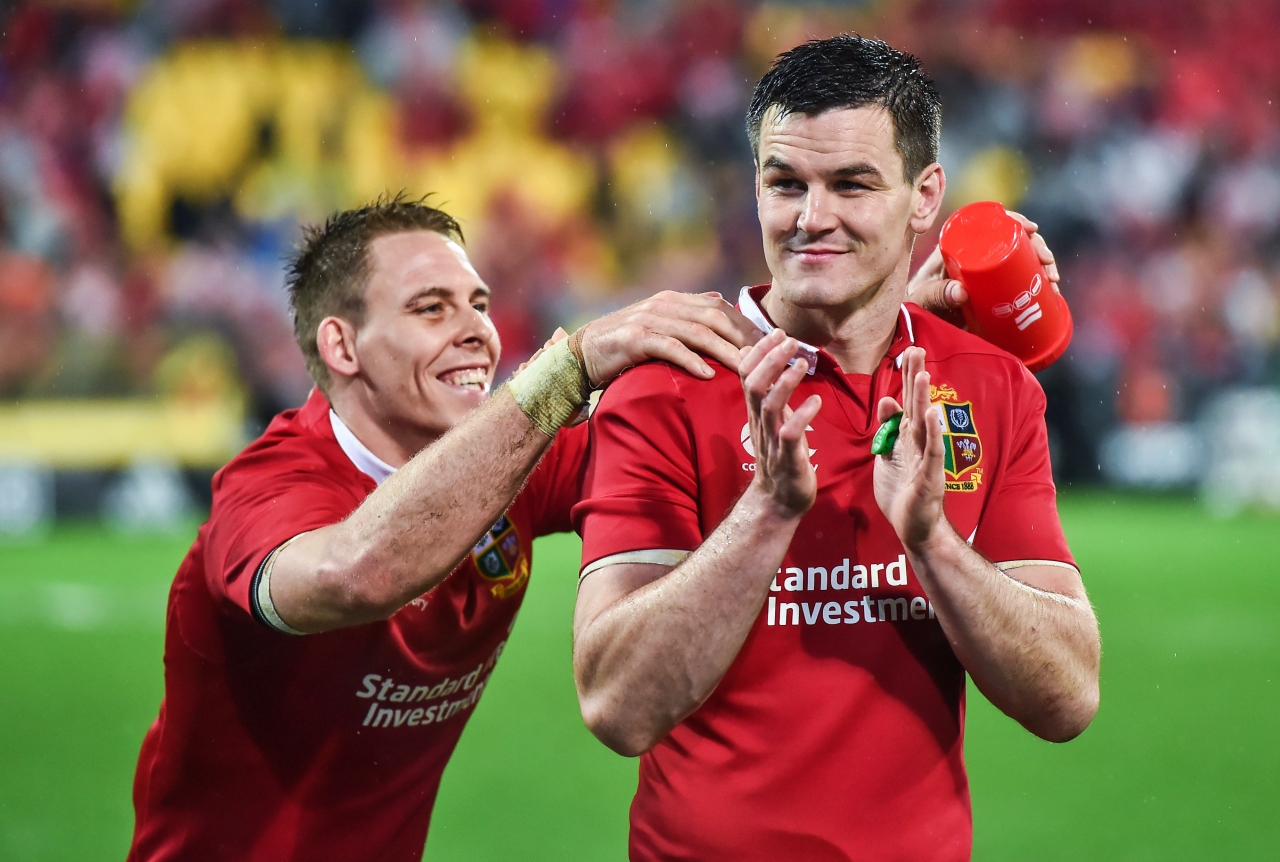 Proved anyone brave enough left to doubt him wrong in the Six Nations by pulling strings in their three wins and going well against Wales until a head-knock ended his involvement. Kicked 25 from 26 too, and that could be the clincher. Only reason he is not getting full marks are these concussion worries, which were raised again after he left the fray against Exeter. (9/10)

Like Furlong, a certainty and certain to start. The only question Warren Gatland has is whether to start him at 12 or 13 in South Africa. (10/10)

Injury hit him at a bad time, in the Six Nations, but had been in good form up until that point. Has wing experience with Leinster and is a handy goal-kicker, if the Lions coaches need extra convincing. Should travel. (8/10)

Would not be happy with his Six Nations campaign, but had returned after an injury lay-off and got better with each week. An outsider heading into the Exeter game, he scored two crackers to move up the wingers' queue. Can play fullback too. (6/10)

Mr Consistent for Leinster and Ireland. Like a part of the furniture at this stage. Had a very good Six Nations and has been one of Leinster's best players this past two seasons. Can cover wing, which bolsters his cause. (7/10)


popular
Argentina reach World Cup last-16 with convincing win over Poland
Cristiano Ronaldo 'agrees £173m-a-year deal' with Saudi club
"Nowadays, even if I don't hit a ball, I don't care as long as we win" - Gleeson learning from the past
World Cup 2022 Day 11: All the major action and talking points
Thibaut Courtois warns teammates after leaks emerge from Belgium camp
Ronaldo finally reveals why he got that hideous haircut
Damien Duff makes 'brutally honest' England World Cup prediction after Wales win
You may also like
5 days ago
Former England international admits he wishes he had played for Ireland
1 week ago
Two baffling omissions as four Ireland stars make World Rugby 'Dream Team' of the Year
1 week ago
Josh van der Flier claims World Rugby Player of the Year at Monaco ceremony
1 week ago
"Highlight of my Ireland career" - Behind the scenes as Jack Crowley and Ross Byrne covered for a legend
1 week ago
Bundee Aki reminded us all of his best qualities, on a night Ireland couldn't do without him
1 week ago
Peter O'Mahony delivered some fitting Jack Crowley comments after surprise Test start
Next Page