Leah Lyons has been playing rugby all her life - from Ballyhooly, Fermoy and Highfield to Munster and across the channel to Harlequins - and knows she has made some remarkable leaps along the way.

The 24-year-old, who hails from the same Cork village as Mike Ross, has taken each challenge that has come her way, each step up, with relish and excelled.

At 21, she made her debut for Ireland against a mighty English side, coming on after only 30 minutes when Cliodhna Moloney was injured. "It was absolutely crazy," she recalls. "I was down warming up with Chloe Pearson, who I would have come up through underage with and it was like, 'Right, you're coming on'. It was terrifying but it was amazing."

Since then - incredibly switching between tighthead prop and hooker - Lyons has racked up 22 Test caps and scored five tries in the process. Ireland are going through some tough times, of late, but Lyons has been a gem of a find.

The forward joined host Niamh McEvoy on the latest episode of PlayXPlay and [from 1:30 below] spoke about her involvement in World Rugby's new #TryAndStopUs campaign for the women's game, her career to date and getting support and feedback from her male counterparts. 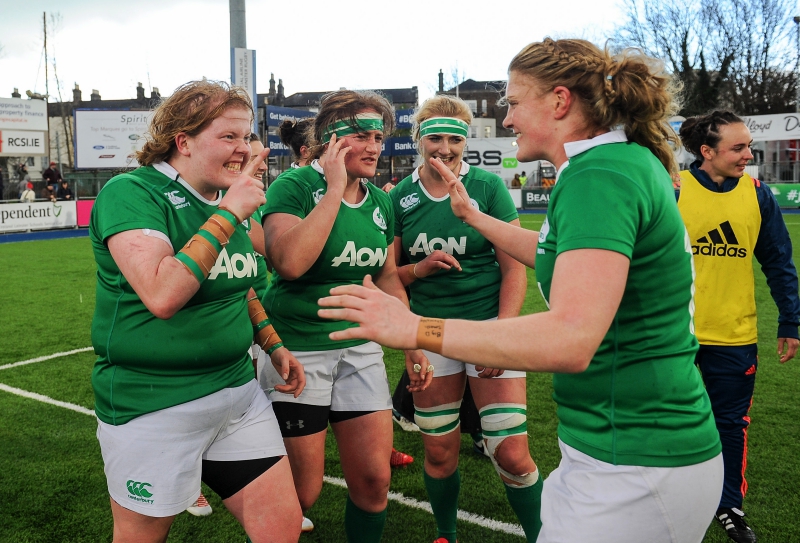 Lyons notes how inclusive Harlequins are, from her experience there, and how the men's team is as supportive and genuinely interested as possible. 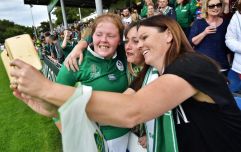 END_OF_DOCUMENT_TOKEN_TO_BE_REPLACED

The likes of Adam Jones and Joe Marler have taken the forwards for training sessions while Quins head coach Paul Gustard (formerly defence coach with England) put the entire squad through a gruelling two-hour session based on defence and ran them ragged.

Last Christmas, Harlequins senior team invited the ladies along to their Christmas party, after training, and served them their food before everyone tucked in.

"In Quins," she says, "the boys always know what’s happening. They always know that there is a match happening or what the score was or, ‘How did you get on at the weekend?’ You’ll always get that little interaction."

Despite playing three years for Ireland Women, Lyons says that only one current men's international, ever went out of his way to offer advice or support.

"Sean O’Brien would be very interested. He knows Ali Miller so there’d always be that connection where, like, he went to a few of the World Cup games.

"And then, here, we were at the Rugby Players Ireland awards last week and it was the first time one of the boys actually asked how I was getting on over in England – Jack Carty.

"I was like, ‘Hold on a minute, how do you know any of this?’ You know, it’s nice to see them getting involved, wanting to know and showing an interest."

Great to hear that Connacht outhalf Jack Carty, who won the first of his three Test caps during this year's Six Nations, has been tracking the impressive progress of Lyons, and the Ireland Women's team.

CHECK OUT THAT PLAYXPLAY EPISODE HERE: