"It was one of the key moments in rugby as a game, in this country and others."

Lansdowne FC has produced 117 players that have gone on to represent Ireland. Only Dublin University Football Club (formerly Trinity College) has produced more - 160. It has had 15 British & Irish Lions and one Argentina international - Felipe Contepomi.

END_OF_DOCUMENT_TOKEN_TO_BE_REPLACED

To mark the occasion, author and historian Ivar McGrath has compiled an exhaustive and entertaining history of Lansdowne FC that charts the many highs and lows of 150 years of rugby and both societal and historical shifts.

McGrath played up to U19 level with Lansdowne and, following a discussion with the club and fellow historian and sports nut Paul Rouse, a decision was taken to put the book, Lansdowne FC: A History together. He tells us:

"I was inspired by the idea of doing a history of an iconic club. The goal was to a proper, historical telling of the club from the get-go." 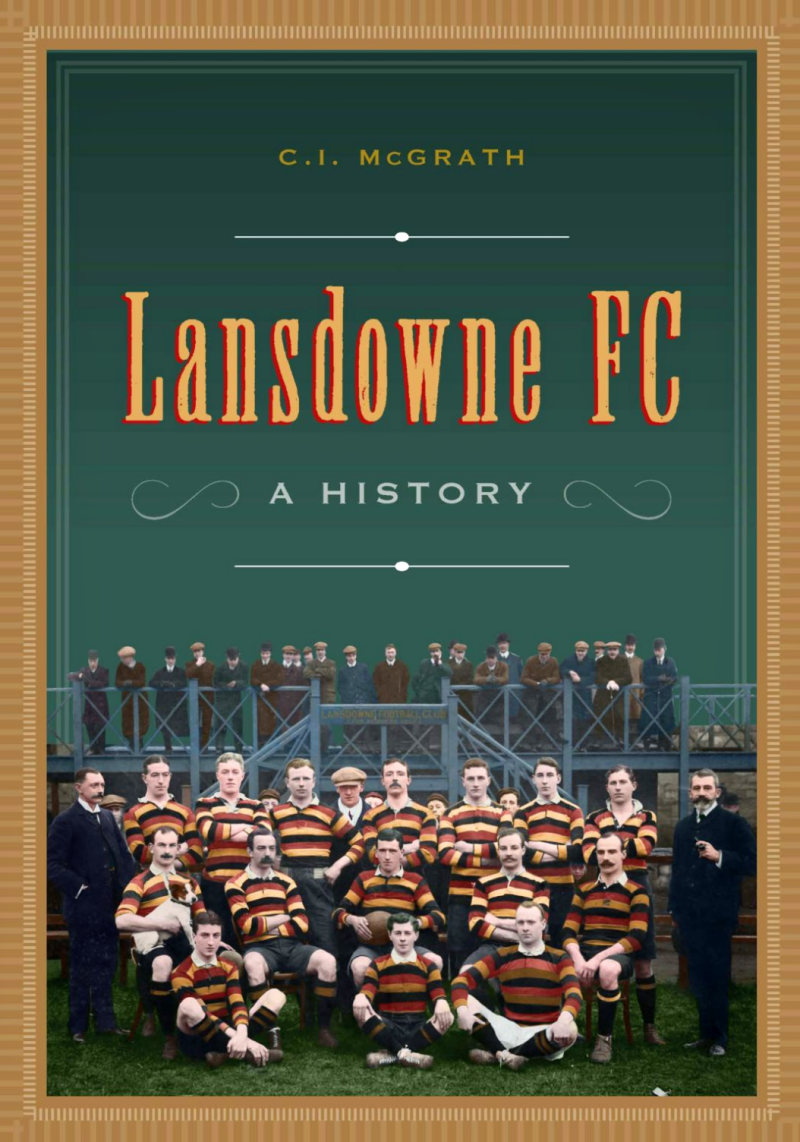 World War I and its' wider impact on club rugby

END_OF_DOCUMENT_TOKEN_TO_BE_REPLACED

In charting the big shifts and currents of Irish society, impacted by events within and without our borders, Ivar McGrath touches on some big events over the past 150 years.

The First World War, he says, led to several rugby clubs, and other sporting groups, to cease. "It was one of the key moments in rugby as a game, in this country and others," he comments.

"From 1914 until 1918, there were no clubs and schools rugby matches. There was the odd charity game... It affected clubs an awful lot.

"73 members of Lansdowne FC died fighting on the Western Front and in places like Gallipoli. The club had 300 members in 1914 and, by 1918, that was down to 30. Some clubs, across the country, did not re-emerge."

END_OF_DOCUMENT_TOKEN_TO_BE_REPLACED

The club did eventually get back motoring again, following World War I and was a bustling enterprise again, as the decades ticked by. On the junior rugby side of operations, there were playing stints at Kimmage Grove, Knocklyon and sharing pitches with Old Wesley, out in Sandyford.

There were challenges along the way, says Ivar McGrath, but one of the most divisive revolved around club teams and the Ireland rugby team facing off against South African sides during the apartheid era.

"Of course we can look back now," he says, "and say it was a no-brainer, and that we should not be sending Irish teams to play in South Africa. However, it was not as clear-cut back then, in the late 1970s and early 80s. A considerable number of people had no issue with sending touring sides there while others were joining protest marches down to Lansdowne Road." 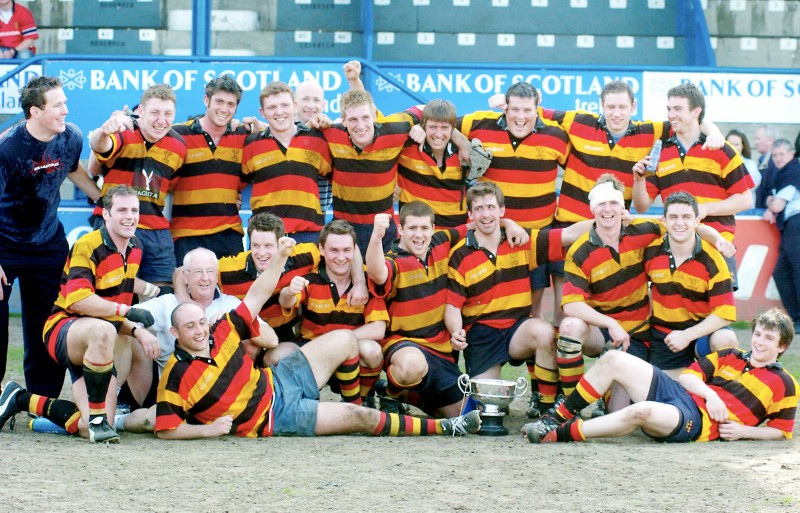 Lansdowne players and staff celebrate following their side's victory of a Leinster Junior 1 League Final match against UCD, at Donnybrook Stadium, in 2004. (Photo by Brian Lawless/Sportsfile)

'The biggest challenge since World War I'

1995 saw the International Rugby Board [now World Rugby] take the decision to move the senior men's game from amateur to professional. For clubs across Ireland, and the globe, it was a sea change.

McGrath says it was 'the biggest challenge since World War I' for clubs in Ireland. While clubs in England, France, Scotland, Wales and Italy all tried, with various shades of luck or plain misfortune or mismanagement, to take that giant leap, the IRFU had different idea. McGrath comments:

"Very quickly, the IRFU made it clear that the order was to be the national team, the provinces and the clubs."

There would be no Lansdowne, Cork Con and Garryowen mixing it in the Heineken Cup. Instead, it would be Leinster, Munster, Connacht and Ulster. The clubs that did not like it, had to lump it.

Lansdowne themselves "tinkered" with the concept of paying club players, while other clubs went further and soon found it was not sustainable as crowds dwindled and interest rose in the four provincial sides. It was decided that the coaches would be paid but club players would remain amateurs, unless aligned with a province.

The big question, back in the late 90s, was 'will we get to play Gordon D'Arcy and Shane Horgan'. The clubs did get decent minutes out of their big names, back then, but the advent of the Celtic League [now the United Rugby Championship] saw that change.

Clubs like Lansdowne now feed into the Leinster Rugby talent conveyor belt, along with an enviable schools rugby system, but the club also has players that have ended up achieving success further afield, such as Tadhg Beirne (Munster), Oisín Dowling, Tom Daly, Paul Boyle and Tom Farrell (Connacht).

Lansdowne FC: A History is as much a story about one Dublin club as it is rugby in Ireland, and all of the challenges it has faced and triumphs it has enjoyed over 150 years.

*Anyone interested in picking up a copy of Lansdowne FC: A History, you can find more on it here.


popular
Talksport presenter puts Martin O'Neill to the pin of his collar over Declan Rice and Jack Grealish
Roy Keane scores winning goal past Micah Richards in ITV v BBC pundits match
Gary Neville sticks up for Ronaldo as contextless pictures and videos taken as gospel
World Cup Power Rankings: The top 10 players at the tournament ahead of the quarter-finals
Rory McIlroy explains 'falling out' with Shane Lowry that lasted a few years
World Cup Power Rankings: The top eight pundits of the tournament so far
"There's no soccer, hurling, or rugby" - Kilcoo's secret to success
You may also like
2 weeks ago
Alternative World Rugby Dream Team selected, with two extra Ireland stars
2 weeks ago
"Two Irish players are best in the world" - Rugby reacts to big Josh van der Flier and Terry Kennedy awards
2 weeks ago
Two baffling omissions as four Ireland stars make World Rugby 'Dream Team' of the Year
2 weeks ago
Josh van der Flier claims World Rugby Player of the Year at Monaco ceremony
2 weeks ago
"Highlight of my Ireland career" - Behind the scenes as Jack Crowley and Ross Byrne covered for a legend
2 weeks ago
Bundee Aki reminded us all of his best qualities, on a night Ireland couldn't do without him
Next Page