Ronan O'Gara will lead his La Rochelle side into the European Champions Cup Final for the second season running after a true grind in Lens, this afternoon.

Last year's beaten finalists were certainly the better of the tournament's two remaining French sides, but four missed kicks off the tee meant it was a much closer contest than it ever should have been.

END_OF_DOCUMENT_TOKEN_TO_BE_REPLACED

La Rochelle trailed 10-3, coming up to half-time, after a Virimi Vakatawa try and two successful kicks from Nolann Le Garrec. O'Gara's side had earlier had a Raymond Rhule try chalked off, but a Gregory Alldritt score before the break gave them hope.

Ihaia West missed the conversion from that Alldritt try, as well as missing two penalty kicks. La Rochelle would have been thankful, so, when referee Matthew Carley awarded them a penalty try [no conversion necessary] and they went 15-13 ahead. 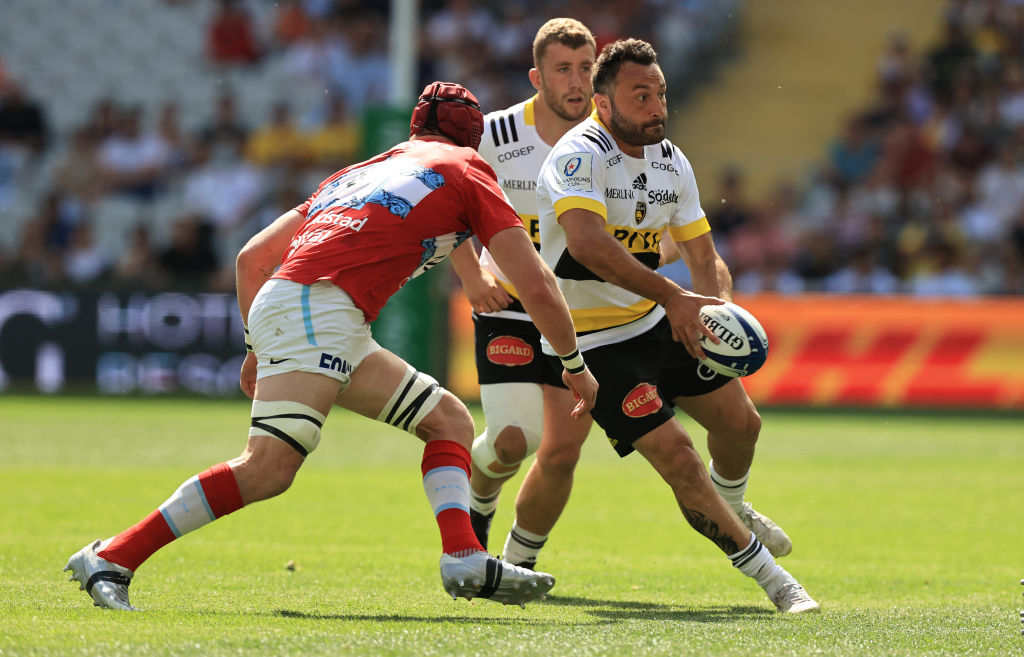 Ihaia West from zero to hero

END_OF_DOCUMENT_TOKEN_TO_BE_REPLACED

Racing survived a tough period when they were down to 13 men, without the scoreboard changing, but then blew two great try-scoring chances when two-on-one opportunities went abegging. Teddy Thomas was guilty of going for glory and being held up, as La Rochelle held on to their narrow lead.

The physical superiority of the Stade Rochelais pack was evident in the closing stages as they hogged the ball. Racing could do little about it, as the clock wound down.

Although he had an abysmal day off the kicking tee, it was Ihaia West that got the clinching try, over in the right-hand corner, with less than 30 seconds to go. Pierre Popelin missed with the conversion [meaning La Rochelle had left 13 points out there from missed kicks] but it mattered not as time had expired.

END_OF_DOCUMENT_TOKEN_TO_BE_REPLACED

Up next for La Rochelle are a seriously in-form Leinster side that beat Toulouse 40-17 in the competition's other semi-final. The two sides met in last season's semis, with La Rochelle beating Leinster.

OUR MAN OF THE MATCH: Gregory Alldritt (Stade Rochelais)


popular
Talksport presenter puts Martin O'Neill to the pin of his collar over Declan Rice and Jack Grealish
World Cup Power Rankings: The top eight pundits of the tournament so far
Rory McIlroy explains 'falling out' with Shane Lowry that lasted a few years
Ballyhale's Colin Fennelly felt Ballygunner's victory speech was disrespectful
Ariel Helwani shares Paddy Pimblett WhatsApp messages as spat becomes public
World Cup Power Rankings: The top 10 players at the tournament ahead of the quarter-finals
Roy Keane scores winning goal past Micah Richards in ITV v BBC pundits match
You may also like
2 weeks ago
Alternative World Rugby Dream Team selected, with two extra Ireland stars
2 weeks ago
"Two Irish players are best in the world" - Rugby reacts to big Josh van der Flier and Terry Kennedy awards
2 weeks ago
Two baffling omissions as four Ireland stars make World Rugby 'Dream Team' of the Year
2 weeks ago
Josh van der Flier claims World Rugby Player of the Year at Monaco ceremony
2 weeks ago
"Highlight of my Ireland career" - Behind the scenes as Jack Crowley and Ross Byrne covered for a legend
2 weeks ago
Bundee Aki reminded us all of his best qualities, on a night Ireland couldn't do without him
Next Page