The Harlequins tighthead prop was having a superb World Cup but did not last long in the final.

Kyle Sinckler has proved himself to be one of the world's best No.3s over these past two months but he only lasted two minutes of the final in Yokohama.

A sickening, accidental collision with England teammate Maro Itoje, as both men tackled Makazole Mapimpi, did for Sinckler and he was left sparked on the pitch.

Ahead of the game, Sinckler was understandably looking nervous and there was a large bin strategically placed beside him in the England dressing room. 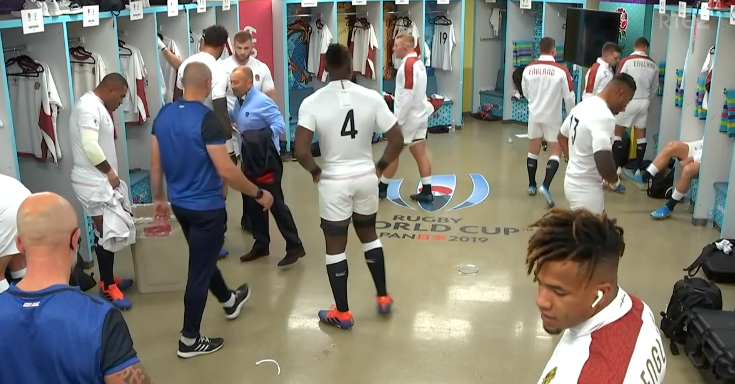 END_OF_DOCUMENT_TOKEN_TO_BE_REPLACED

Sinckler joined his teammates for a rousing rendition of the English anthem but it was South Africa that started brighter.

Handre Pollard missed an early penalty and when Mapimpi took the ball up-field, when Owen Farrell kicked long, Itoje and Sinckler combined for the tackle.

Itoje's elbow made a thudding connection with Sinckler's temple and that was his game over:

What a shame for Kyle Sinckler. To go off so early in a World Cup final must be heartbreaking.

Kyle Sinckler knocked out of the biggest game of his life after just two minutes. Poor guy. Heart-breaking for him.
This is going to be a brutal Final. #ENGvRSA pic.twitter.com/OMM2V7qubH

Less than three minutes gone and the game was held up for several more as Sinckler received treatment on the pitch.

He did eventually come around and was able to walk off the pitch, with assistance nearby, but he would not return. Leicester pop Dan Cole replaced him and would be tasked with finishing out the remaining 77 minutes.


popular
Talksport presenter puts Martin O'Neill to the pin of his collar over Declan Rice and Jack Grealish
Gary Neville sticks up for Ronaldo as contextless pictures and videos taken as gospel
Ariel Helwani shares Paddy Pimblett WhatsApp messages as spat becomes public
Rory McIlroy explains 'falling out' with Shane Lowry that lasted a few years
World Cup Power Rankings: The top eight pundits of the tournament so far
World Cup Power Rankings: The top 10 players at the tournament ahead of the quarter-finals
Roy Keane scores winning goal past Micah Richards in ITV v BBC pundits match
You may also like
17 hours ago
Roy Keane reveals what he wrote about England during Senegal game
1 day ago
Supercomputer predicts outcome of England vs France quarter final
1 day ago
The 10 England World Cup footballers who could have played for Ireland
3 days ago
England fan shouts 'Free Palestine' while live on Israeli TV
3 days ago
Raheem Sterling leaves World Cup after break-in at family home
4 days ago
The full player ratings as England beat Senegal to set up quarter final against France
Next Page