"Not the example I want to be setting."

Kyle Sinckler was frustrated by a borderline tackle, but he allowed his emotions to get the better of him.

Bristol Bears defeated reigning Premiership champions Exeter Chiefs 20-7 at Sandy Park to send a big statement of their 2020/21 title intentions. Tries from Semi Radradra and Harry Randall, combined with 10 points from the boot of Callum Sheedy, saw the champs felled on their own turf.

Following the game, Bristol boss Pat Lam hailed the result as a big win for all involved at the club. "Coming here," he declared, "we were going to get a taste of them being at their best, so we prepared accordingly.

"We talked about what it takes at Test match level, the intensity and physicality. You can’t just rock up with those things, you have got to prepare the whole week. It was a massive effort by everybody." 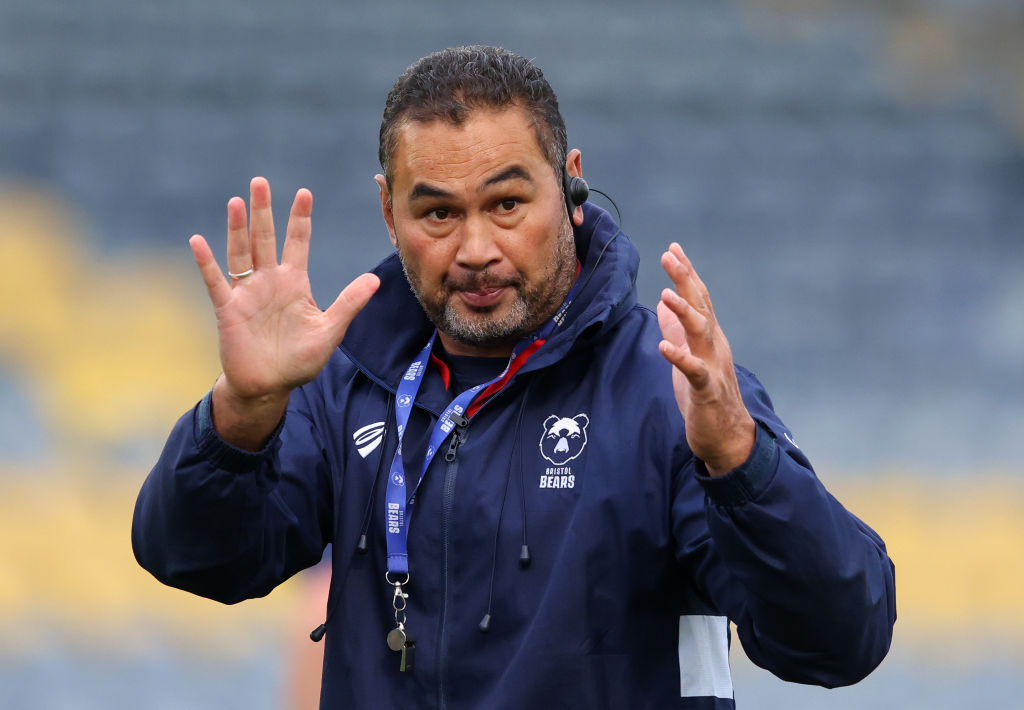 Aside from the obvious league standings implications, the other big talking point of the game arrived when England and Lions tighthead Kyle Sinckler let his emotions get the better of him after a no-arms tackle before Luke Cowan-Dickie.

The Chiefs and England hooker went low and barrelled into the legs of Sinckler, and referee Karl Dickson blew for a penalty to the Bears. Perhaps wanting a stiffer punishment, Sinckler exclaimed:

END_OF_DOCUMENT_TOKEN_TO_BE_REPLACED

The TV microphones on the sidelines picked up Sinckler's outburst and the prop was told, "the language you used is unacceptable," by Dickson. That was the end of the matter, on the field, but many watching felt Sinckler was lucky not to be sanctioned.

Players have been sent off for directing foul-mouthed comments at referees, over the years, with Dylan Hartley (in)famously missing the 2013 British & Irish Lions Tour after being sent off in a Premiership final. His transgression was to call referee Wayne Barnes a 'f***ing cheat'.

Following the game, Sinckler took to social media. Before praising his Bears teammates for the hard-fought win, Sinckler apologised for his comments to Dickson.

Want to apologise for my reaction today. Not the example I want to be setting. Heat of the moment stuff. Will make a conscious effort to improve. My bad 👊

Adding a layer to the on-field exchange, Sinckler used to be a Harlequins teammate of Dickson, who played nine seasons as a scrumhalf at The Stoop before retiring in 2017. Dickson started his journey as a ref back in 2014 and oversaw his first Test match, between Wales and France, last October.


popular
Roy Keane's first impression of Cristiano Ronaldo proved to be very accurate
The SportsJOE 12 o'clock quiz | Day 290
The 14 Irish players Down Under as TG4 come up with the goods once again
Lady Gaga will perform Satanic ritual during Super Bowl halftime show, according to conspiracy theorist
Joe Rogan reveals he could be parting ways with the UFC
Devastating news as Irish athletics legend Jerry Kiernan passes away aged 67
Fernando Torres has got absolutely jacked since retiring from football
You may also like
1 week ago
Ireland's best uncapped prospects for the Guinness Six Nations
1 week ago
Darren Cave tells House of Rugby about one part of rugby he definitely doesn't miss
1 week ago
"He's ruptured his hamstring off the bone and he’s trying to get up into the defensive line"
1 week ago
"We'll start playing touch, shall we?" - Liam Williams' angry red card reaction
1 week ago
Munster secure victory after thrilling Connacht comeback in Galway
1 week ago
Fijian player sent off for picking the referee up in celebration
Next Page