"You'd have to have Earlsie in there, for sure."

Back in March, as Irish rugby was enjoying a 'Told you so' moment [mainly with Johnny Sexton doing the telling], one man was determined to give Keith Earls some shine.

The Munster winger had been on dogged kick-chase duty against Wales and France, and found himself on the bench against Italy in Ireland's third game of the Six Nations. He came off that bench, in Rome, to bag another Test try and we were at the races again.

Against Scotland, he was a nuisance in attack and defence. Against England, it was Earls at his finest. He scored one blinding try and a feathering of a Cian Healy knock-on saw an even better finish chalked off.

Watching Ireland's 32-18 thumping of England was Nemani Nadolo, and he was mightily impressed.

Earls, who travelled with the British & Irish Lions in 2009 but has yet to repeat the honour, followed up those Irish outings with a Champions Cup double against Toulouse, albeit in a losing cause.

The Limerik native is timing his run for Warren Gatland's squad as well as the one he made against England that beat Jonny May, all ends up.

Nadolo joined host Lee McKenzie, Alex Goode and former Lions flanker Seán O'Brien on House of Rugby UK, and he had some good shouts when asked to pick a strong Test XV to take on the Springboks, this summer.

Before we get to the Leicester and Fiji winger's whole XV, let us bask in his comments on the man from Moyross:

"You'd have to have Earlsie in there - Keith Earls - for sure." He continued:

"He's got to be one of the most consistent wingers in world rugby. He just goes about his business.

"I've never met the bloke and never played against him either, but I've always been a fan of how he goes about his business without getting praises, I guess. He's been playing for Ireland for years, and I've great respect for him. He's done really well in the Six Nations, and he just consistently does well.

"As wingers, he's doing good for us old guys! So it's good to see." 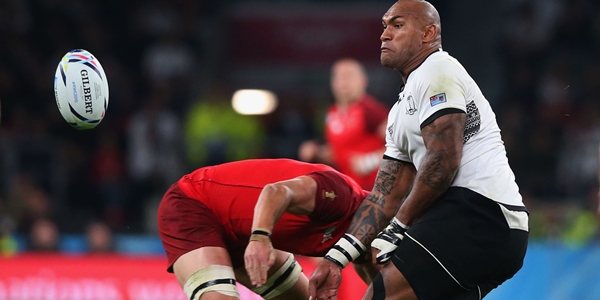 So that is Earls as the first name on Nadolo's Test match team-sheet for the Lions. As for his starting outhalf:

"I know it's a big debate and I'll probably get ridiculed for saying this, but Finn Russell at 10."

Earls has previously got the backing of O'Brien to be a Test starter for the Lions, while Sam Warburton has backed him for the touring squad.

And, if anyone had any qualms about going off the recommendations of Nadolo, O'Brien and Warburton, how about this chap:

The Earls 2021 campaign is gaining steam.