"The Limerick Leader had a headline, 'A Star Is Born'. In the back of my head, I was so jealous!"

Barry Murphy was in the guest's chair for our House of Rugby Season Two finalé but he was delighted to have his dad, Mick, and Keith Earls drop by to share some stories.

With the rugby season in Ireland, and in the Guinness PRO14, due to return on the August 22-23 weekend, Barry and Andrew Trimble will be taking a break between seasons of House of Rugby.

Taking the show into that July break, the former Ireland internationals are taking turns to interview each other on their respective rugby careers, as well as life after hanging up their respective boots. Trimby was the interviewee, last week, so this week was Barry's time to reflect.

Week 15 of remote recording for Baz & Andrew's House of Rugby saw Trimble and Murphy joined for the career retrospective by another former Ulster and Ireland star - Chris Henry. 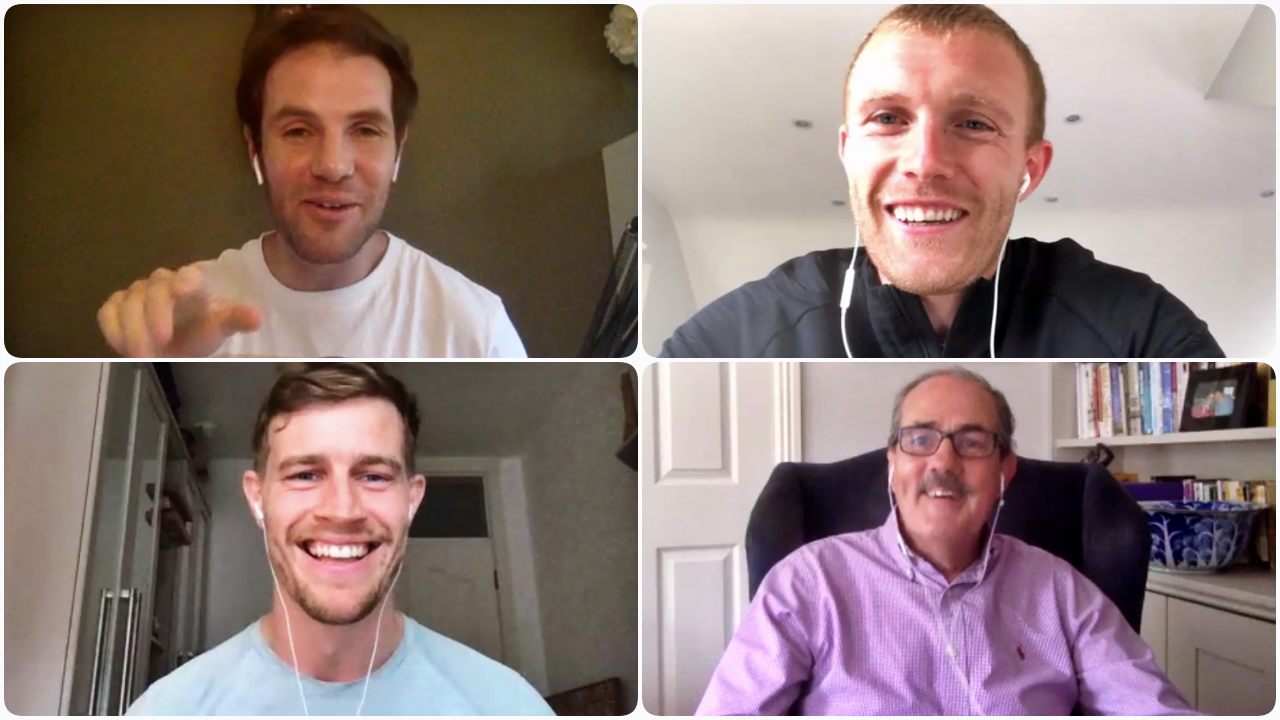 Murphy was part of the Munster squad from 2003 to 2011, and made four Test appearances for Ireland, but a couple of serious injuries prevented him from reaching the heights that many in the game - including coaches and teammates - felt he was more than capable of reaching.

He scored 15 tries in 73 senior appearances with his home province and was a key player on Munster's run to their first ever European Cup triumph in 2005/06. Keith Earls came into the senior squad a year after that memorable European Cup victory in Cardiff, and he already had Murphy's card marked.

"You know," Earls began, "Baz had an incredible season, the season before [I arrived], in ’06. And obviously injuries halted it. A lot of people go on about the Sale game – the Sale try, the incredible try – but I remember his group stage performances as well. I think it was Castres away, Baz. You absolutely ripped it up.

"But the Sale game then, I remember the papers that week. The Limerick Leader was like, ‘A Star Is Born’. In the back of my head, I was so jealous. I was like, in my own head, ‘I hope he enjoys it when he can’. And then when I got in and I met Baz, he was sound to me and I was like, ‘Oh my God, I take all that back’.

"I remember my first season coming in and I was like – obviously I was playing 13 and you were 13 – I was like, ‘Class, now I’ll shift him out of his place!’ But I think Dumper (Tony McGahan) just threw me to fullback and you were playing centre, so it worked out well for us.

"Mafs [Lifemi Mafi] and Baz, when they played together it was… you know, Munster had had great centre partnerships but I think, between the two of them, that was the best two.

"Baz was nearly like… he was one of the first rugby players from Limerick to have that X-factor. Obviously Mossy Lawlor was there as well and Mossy was in massive games for Munster, but Baz just had that ability to turn the game upside down and create something from nothing, and got us young lads excited as well. He was just a Limerick sham, as well, from across the bridge and he was leading the way for us." 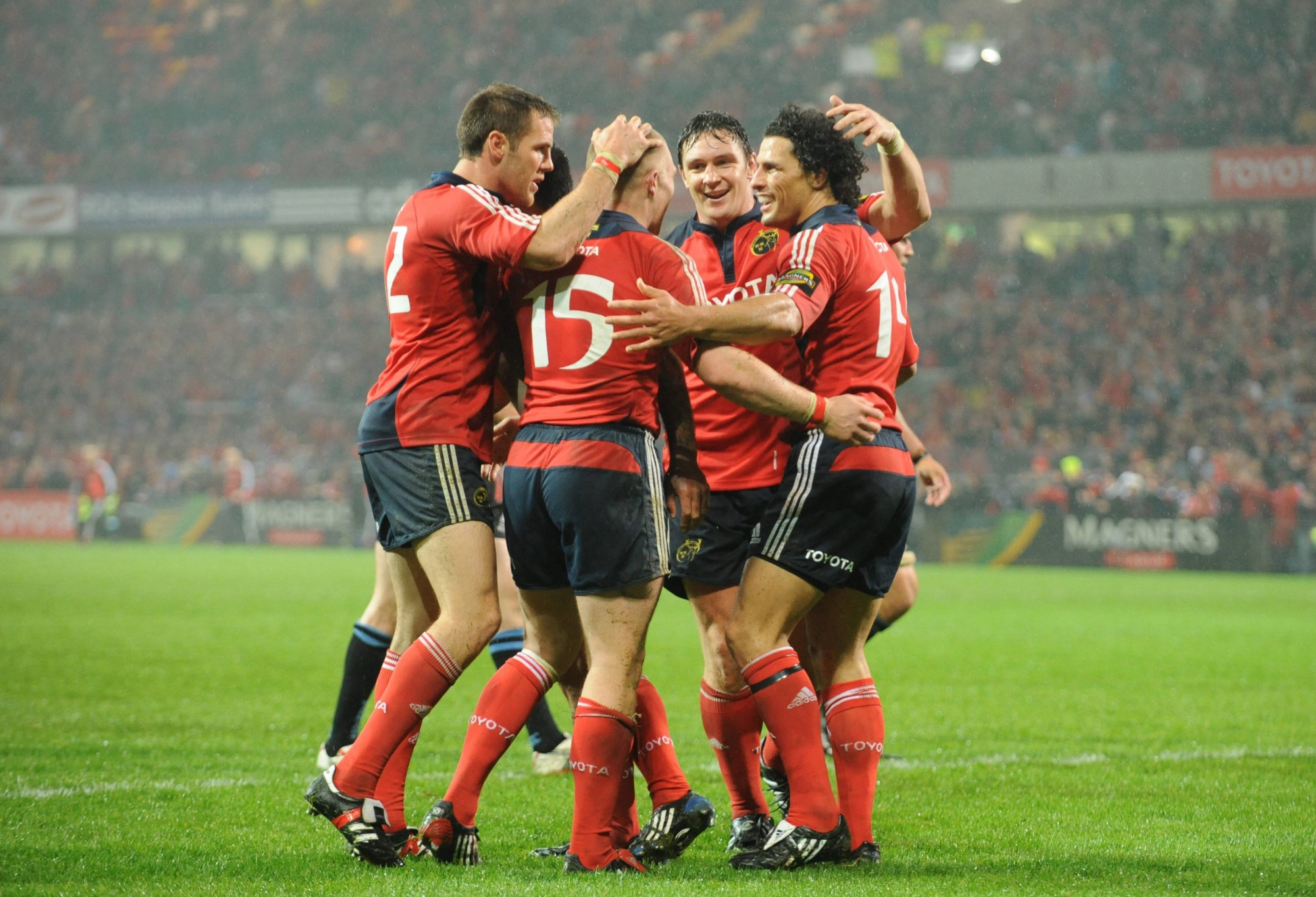 END_OF_DOCUMENT_TOKEN_TO_BE_REPLACED

During one of his periods rehabbing an injury, Murphy started up the band Hermitage Green with his brother. Early band members included Felix Jones, Keith Earls and Ian Dowling 'on the triangle'.

The band has enjoyed great success over the years, released a number of successful songs and has toured extensively. They have performed intimate gigs for the Munster and Ireland squads over the years, with Simon Zebo only too happy to join them on-stage on a couple of occasions.

popular
The SportsJOE 12 o'clock quiz | Day 140
Only a Champions League fanatic would get full marks in this quiz
Joe Rogan reveals he could be parting ways with the UFC
Robin McBryde on training session that sent message to Leinster's international stars
Derrick Lewis will make more money at UFC 230 than his last three fights combined
The moment Liverpool players gave up on Loris Karius has been revealed
The SportsJOE 12 o'clock quiz | Day 137
You may also like
2 weeks ago
Ireland set for Six Nations decider in Paris on October 31
3 weeks ago
We challenge any rugby player to top Jack McGrath's lockdown hobby
3 weeks ago
James McClean opens up on sickening, Covid-related hate mail
4 weeks ago
When the President interrupted a Euro 88 pint between Charlton and Dunphy
4 weeks ago
How an uncultured Englishman conquered Ireland's sporting heart
4 weeks ago
The SportsJOE 12 o'clock quiz | Jack Charlton special (Day 112)
Next Page