"Still, to this day, that is one of my best Lions memories."

It is almost nine years on from the British & Irish Lions heading Down Under to get back on winning track. Justin Tipuric will never forget the words of Paul O'Connell, early on that journey.

In 2013, Tipuric was selected for his first ever Lions tour. Given that Wales had won the Six Nations and Warren Gatland was Lions head coach, it was no huge surprise that that nation had the best representation [15 players] in the squad.

END_OF_DOCUMENT_TOKEN_TO_BE_REPLACED

Ireland had nine players in the original squad but two of them, by 2013, were living legends in what would prove to be their final tours - O'Connell and Brian O'Driscoll.

Tipuric, who was speaking with us this week as helped promote the Guinness 'Never Settle' campaign for inclusion and diversity, sat back and gladly recalled how O'Connell delivered the greatest team-talk in his playing career. 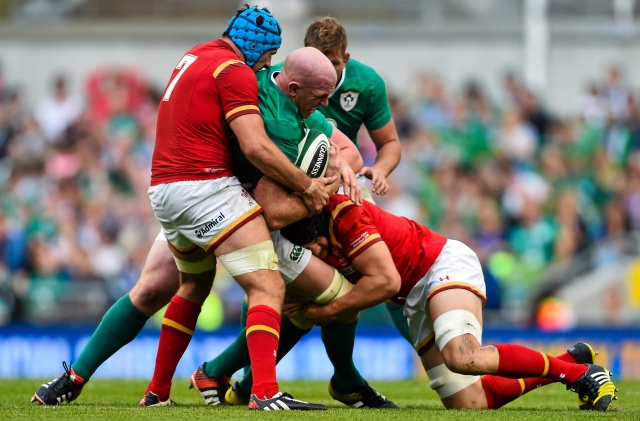 END_OF_DOCUMENT_TOKEN_TO_BE_REPLACED

Given that he has played under the inspirational Sam Warburton and Alun Wyn Jones, as captains, it is interesting to hear Paul O'Connell get mentioned when we ask Justin Tipuric to recall the greatest team-talk he was ever part of.

Both of those Welsh forwards were in the Lions squad, in 2013, with Warburton named as captain. O'Connell had captained in 2009 but was happy to row in behind the much younger Warburton.

For those that think the former Munster, Ireland and Lions captain was all about 'Fear of God' speeches, and fire and brimstone urgings, this dispels that myth. Tipuric comments:

"Heading on a Lions tour, and it being my first, you would have always heard about Paul O'Connell. What stands out was the first time he spoke.

"We had training in the Vale [in Wales], this short camp before we flew out. And obviously you hear about him being this Irish legend, and all that. How many tours he had been on.

"But he just got us together and explained something at the end of this session. And I just remember every word he said. How clear he was and how he spoke and presented himself.

"Still, to this day, that is one of my best Lions memories - how he spoke. And it wasn't like this passionate one, it was just explaining a bit of rugby focus, really. I remember thinking, 'Right that's how I'm supposed to speak when I speak in a huddle'."

END_OF_DOCUMENT_TOKEN_TO_BE_REPLACED

Tipuric says he was in awe, in the moment and for several weeks after. Whenever he spoke to a friend about the Lions, he mentioned that O'Connell talk.

O'Connell fractured his arm in the final 15 minutes of the First Test against hosts Australia and Wallabies captain James Horwill was amazed - having heard the snap out on the pitch - that the Irish lock played on.

That broken arm ruled O'Connell out of the rest of the tour but, such was his positive influence in the squad, Gatland asked him to remain in Australia with them. At the end of the Test Series, which the Lions won 2-1, many of the players sought out O'Connell to present him with the trophy to lift.

Justin Tipuric was speaking on behalf of Guinness, alongside teammates George North and Dan Lydiate. Guinness is working with its partners to make sure rugby is inclusive and welcoming for everyone. To find out more visit www.guinness.com/neversettle


popular
World Cup 2022 Day 10: All the major action and talking points
"I can absolutely say that I have never enjoyed a job more" - McKaigue revelling in new role as Slaughtneil GPO
Iran demand action by FIFA after USA team change flag on social media
"I have equal love for football and hurling" - Sheehy set for two Leinster finals in two hours
World Cup protester releases defiant statement after pitch invasion
World Cup 2022 Day Nine: All the major action and talking points
"I appreciate Moycullen now more than ever" - Cooke's American lifestyle from a Moycullen base
You may also like
1 week ago
"Two Irish players are best in the world" - Rugby reacts to big Josh van der Flier and Terry Kennedy awards
1 week ago
Two baffling omissions as four Ireland stars make World Rugby 'Dream Team' of the Year
1 week ago
Josh van der Flier claims World Rugby Player of the Year at Monaco ceremony
1 week ago
"Highlight of my Ireland career" - Behind the scenes as Jack Crowley and Ross Byrne covered for a legend
1 week ago
Bundee Aki reminded us all of his best qualities, on a night Ireland couldn't do without him
1 week ago
Peter O'Mahony delivered some fitting Jack Crowley comments after surprise Test start
Next Page