Sunday evening brought with it the news, from France, that Ireland's premier outhalf was being courted by a Top 14 side. Again.

Johnny Sexton spent two seasons in France, from 2013 to 2015, with Racing 92 before he returned to Leinster and Ireland. While Racing had a good league campaign in his first season there, the move did not go as smoothly as he would have wanted.

END_OF_DOCUMENT_TOKEN_TO_BE_REPLACED

Sexton's name was linked to a summer move to Top 14 side Lyon. Midi Olympique reported that representatives of Sexton's had met with Lyon officials after the Irish province beat them in a Champions Cup game in France last month.

Sexton is contracted to Leinster and Ireland up until 2021, having signed a contract extension last year, but it is conceivable that he could be released from such a deal if it suited the player and his current employers. Should Ireland, for example, want to look elsewhere for new No.10s, the union may be open to the 34-year-old coming up with a new arrangement.

On the latest episode of Baz & Andrew's House of Rugby [from 51:00], Barry Murphy, Andrew Trimble and Jerry Flannery discussed the prospect of Johnny Sexton not finishing out his career at Leinster. 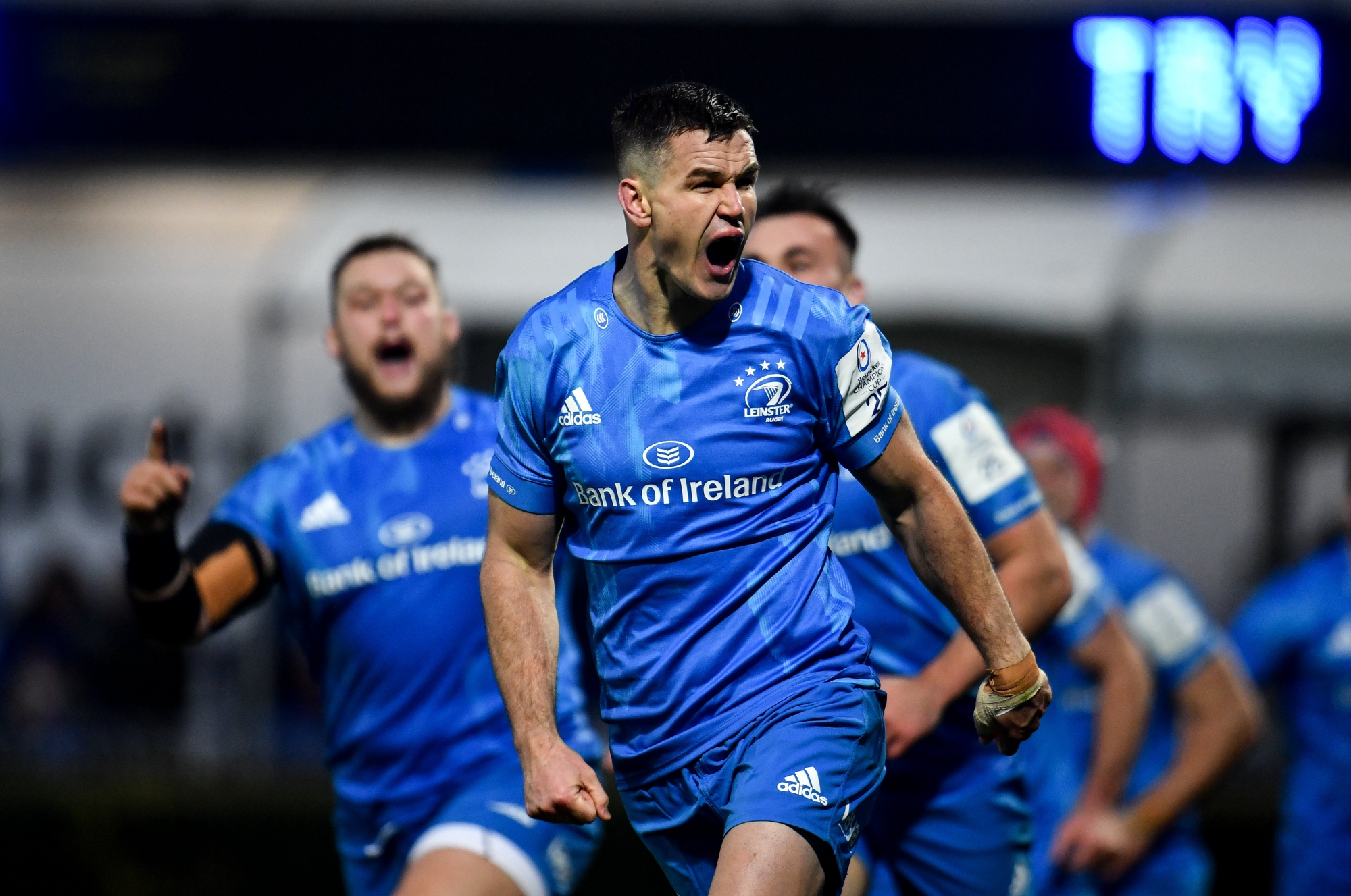 Leinster head coach Leo Cullen told reporters, on Monday, that any talk of Sexton moving away was 'news to us' and he reiterated that the player was on a long-term contract.

MURPHY: But if you're Leinster, you're looking at, you know, keeping him there for as long as possible as a player. But then transitioning him into a coach, I presume.

FLANNERY: I think Irish rugby would slow to want to lose him. Do you know what I mean? They would want to keep him as a player for sure. And I suppose it's just up for him, then. He'd have to chat to his wife and take into account the age of their kids and say, 'Listen, will we go abroad?' Like, how much better is he going to get as a coach, coaching in France? That's the question. How much better are you going to get? When you talk to anyone that's coached in France and they give you feedback, it's a lot different. You know, having a really strong philosophy and learning a good work-flow as a coach.

TRIMBLE: Yeah well if, as I said, that anybody else who did that - who just had two offers - they'd be using that to bump up one. With Johnny, you need to take this seriously and the IRFU probably need to front up, I think. I obviously haven't been chatting to him, I haven't a clue, but I would imagine he's the guy who would be stubborn enough to say, 'If I don't get what I want, I'm going'. And I don't mean financially get what I want. I'm just saying, 'This is where I'm at and this is what I've been offered and I will go'.

END_OF_DOCUMENT_TOKEN_TO_BE_REPLACED

It is worth noting that Sexton did move away to France in 2013 because he felt the IRFU did not value him as much as he valued himself. It would

Midi Olympique also included Lima Sopoaga (New Zealand) and Bernard Foley (Australia) in their Sunday report so it appears they are casting a wide and ambitious net.


popular
World Cup 2022 Day 12: All the major action and talking points
France demand FIFA change result of World Cup defeat over 'rule break'
Cristiano Ronaldo 'agrees £173m-a-year deal' with Saudi club
Damien Duff makes 'brutally honest' England World Cup prediction after Wales win
"Nowadays, even if I don't hit a ball, I don't care as long as we win" - Gleeson learning from the past
Castleknock's Warnock the hero as Maynooth win first ever Ryan Cup final
World Cup 2022 Day 11: All the major action and talking points
You may also like
2 hours ago
From Ireland to Argentina: Alexis Mac Allister's Irish roots explained
6 days ago
Former England international admits he wishes he had played for Ireland
1 week ago
Two baffling omissions as four Ireland stars make World Rugby 'Dream Team' of the Year
1 week ago
Josh van der Flier claims World Rugby Player of the Year at Monaco ceremony
1 week ago
"Highlight of my Ireland career" - Behind the scenes as Jack Crowley and Ross Byrne covered for a legend
1 week ago
Bundee Aki reminded us all of his best qualities, on a night Ireland couldn't do without him
Next Page