First up, the good news.

Johnny Sexton has confirmed that he is fit to lead Ireland into their 2021 Six Nations opener against Wales, in Cardiff, this Sunday.

Having tweaked his precarious hamstring in Leinster's PRO14 win over Munster, the Ireland captain sat out the first proper hit-out of the international window - a full-blooded run-out against Ulster's senior squad, last Sunday.

Addressing the media this afternoon, Sexton delivered the update that will put many Irish supporters' minds at ease. "I trained fully today with the group, thankfully," he said, "and got through that okay, so all available for selection.

"The group trained well today, the lads had a good hit-out at the weekend and we're looking forward to this weekend.

"It only feels like yesterday since we were finishing up the Autumn Nations Cup and a disappointing end to the last Six Nations campaign for us. In many ways, it has been good - we've hit the ground running, it doesn't feel like we've gone backwards. We've taken up where we left off in the last campaign, which is great." 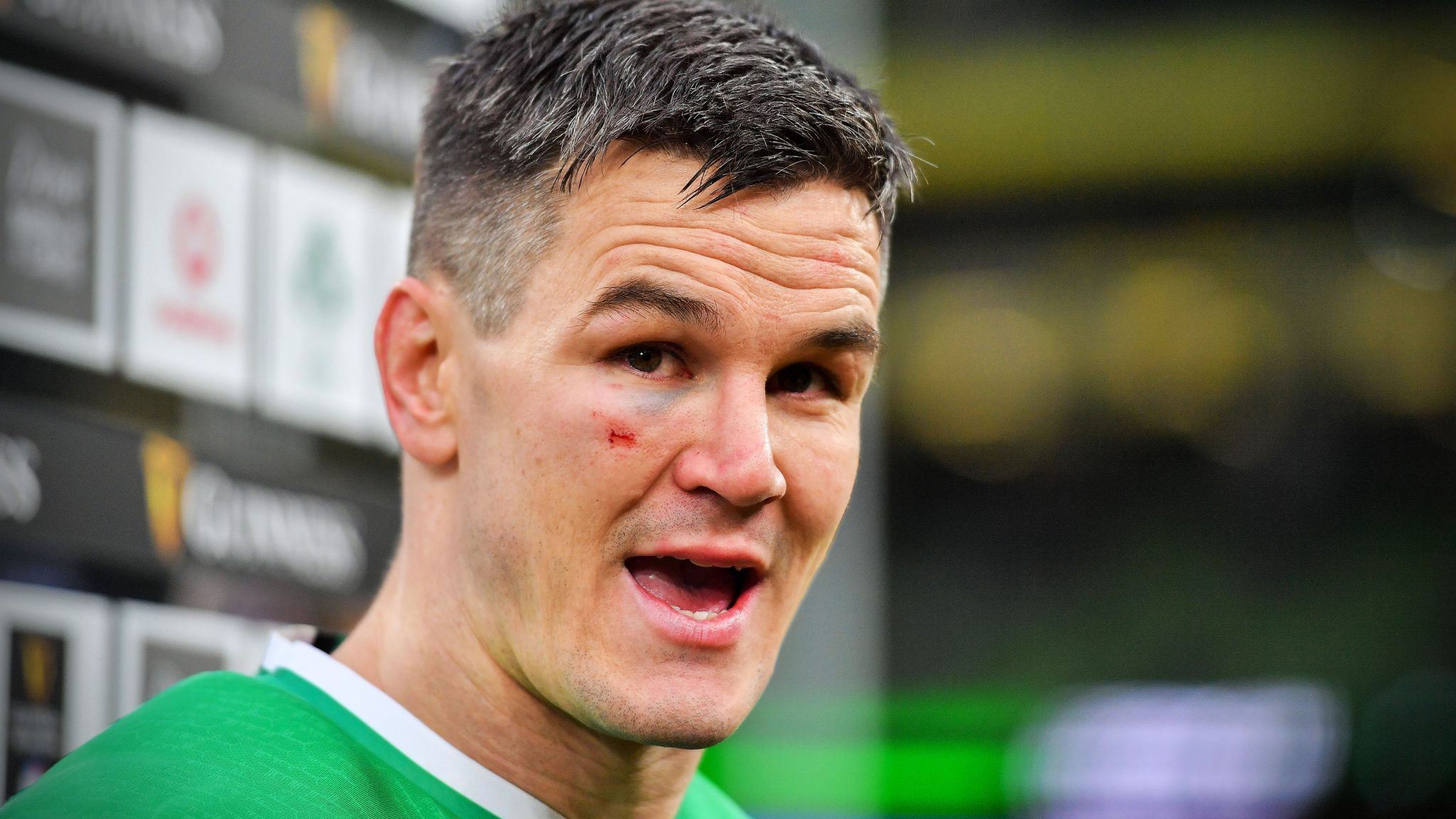 END_OF_DOCUMENT_TOKEN_TO_BE_REPLACED

Ireland have only won once in Wales, in the Six Nations, since their Grand Slam-clinching performance on the final day of the 2009 championship. While Sexton says he would prefer to have '80,000 crazy Welsh people' bellowing away, on Sunday, he notes that most sides are now well accustomed to the empty stadium shuffle.

"All Welsh teams are tough to play against at all times but especially in Cardiff. There's not many teams that go there and get a win, we haven't done it in a long time. The last time we won it, the first game [in 2013], we ended up having an injury crisis and we came second last so it wasn't a great campaign even though we got it off to a good start, so hopefully we can start this weekend in the same fashion and then keep things going.

"We honestly haven't spoken a day past Sunday or thought of a day past Sunday. Everything has been geared up towards this Wales game and we know how important it is to build a bit of momentum in this tournament.

"The way we can start that is by putting out a good performance, first and foremost, and hoping the result takes care of itself if we can play really, really well. We're going to have to if we want to beat a Welsh team away from home." 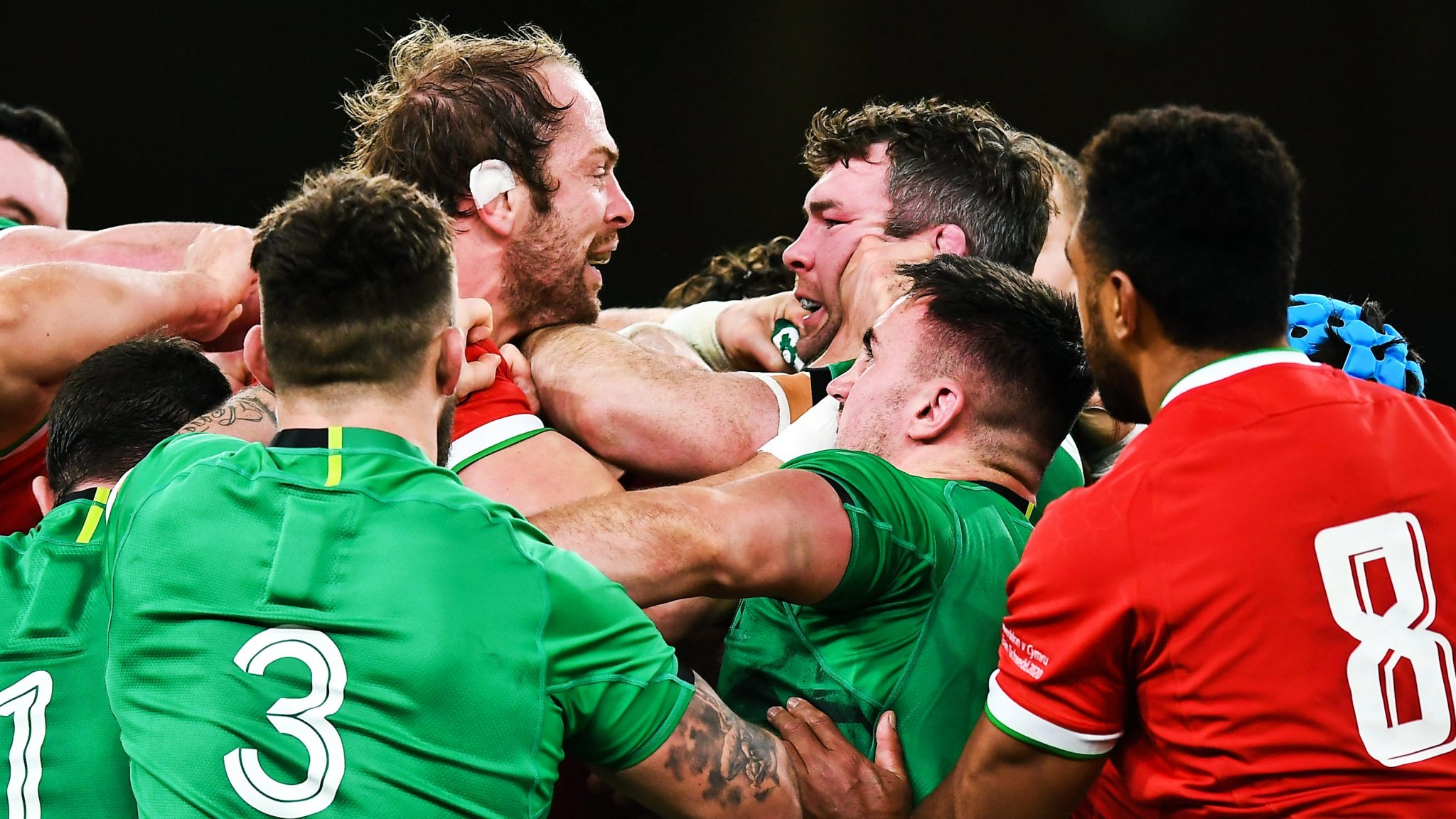 END_OF_DOCUMENT_TOKEN_TO_BE_REPLACED

For the past 15 years, there has been a lot of needle between the two sides. Sparked by Warren Gatland taking over as Wales head coach, there have been lots of barbed comments and controversial moments in matches between the Celtic neighbours.

"Every international is tough, you know what I mean?" Sexton began.

"And Wales have made it clear that I think Ireland are up on their list of most disliked teams. I don’t know if that’s current or if it’s past but that’s been out there. Look, again, we don’t really think about these types of things. We’re honestly just so focused on training at the moment, training tomorrow and we take it day by day and, yeah, we’ve had some tough encounters with Wales over...the last time we were in Cardiff we got hockeyed. It was a particularly dark day. They ended up winning the Grand Slam that day so that was only a couple of years ago.

"That’s the same team with the majority of the same players so we know that any team can have a bad campaign at any stage or a bad game and ultimately you can turn it around pretty quick.

"We’re expecting a top-quality Welsh team. When you look at the players they have through their ranks, look at Alun Wyn up front, you look at their half-backs, with Biggar, the amount of caps that he’s got, Gareth Davies, Jon Davies, Leigh Halfpenny, they are littered with caps through. They have so much experience and they’ve had highs and lows like any international player has and I’m sure they’ll be in good stead come Sunday as well so it’s all systems go now."

The talk is bubbling up nicely. Sunday's encounter should tell us more about where these two old foes are at.


popular
The four stone-cold certainties for All-Stars even as early as this
Kylian Mbappe reportedly wants PSG to sell Neymar
Gavin Coombes one of four Irish players to push themselves into Test picture
"He's actually smiling putting the ball over the bar. He should nearly be fainting." - Ryall on Limerick's legacy
Eamon McGee just couldn't help himself with Armagh-melee tweet
"The economy was one of the big reasons" - Cadogan's move from an electrician to personal training
Richard Keys tears into Gary Neville over 'nonsense' new book
You may also like
20 hours ago
Bundee Aki understandably emotional, as Ireland pay moving tribute to late Sean Wainui
21 hours ago
Full Ireland player ratings after Maori All Blacks teach us an early lesson
1 day ago
"We could lose all five games" - Darren Cave with a rare take on Ireland's chances
1 day ago
Mike Lowry and Peter O'Mahony in First Test contention as Ireland shuffle deck
2 days ago
"Significant" knee injury ends Iain Henderson's tour of New Zealand
2 days ago
Ireland include plenty of new faces in team to face Maori All Blacks
Next Page