2017 ended the debate about Johnny Sexton being Ireland's greatest outhalf

It's only when you watch other out-halves operating in high pressure, high tempo games that you truly appreciate what Johnny Sexton is capable of.

When Ireland defeated Argentina, in November, they did an awful lot of damage by targeting Nicolas Sanchez. When Leinster dug in and came back to beat Exeter at the Aviva Stadium, many of their in-roads and opportunities came about when they bulled through or turned over Gareth Steenson.

In that same Leinster vs. Exeter game, Ross Byrne did not fare well but one suspects his bell was ringing for most of his 66-minute [10 minutes off getting assessed for concussion] spell on the pitch. He was competent at many aspects of the game but sat back too far. It is what Paddy Jackson is often accused of while on Ireland duty.

END_OF_DOCUMENT_TOKEN_TO_BE_REPLACED

24 hours later and George Ford diced it out with Ian Keatley at Welford Road. Both men had decent games, and kicked well, but they often relied on their scrum-halves to do a lot of the spade work and were not serious threats with ball-in-hand. Facilitators with reliable boots, and nerves.

Sexton is in the top three out-halves in world rugby and his role as playmaker and goal-kicker has brought a huge amount of success for Leinster, Ireland and the Lions in recent years.

As a 10, he will always be targeted by big ball carriers and by the forwards and centres sniping around the fringes. He relishes this, however, and all of his teams often use the target on him as an attacking ploy. Against South Africa and Argentina, and again against England and France earlier this year, Sexton was able to put men through gaps and to draw men onto him by playing that high line and delaying passes until the last moment.

He ended the 2017 Six Nations as the favourite to wear the 10 jersey for the Lions. Ireland versus England, in Dublin, had been one of the final auditions and the Irishman had been masterful. 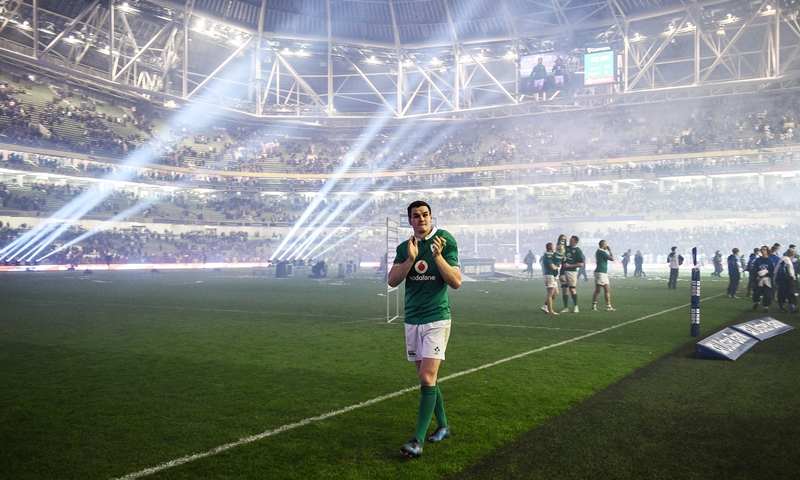 END_OF_DOCUMENT_TOKEN_TO_BE_REPLACED

He ended the 2017/18 in a run of less than stellar form, struggling against Scarlets in the Guinness PRO12 semi-final and getting off to a slow start on that Lions tour to New Zealand. Three bad games in a row is enough to be left behind at the highest level of the game so there were few complaints when Warren Gatland chose Owen Farrell ahead of Sexton for the First Test at Eden Park.

An All Blacks masterclass and ruthless, breathless rugby soon convinced Gatland he had erred and Sexton was back in for the Second Test in Wellington. It was that game and the tie-breaker, which couldn't break the tie, that once again proved Sexton's world-class temperament and ability.

Those games, allied to his tour-de-force for the Lions in 2013, made our mind up. It may have been close before this year but 2017 emphatically proved that Sexton is the greatest Irish outhalf of the professional era.

END_OF_DOCUMENT_TOKEN_TO_BE_REPLACED

He is excellent and consistently so. In his eight Test outings this year [five for Ireland, three for the Lions] Sexton averaged 8/10 in our player ratings. That is the mark of a world class operator. If you have four or five of those men in your team for the big games, you're well on your way to success.

The old debate used to be between David Humphreys and Ronan O'Gara before the Munster man stretched away. O'Gara then duelled with Sexton for the final four years of his career - enjoying some success at the 2011 World Cup. Declan Kidney turned to O'Gara for the quarter final against Wales when Sexton would have been the man to really test that red line.

Saying Sexton is better than O'Gara does not mean the Cork man is not a legend of the game. He is, no question.

Sexton simply transcends that argument now. Some may point to the 2009 Grand Slam as the trump card for O'Gara but Sexton's all-round game, his attacking incisions, his leadership, his stronger defence and the dynamism he brings to each backline he plays with all combine to settle it.

It doesn't need the six Lions Test appearances, winning a series in Australia and drawing in New Zealand, to get it over the line. Those performances and those results are exclamation points.

Over the past five decades, we have been lucky with out-halves in this country and each time we tell ourselves that surely the last one can't be bettered.

They often are. And then the debates begin all over again.