This year's Six Nations could see Ireland share out the captaincy duties.

We are under four weeks away from the 2020 Guinness Six Nations and Johnny Sexton is unlikely to play for Leinster before then. The Leinster captain has been out since he twisted his knee in an early December Champions Cup win over Northampton Saints but he is expected to return in time for Ireland duty.

END_OF_DOCUMENT_TOKEN_TO_BE_REPLACED

With Leinster well set in the Champions Cup and Guinness PRO14, there is no rush, on their end at least, to rush their first choice outhalf back this month. Ross Byrne, Harry Byrne and Ciaran Frawley all had starts over the festive periods and Leo Cullen will have a tough call to make on who backs up the elder Byrne brother for the Lyon and Treviso games, in Europe.

Sexton has form in coming back from injuries and straight into the Ireland XV with few signs of rust, so Andy Farrell will be tempted to start him against Scotland, on February 1, if the 34-year-old declares himself fit.

On the latest episode of Baz & Andrew's House of Rugby [from 52:00 below], Barry Murphy, Andrew Trimble and Jerry Flannery discussed Sexton's return and why he was the frontrunner to lead Ireland through the Six Nations. 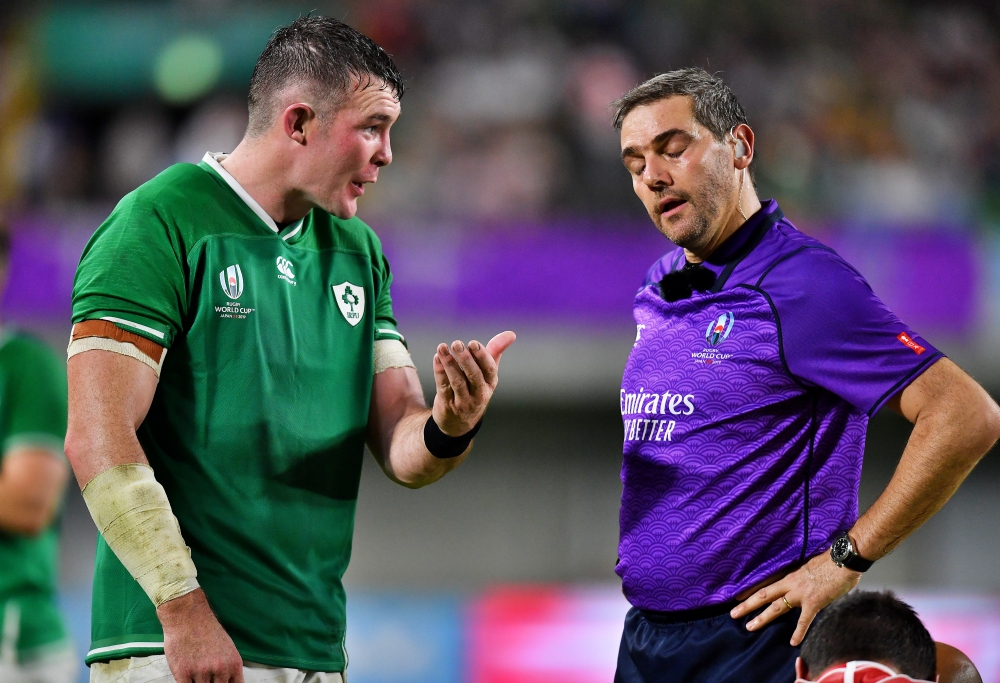 END_OF_DOCUMENT_TOKEN_TO_BE_REPLACED

With Rory Best now retired, Andy Farrell's first Ireland team will garner some extra interest as fans look to see who he has appointed as his captain. There would appear to be three leading candidates - Peter O'Mahony, James Ryan and Sexton - while CJ Stander has captaincy experience in the green jersey.

"If Sexton is fit," says Flannery, "I think Farrell will go with Sexton. He's the only guy that I can look at and say he is going to be in the side."

END_OF_DOCUMENT_TOKEN_TO_BE_REPLACED

Trimble feels that Sexton having the club captaincy at Leinster - and all the extraneous workload that accompanies it - may go against Sexton, but O'Mahony is also Munster captain.

"I think the captaincy has to be deserved," Murphy says. "He wants to be Ireland captain. If you've earned it, you've got to get it." Flannery sees a fit Sexton as a certain starter for Ireland but notes:

"What we don't know is that Andy Farrell may have certain things in his head, and he might say, 'Regardless of how things are going, I need Pete O'Mahony in this side, every single week, because of what he gives me in the lineout and because of his leadership ability. And if Munster are going well through this period, I'll still back him'. That's how it went with Rory as well. Rory's form wasn't always that great with Ulster and they weren't always going that well, but they always backed him and he still delivered for Ireland.

"That's one way of looking at it, while another way is going, 'If I'm picking a captain, they have to be a banker for the team. They have to be one of the first names on the team sheet'. If that's the case, then it's got to be Johnny Sexton."

Sexton and O'Mahony were named as joint captains of Ireland during the 2018 tour to Australia, but the Munster man ended up leading his country out in all three Tests. It is possible that Farrell follows a similar path, although Murphy put forward the name of 23-year-old lock James Ryan.