This is the last thing Ireland, or their fans, need to hear.

Joey Carbery will not play again until the World Cup - if he indeed makes the final, 31-man squad - and Johnny Sexton is in danger of doing likewise.

Ireland went to Twickenham, on Saturday, with out-halves Ross Byrne and Jack Carty in their matchday squad. Heading into the game, Carty and Byrne had five Test appearances and zero starts to their name.

END_OF_DOCUMENT_TOKEN_TO_BE_REPLACED

Neither 10 did particularly well against a charged up English outfit but they had little forward momentum to work with. Few Irish players would leave that Twickenham pitch with their heads held high after a record defeat to England.

Should Carbery fail to show significant progress from his ankle procedure by September 8th, Joe Schmidt will be including both Carty and Byrne in his World Cup squad. Added to the sense of tension around this Irish squad is the fact that Johnny Sexton has yet to feature. 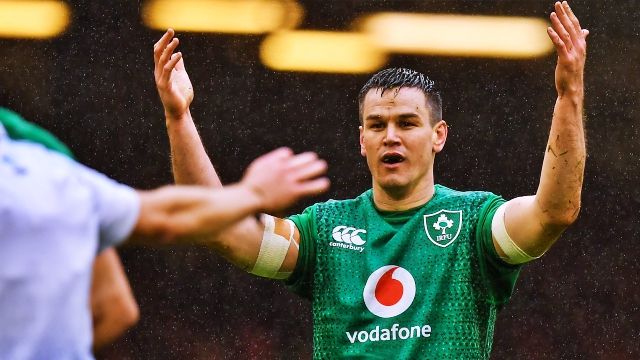 Sexton had a delayed start to full-on pre-season training due to a thumb injury but, after the season-opener win over Italy, Schmidt noted that he had been doing well in sessions out at Carton House. It was expected that Sexton and a handful of other senior stars would feature against Wales, in Cardiff, next week but there has been a reported set-back.

Sexton has sustained a leg injury in training, according to Peter O'Reilly in The Sunday Times, and he is now set to miss that Wales game next Saturday. The piece states that Sexton is "hopeful" of featuring in Ireland's final warm-up game, against the Welsh, on September 7.

Asked about the likes of Sexton and other senior stars featuring against Wales, following his side's 57-15 loss to England, Schmidt told reporters:

"We have a little bit of a plan. Some guys are operating on a pre-season that is just coming to an end so they'll freshen up and then get into the game next week or the week after, depending on how we feel they are going."

Schmidt added, "We'd certainly look at that [getting Sexton game-time]. Guys like James Ryan, Jack Conan, there's a few guys that could come into the picture next week and maybe give a little bit of energy we were lacking today. Guys like Keith Earls, those sorts of guys, we feel, will come in yet and add value."

END_OF_DOCUMENT_TOKEN_TO_BE_REPLACED

There is the likelihood that Ireland are concerned over whether Carbery will be ready to go for the World Cup and that Sexton is being kept out of the line of fire.

Schmidt acknowledged, again, that Ireland need to 'hit the ground running' against Scotland, in their first World Cup game, but they may have to do so with an outhalf, in Sexton, fresh unwrapped from cotton wool.