Johnny Sexton fires back after media reports speculating on concussion

"We've been here before."

Ireland captain Johnny Sexton has come out strongly after a slew of media reports speculating on his concussion history.

Sexton left the field with 11 minutes to play of Ireland's 21-16 defeat to Wales, last Sunday, after taking an accidental knee to the head from flanker Justin Tipuric.

END_OF_DOCUMENT_TOKEN_TO_BE_REPLACED

He is currently undergoing Return To Play protocols but is hopeful that he can feature for Ireland in Sunday's game against France at the Aviva Stadium.

The French media have followed the story with much interest since the incident occurred with both Antoine Dupont and Julien Marchand being asked for their opinions on the matter. On Tuesday, Marchand told French reporters:

"Of course it is not a good thing if someone is concussed, that he was knocked out and took several blows to the head.

"We are beginning to learn a little about the damage that can happen later in one's life. After all that, though, nobody else can speak for him. We do not know what he has exactly. Maybe he just took a blow to the head and everything is fine. This whole procedure is a delicate matter.

"Personally if I had been knocked out or taken a heavy blow to the head I would give up my place for the game this weekend. But it is not for me to answer in the place of someone else. He (Sexton) will reply for everybody and we will see this weekend." 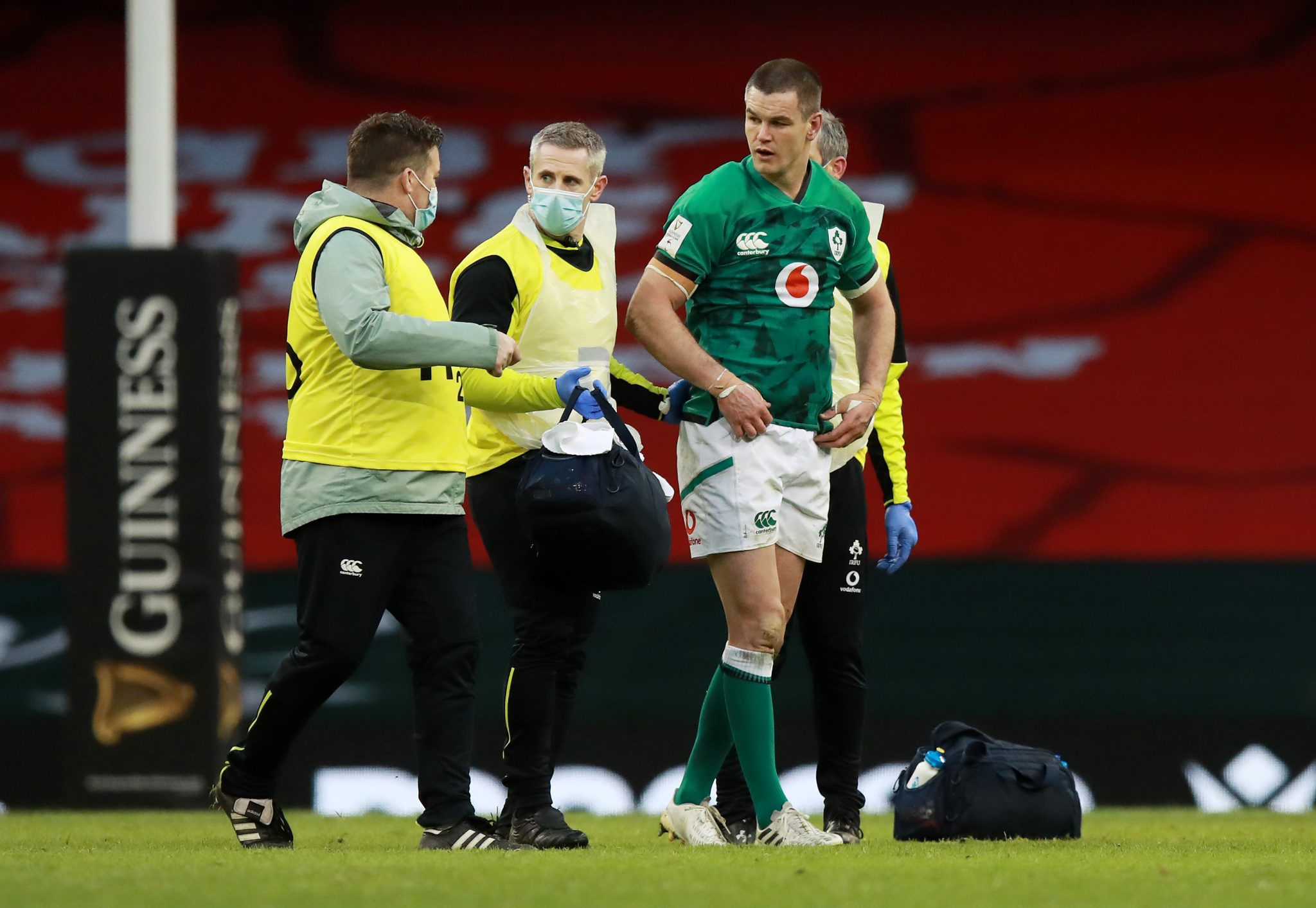 There was also the matter of a feature interview with the doctor, Jean-François Chermann, that advised Sexton, back in late 2014, to sit out for 12 weeks after he was concussed twice in a short period of time.

Following that, Jean Chazal, who worked with the French rugby union until 2018, told RMC that, "Sexton collapsed as a boxer who has received a violent uppercut."

At this afternoon's press briefing, Sexton fired back at the coverage, particularly in France. He commented:

"I'm pretty saddened and shocked by the inaccurate reports that were thrown out yesterday [about concussion]. We've been here before... to me it is completely inappropriate."

END_OF_DOCUMENT_TOKEN_TO_BE_REPLACED

Sexton said the reports were not only inaccurate but were not the sort of thing he wanted his wife and children to read, see or hear.

Should Sexton get the all clear, as part of the RTP protocols, later today, he should be okay to do contact training with the wider squad on Thursday. The Ireland team to face Les Bleus will be named on Friday morning.


popular
Iran demand action by FIFA after USA team change flag on social media
World Cup 2022 Day Nine: All the major action and talking points
"I appreciate Moycullen now more than ever" - Cooke's American lifestyle from a Moycullen base
Roy Keane's issue with Argentina star could rival Graeme Souness and Paul Pogba
GAA JOE Team of the weekend
Roy Keane makes quip about Declan Rice and Jack Grealish after England lose player to Germany
'I was so stressed the week before the All-Ireland and I ended up having a panic-attack' - O'Shea and O'Sullivan open up
You may also like
3 days ago
Former England international admits he wishes he had played for Ireland
1 week ago
Two baffling omissions as four Ireland stars make World Rugby 'Dream Team' of the Year
1 week ago
Josh van der Flier claims World Rugby Player of the Year at Monaco ceremony
1 week ago
"Highlight of my Ireland career" - Behind the scenes as Jack Crowley and Ross Byrne covered for a legend
1 week ago
Bundee Aki reminded us all of his best qualities, on a night Ireland couldn't do without him
1 week ago
Peter O'Mahony delivered some fitting Jack Crowley comments after surprise Test start
Next Page