The spasm that emitted from John Hodnett as he law sprawled out on the turf was the most worrying sight of all.

The Munster flanker was in the middle of taking it to England, for the second time in four months, when Wasps hooker Alfie Barbeary took exception.

Hodnett had been a nuisance to the English all afternoon, in the U20 World Championship at Santa Fe, and Barbeary had been forced to look on from the bench for 61 minutes of it.

END_OF_DOCUMENT_TOKEN_TO_BE_REPLACED

With England 28-26 behind and the game going into the final 15 minutes, the replacement hooker was fresh off the bench and was eager to make something happen. All he managed to do was lift and dump Hodnett in a move so crass and dangerous that he may well not feature again in the tournament.

Hodnett had already been cleared out of a ruck but, such is his nature, that he sprung back up and wanted to get involved again. Barbeary hooked one arm around the Munster man's knee and lifted him up over his head before dropping him right on his neck. 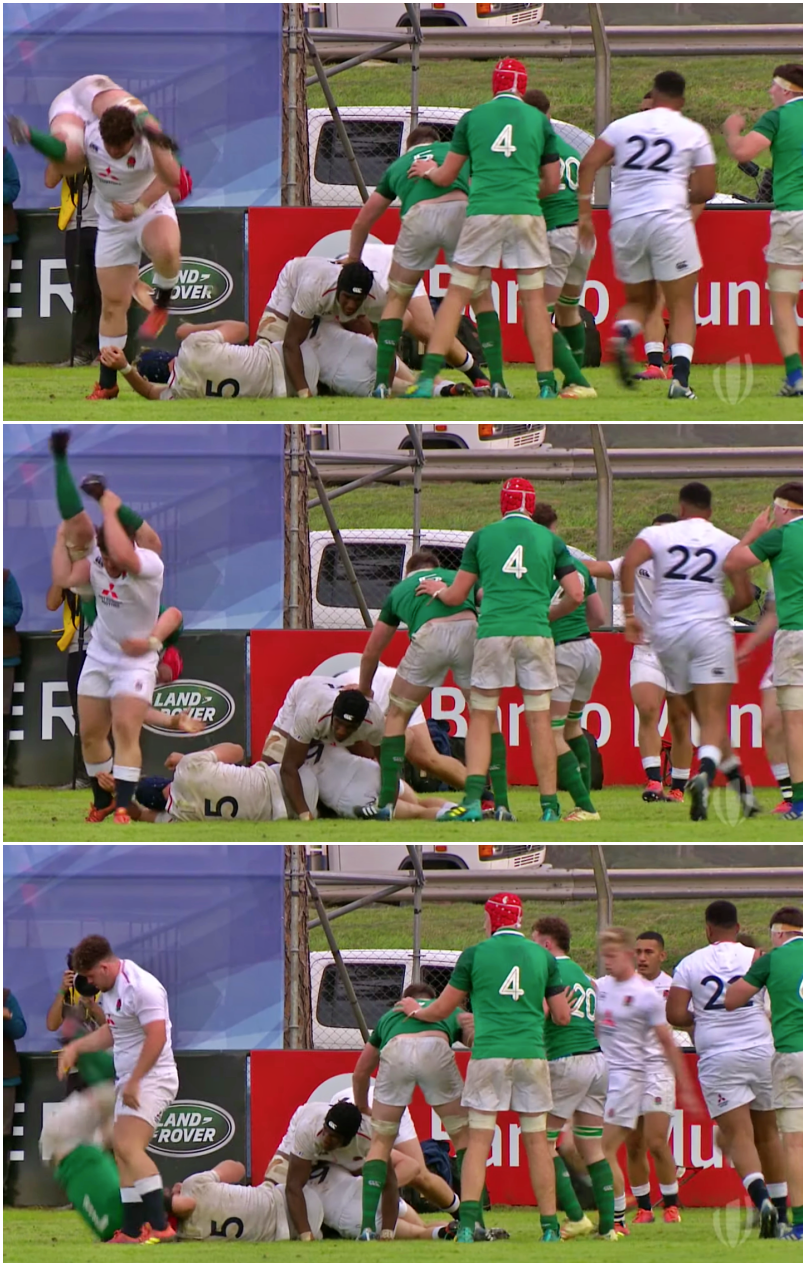 There was a grim sight of Hodnett sprawled out before his right leg, and then his left arm, spasmed.

He gripped his chest as a melee ensued just feet away and Australian referee Damon Murphy rushed to intervene.

END_OF_DOCUMENT_TOKEN_TO_BE_REPLACED

Incredibly, though, John Hodnett was able to continue after receiving treatment. Whether or not he should have been allowed to after reviewing the replays is another matter, but it is testament to the UCC player's fortitude and willingness to compete.

As Barbeary trudged off - his red card adding to a couple of yellows the England side accrued - Hodnett rejoined his pack-mates for a crucial scrum.

England were forced to put a back in the scrum and Ireland took advantage out wide left. Craig Casey found Ben Healy and the sub backed himself to dart for the corner and score.

Then, eight minutes after it was almost game over, Hodnett scored Ireland U20s' final try of the match. The back-row was excellent in Ireland's Grand Slam campaign and was able to ride this nasty dint to help his side to another big win.

You can catch the full match highlights here:


popular
The FootballJOE Pub Quiz: Week 11
Man United's tactical issues summed up in six shocking screenshots
Manchester United players 'lose faith' in Solskjaer after Liverpool pasting
O'Hora and Keegan hammer into each other, both of them only revelling in it
McBrearty has dramatic equaliser ruled out as Naomh Conaill win Donegal grudge game
Jesse Lingard seeks to clear up what United fan shouted when he was warming up
Liverpool's half-time words in Old Trafford dressing room will please fans greatly
You may also like
6 days ago
"Where Johnny Sexton is so important to us now is being able to pass the baton"
6 days ago
"I'd love to finish on home soil but I can't see it. I won't be playing in the next Six Nations"
1 week ago
Ireland star Will Connors on his rude awakening playing GAA in KIldare
1 week ago
Andy Farrell's Ireland squad for November internationals to feature some exciting talents
1 week ago
Picking Ireland's best back row as multiple candidates hit early form
1 week ago
Caoimhín Kelleher could carve out a career at Liverpool
Next Page