"Everybody is in turmoil... we'd be oblivious if we thought nothing would happen to us"

"We would have been a bit in our own worlds if we thought nothing would happen to us."

With the 2019/20 rugby season delayed indefinitely - as the world gets to grips with the Covid-19 pandemic - the IRFU and Rugby Players Ireland were quick off the mark with a pay deferral deal for the country's professional players.

The deal, announced on March 20, is a pay deferral model for all employees across the four Irish provinces. According to a joint statement, it is based on an equitable sliding scale which ranges from 10% to 50%, will be effective from April, and beyond if required, but will remain subject to constant review of the financial circumstances of the IRFU and provinces.

The plan is to go back to full pay, and repay any deferrals, as soon as possible. Yet, with no rugby looking likely before June and July, at the earliest, Ireland's top players are facing an uncertain time of it. While it has not been confirmed yet, the summer tour to Australia is set to be called off.

When rugby does return, the first raft of games are likely to be played behind closed doors as mass gatherings of spectators will be prohibited for many months to come.

Ulster and Ireland star John Cooney spoke out the ever-evolving situation when he joined Barry Murphy and Andrew Trimble for the latest episode of Baz & Andrew's House of Rugby [from 25:20 below]. 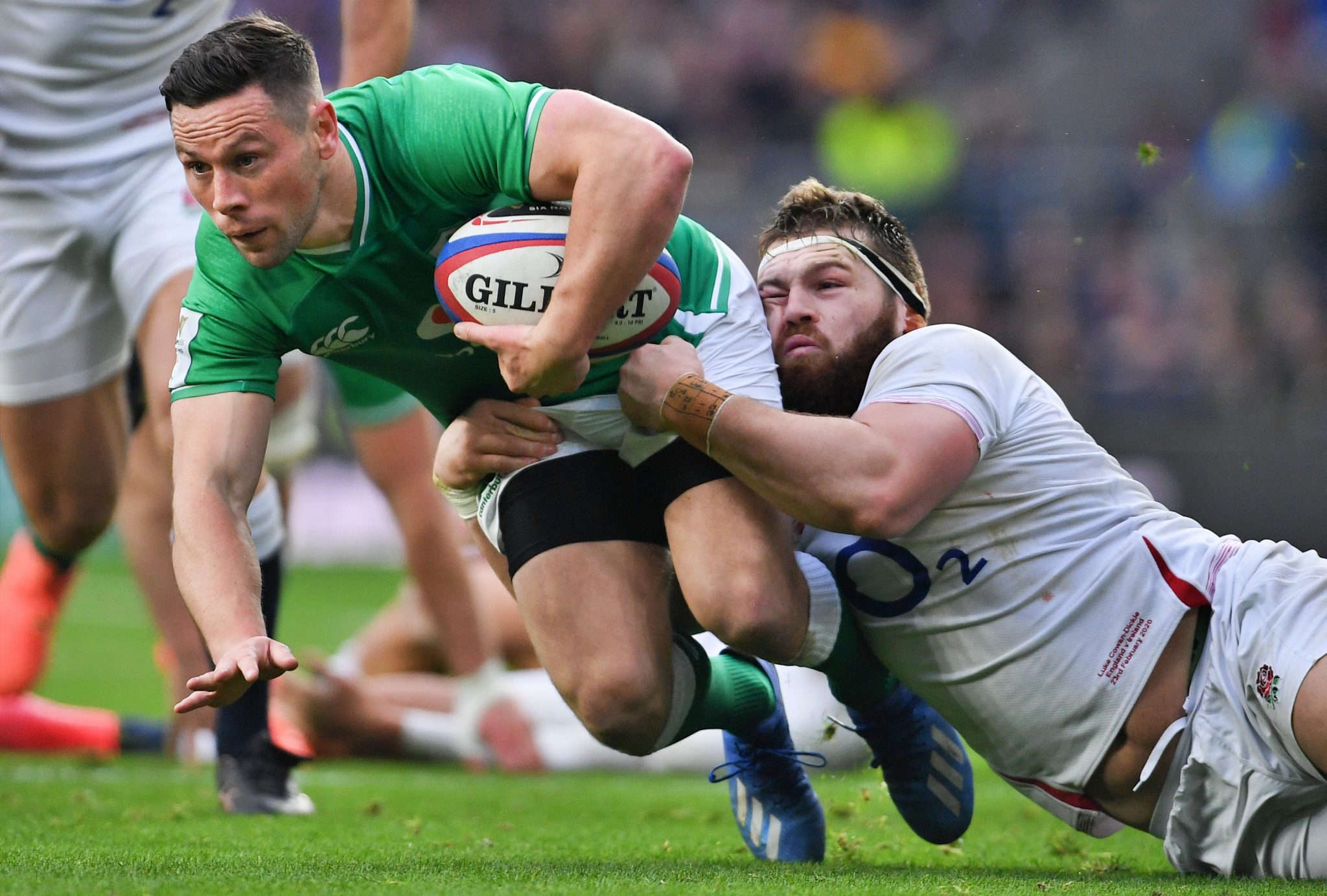 Cooney's Ulster were well placed for a run at both the Guinness PRO14 and European Cup when the season was halted.

END_OF_DOCUMENT_TOKEN_TO_BE_REPLACED

"We don’t know what’s going to happen," says Cooney. "It doesn’t look likely at the moment but it would be great for Ulster, because in the position we’ve been in all year we’ve been going well. So I was very optimistic with us, in Europe and the PRO14, of how we could do."

Trimble asked about the pay deferral, which he described as 'a pretty amazing gesture, from the players' perspective'. The scrumhalf commented:

"If you look at the world at the moment, everybody is in turmoil or worried about getting cuts. People are getting their jobs lost, and stuff like that. I think, in the grand scheme of things, [the pay deferral] is okay. It's going to happen everywhere.

"We'd be a bit oblivious if we thought nothing was going to happen to us. For me, I didn't see it as an issue as the world is struggling at the moment. It is what is is. Your overheads are going to be lower because no-one is travelling and spending as much money. I think you've got to live within your means. We would have been a bit in our own worlds if we thought nothing would happen to us."

We are all in this together. That is how Cooney sees the current situation and he is doing his part by staying at home as much as possible. He has even set up a home gym to stay fit while the rugby season is on hiatus and has acquisitioned a rake of gym equipment from Ulster Rugby.

As for playing out a truncated end of 2019/20 season behind closed doors, the Dubliner is down for that possibility should the cards fall that way.

popular
Eric Dier calls Dele Alli on his tantrum in All Or Nothing changing room row
The SportsJOE 12 o'clock quiz | Day 181
Sean Kelly sums up emotion of a nation as Sam Bennett all but sews up the green jersey
"I've always said I'll go back and play. I'll 100% play with Portlaoise again, and I really want to play for Laois"
The Tipp minors who beat Dublin's golden generation: the ones that got away
QUIZ: Can you name the 5 Man United players in 15 seconds?
The SportsJOE 12 o'clock quiz | Day 179
You may also like
4 days ago
Anthony Stokes has Livingston contract terminated after Astro Turf struggles
5 days ago
Andy Farrell will be sorely tempted to finish the Six Nations with these lads
1 week ago
Controversial disqualification gives Sam Bennett massive green jersey boost
1 week ago
Not a dry eye in Ireland as Sam Bennett breaks down after Tour de France triumph
1 week ago
Ireland set to face England, Wales and Georgia in 8 Nations tournament
1 week ago
"My gut was like, 'Stick Shane Duffy up front and let's go long'"
Next Page