Given the injury suffered by Joey Carbery, it is surprising to see a versatile player like Cooney cut loose.

Joe Schmidt and his coaching team have made further cuts to their World Cup training squad, with John Cooney, Mike Haley and Finlay Bealham the unlucky men to miss out.

The departure of Cooney from the squad that flew out to Portugal on Wednesday morning is the big news. The Ulster scrumhalf is fresh off the back of another fine season with his province, and during which he featured in Ireland's November games and the Guinness Six Nations. 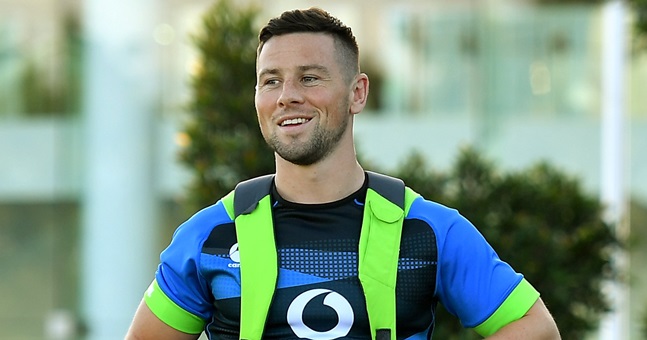 John Cooney primarily plays scrumhalf but can cover outhalf too. A statement from the IRFU reads:

'Joey Carbery will rehab his ankle injury with the national squad and is expected to be available for selection in 4-6 weeks.

'Devin Toner’s ankle knock has not presented any further issues while Rob Herring who retired from the game early due to a back spasm has also fully recovered.

'Finlay Bealham, John Cooney and Mike Haley have returned to their provincial bases.'

Haley made his Ireland debut off the bench against Italy, last Saturday, while Bealham has nine caps to his name (two starts) and last featured against the USA in November 2018.

Ireland are up in action again on August 24 against England, at Twickenham.

YOU CAN WATCH THE FULL EPISODE HERE: